Life of Brian isnt't blasphemous at all. It's heretical.
-Eric Idle 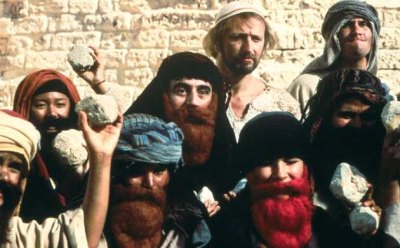 Comedy as we know it today would not exist without Monty Python. Five Brits (Eric Idle, Terry Jones, Michael Palin, John Cleese, and Graham Chapman) and one American (Terry Gilliam) changed the face of humor. Moving away from the "setup/punchline" formula that comes so naturally, the group proved that there were untapped sources of humor in randomness, the juxtaposition of disparate elements, and men dressing as women. Ask any major comedian today about their major influences, and they will all mention Monty Python without fail. The group had a TV series, several albums, and three original movies (...And Now For Something Completely Different was an anthology film designed to introduce the troupe to America). Of those, Life of Brian is the sharpest, funniest, and most consistent.

Poor Brian Cohen (Graham Chapman). A star marked the moment of his birth. Well, not his birth, really, but the birth of the baby in the manger next to his. You see, Brian is a Jew, born at the same time as Jesus Christ. From that point on, he's always finding himself in that more famous Nazarene's shadow, living a parallel life. For the most part, things aren't so bad. His mother, Mandy (Terry Jones) is a whore, and he doesn't know who his father is. He hates the Romans who occupy Jerusalem, and gets his chance to do something about it when he's offered the opportunity to join the People's Front of Judea (not to be confused with the Judean People's Front), a revolutionary group who want to throw off the yoke of Roman oppression. However, the work is rather dangerous and in an attempt to escape a Roman centurion, Brian finds himself mistaken for a messiah. At first he denies the role, until it gets him laid. But it might also get him killed.

Life of Brian has a strikingly brilliant premise. By following someone who isn't Jesus, but whose life is very similar, they had the freedom to lampoon the traditions of organized religions and the human nature to look for meaning where there might not be any. The film is the most thematically ambitious of any of the Python projects, tackling a subject that affects just about everyone. When it was first released, it was attacked by religious groups. However, if one stops to think, the film never attacks Jesus or his teachings. It does make one look at the power structures that build themselves up around religious figures and the dangers of dogmatic thought. Pretty heady stuff for a comedy group. 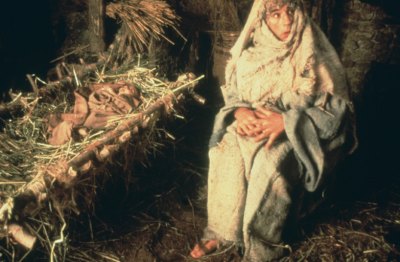 Of course, the best humorists use their comedy to make their points for them, and no one writes a better joke than the Python gang. The film is uproarious from beginning to end, with almost every scene having become a classic routine. Where to start? You've got the Three Wise Men mistaking Brian for Jesus, and being rather rude to Mandy when they realize their mistake. There's the constant bickering between minor revolutionary groups, all with very similar names. And of course, there's the musical finale "Always Look On The Bright Side of Life," sung by a group of criminals being crucified.

It's not just the scenarios that are good, but the quality of the writing is razor sharp. There's a scene where John Cleese plays the head of the People's Front of Judea, trying to rile up his followers, asking what the Romans had ever done for the Jews. In classic Python style, someone pipes up, saying, "Well, they did give us the aqueduct." From that point, we get a long list of all kinds of beneficial developments, all brought by the Romans. At the end, Cleese, still trying to make his point, says, "All right, but apart from the sanitation, medicine, education, wine, public order, irrigation, roads, the fresh water system and public health, what have the Romans ever done for us?" Again, perfectly bringing into focus the stupidity of people who refuse to think for themselves, without ever coming out and actually saying it.

Another impressive aspect of Life of Brian is Terry Gilliam's detailed production design. I once had a history teacher who said that if you ever want to see the most accurate depiction of life in the Middle Ages, look no further than Monty Python and the Holy Grail. Even though the events are absurd, the environments effectively recreated the squalor in which people lived. The same goes for Life of Brian. Everything is satisfyingly of the period, and feels lived in. Jerusalem is in a desert, and this is one of the few Biblical films that actually feels dusty. People have dirt and grime on their faces. The clothing is rough and raw. The group even understood fairly well the relationships between the Romans and the Jews, and the intricacies of Judaism itself. The details make the comedy even more effective.

Words really can't do Life of Brian justice. It's a comedy classic where any given minute is funnier than just about anything else you'll ever see. It's the pinnacle of the Python's film work, and maybe of their entire output. It's essential viewing for anyone who likes to laugh, and anyone who likes to think. 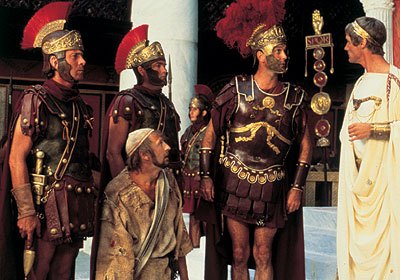 The Image:
Sony presents Life of Brian in its original aspect ratio of 1.85:1 in an AVC-encoded 1080p transfer. This is the best I've ever seen Life of Brian look, and that includes the theatrical re-release I caught a few years back. The film was a low budget British production from the late 70's and looks it, with plenty of grain and a color palette that's less than vibrant. Then again, it was also shot in a desert, so how colorful can it be? The real pleasure is looking at the consistency of the image, which is stable and filled with detail and depth. It has a very strong film-like quality to it, but without all of the dirt and scratches that come from watching it on 35mm. I caught things in this release that I've never seen before, and was very impressed with every aspect of it.

The Audio:
Despite including two lossless track, Dolby Digital True HD 5.1 and PCM uncompressed 5.1, there's simply no hiding the low quality of the original audio recordings made for Life of Brian. The production tracks are thin and at times there's audible hiss. And the surround speakers aren't doing much outside of the score. I usually hate to be brief in the technical sections of a review, but there's just not much to say about the audio here. It's serviceable and you can hear the jokes. 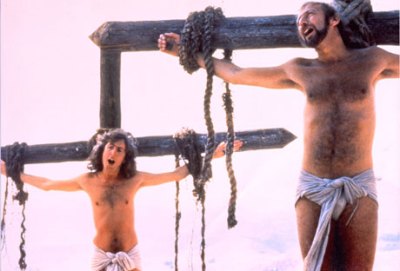 The Supplements:
Sony has included a hefty collection of extras for Life of Brian. While we don't get everything that was on the Criterion Collection DVD, there's still a hell of a lot to enjoy here, even if it's all in standard definition. 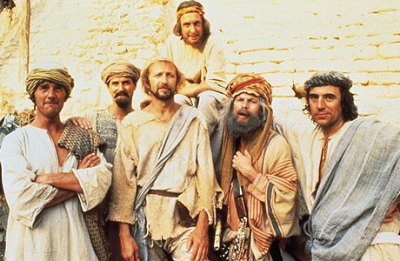 The Conclusion:
Life of Brian is a comedy classic and the most cohesive and intelligent work ever done by Monty Python. The quality of the writing and the performances are peerless. This Blu-ray offers the best image quality Life of Brian has ever had, and a strong series of supplemental material that well complements the meat of the film itself. Whether you're religious or not, a Monty Python fan or not, you owe it to yourself to own this movie. Highly Recommended.

Note: The images in this review do not represent the image quality of the Blu-ray.