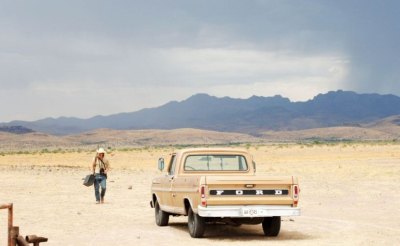 The Coen Brothers have practiced their particular brand of cinematic mayhem for over twenty years. They've jumped genres multiple times, from the crime yarns of Miller's Crossing and Fargo to the absurdism of Barton Fink and The Big Lebowski. Each of their works is unique unto itself, creating their own worlds with a cohesive internal sense of logic. But for all of that, practically every Coen film works as part of a larger whole: the sum of the pair's obsessions. However, with the lackluster one-two punch of the aptly titled Intolerable Cruelty and the "good, not great" The Ladykillers, it seemed as if perhaps the Coens were losing their touch. While neither were badly made (although Intolerable Cruelty suffers from the worst case of aimlessness the Coens have ever had), neither of those films touched on a vital nerve the way that every one of their movies from Blood Simple to The Man Who Wasn't There had. That's why No Country For Old Men is such a necessary project for the two. Not only does it return the pair to the styles that made them famous, but it cuts to the bone.

Llewelyn Moss (Josh Brolin) is both the luckiest and unluckiest man in Texas. While hunting antelope, he stumbles upon the remains of an old fashioned drug deal gone bad. While one survivor gaspingly begs for water in Spanish, Llewelyn lays eyes on a briefcase full of cash. Seems Moss is also something of a survivalist, as he takes every precaution he can think of to avoid detection. But, despite getting away seemingly without leaving a trace, Moss can't help but go back to give water to the survivor. Doing so puts him on the radar of the man hired to track down the cash, Anton Chigurh (Javier Bardem). Chigurh isn't just a hired hand, though, he's a cold blooded killer, capable of cutting short anyone's lives without a second thought. Now the two men are locked in a deadly game of cat and mouse, witnessed from a distance by small town Texas sheriff Ed Tom Bell (Tommy Lee Jones). 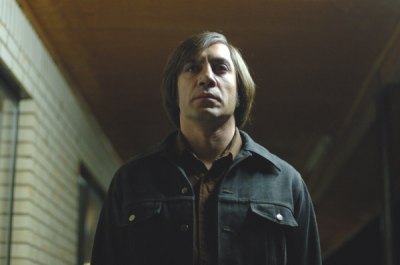 No Country For Old Men is in many ways a summation of the Coens' career up to this point. It's got just about everything that distinguishes the pair's work. For one thing, it's a crime caper, like many of their classic pictures, including Blood Simple, Miller's Crossing, and Fargo. However, unlike those previous works, No Country For Old Men feels unscripted, as if everything is unfolding in front of you. You genuinely don't know what to expect next, a trait aided by the inclusion of Anton Chigurh. Played with Oscar winning gusto by Javier Bardem, Chigurh is the most interesting psychopath since Hannibal Lecter. He's methodical and relentless, but he's also willing to let fate have its say (but only when the outcome doesn't matter). Listening to the special features, the Coens mention that Chigurh as written was rather faceless, and they needed an actor who can fill out the role without giving too much away. Bardem rides the wave perfectly, making Chigurh endlessly fascinating with a gesture, a look, or a turn of phrase. He doesn't reveal his hand except in the most subtle of ways. It's a stunner of a performance that rightly earned the Best Supporting Actor Oscar Bardem received.

Josh Brolin as Moss is recognizable as being in the line of classic Coen protagonists. He's capable and sure of himself, but he ends up so far in over his head that he can no longer even understand the kind of trouble he's in. This is a man taken so far beyond his normal experience that he either has to adapt or die. And he does in fact begin to realize this at a certain point, but by that time, is no longer able to dig himself out of the trench. It doesn't help that its his own hubris that gets him into the situation in the first place, a trait shared by several other Coen characters. Ed Tom Bell is the flipside of Marge Gunderson, Frances McDormand's character from Fargo. Both are natives to their respective regions, but both are outsiders (Marge by her gender and pregnancy, Bell by his age and increased feeling of obsolescence). Both are only tangentially linked to the main storyline and characters, but both are also necessary for understanding the core of their respective films. This is especially true for Bell, who gives the film its name. His dilemma that in a world where people like Chigurh exist, does a man raised on old fashioned ideals of right and wrong have a place anymore? Tommy Lee Jones may have gotten an Oscar nod for his work in In The Valley of Elah, but his performance in No Country For Old Men is the real powerhouse. Understated and lived in, Jones plays Bell with all the weariness the character demands. There's a creak to his voice that feels as real and unaffected as anything I've ever seen him do. 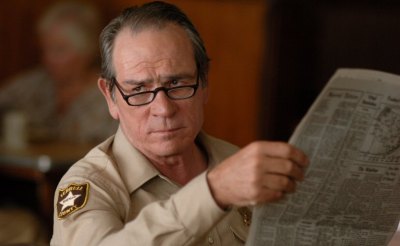 No Country For Old Men combines humor, drama, and violence in unexpected ways. At several points in the movie, I laughed out loud at some of the lines or situations, and at one point Bell himself says, "That's alright, I laugh myself sometimes. Ain't a whole lot else you can do." The Coens juxtapose this against the most brutal violence they've ever staged. Chigurh strangles a man, shoots many more, blows up a car, and much more besides. The violence is quick and lacking glamor. The Coens don't revel in it, nor do they flinch. The bloodshed is just one element of the tension that permeates the film. Small, seemingly inconsequential encounters are played with a harshness to them that lend themselves to more paranoid readings. At the same time, many of the most outrageous developments are met with complete indifference, further enforcing the sense of unease in the audience. The Coens weave these elements together effortlessly, making the whole production feel organic and less deliberately manufactured than their previous works. It's a stunning, graceful, shocking, beautiful, and daring creation that only the Coens could have created. 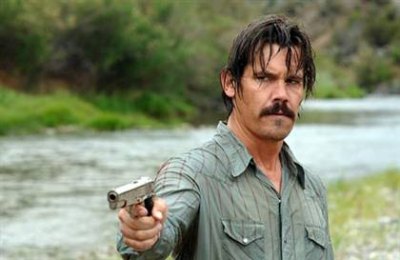 The Image:
Miramax presents No Country For Old Men in its original aspect ratio of 2.35:1 in a AVC-encoded 1080p transfer. No Country is very impressive in its high def debut. Retaining all the grittiness of its theatrical exhibition, the transfer excels in the small details. Shots of cooked asphalt reveal the cracks and pebbles embedded in the road. Faces are canvases and landscapes, every crag and line visible. The film's color scheme is full of browns and reds, the Texas deserts giving way to an outpouring of blood. There are also several dark scenes in the film, all easily handled, with plenty of details in the dark. No Country For Old Men is another stellar Disney transfer.

The Audio:
The uncompressed PCM 5.1 track is a real stunner, doing justice to the precise mixing the Coens did for theatrical release. The track juxtaposes the quiet and the loud, giving the violence a kick lacking the more dialogue based sections of the film. You can feel the thud of Chigurh's silenced rifle, and the roar of the explosions. But where the mix really impresses is in the more subdued sections, where the dynamic range and subtlety of the track really comes to light. It doesn't seem like it at first, but the sound is even more impressive than the picture. 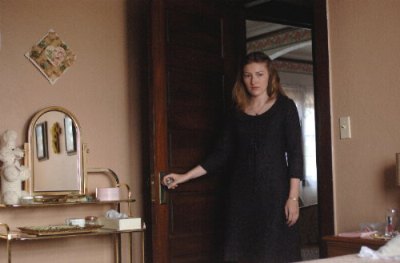 The Supplements:
For a film that just won several Academy Awards, including Best Screenplay, Best Director(s), and Best Picture, No Country For Old Men doesn't boast many special features. To make things worse, not one of them are in high definition. 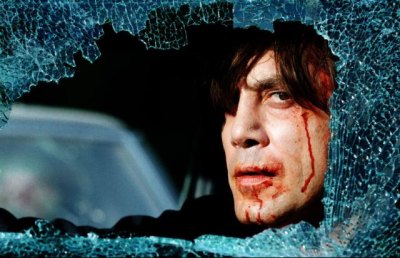 The Conclusion:
No Country For Old Men, fresh off its multiple Oscar wins, including Best Picture, comes roaring out of the gate in its Blu-ray debut. The film only gets better with repeated viewings, with must-see performances by Josh Brolin, Tommy Lee Jones, and especially Javier Bardem. The sound and picture quality on the Blu-ray are superb, rivaling the best releases on the format. The only snag is a less than stellar set of special features. Still, the film is so strong, and looks and sounds so good, that a purchase is an absolute requirement. Highly Recommended.

The images in this review are not representative of the image quality of the Blu-ray disc.