National Lampoon Presents: One, Two, Many 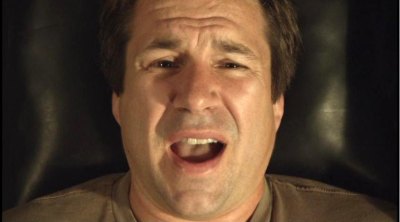 I've seen plenty of vanity projects in my day, but not a single one has made me wince quite like John Melendez's "One, Two, Many." The former Howard Stern crony (known to millions as the belligerent knucklehead "Stuttering John") turned current "Tonight Show" announcer has dreamed up a comedic fantasy for himself where he's allowed to make out with lovely actresses and claim all the punchlines. Perhaps more of that precious energy should've been devoted to a passable screenplay and serviceable direction.

A struggling actor, Thomas (John Melendez) is stuck in a series of humiliating gigs, hoping for his shot at the big time. His love life is in equal disrepair, if only because Thomas is looking for the one woman who will grant him his fantasy of a ménage a trois. Finding the New York single scene unhelpful, Thomas meets his match in Jennifer (Bellamy Young, the film's lone candle of appeal), the lone woman actually open to making Thomas's dreams come true. Together they meet Darla (Hudson Leick), a lesbian who wants a crack at Jennifer for herself. Now, having finally achieved his dream, Thomas must deal with the fallout, putting his relationship with Jennifer to the ultimate test. 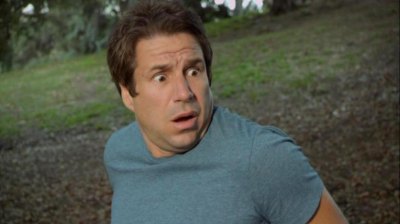 I'm sure John Melendez is a nice enough guy, but did he really think people were interested him as an actor? "Many" is a disquieting testament to Melendez's massive ego, for he not only acts, but scripts, produces, executive produces, and writes/performs about half of the soundtrack. Impressive feats, until you find out just how dreadful "Many" is.

It's telling that National Lampoon ultimately picked up "Many" for distribution, because it falls perfectly in line with the garbage they've been releasing for decades now. The short answer is that "Many" is atrociously unfunny and Melendez reveals himself to be a man of zero charisma and artistic capability; however, there's so much more awful to pore over when watching "Many," it's like a drinking game waiting to happen. "Take a shot when Melendez shows no capacity for acting whatsoever."

The director here is actor Michael DeLorenzo ("New York Undercover"), and I use the term "director" ironically, since there's nothing in this film actually being led. Essentially a vessel for Melendez to remind the world how hilarious he thinks he is, DeLorenzo's sole job appears to be making sure the camera is in focus. Even that is a challenge during the film. Why Melendez didn't direct the picture himself is mystery, since the movie is a love letter to his talents (or lack thereof). Perhaps blocking a scene while also having to dream up new ways to mug shamelessly for the camera would've been too much for Melendez to juggle.

The pain starts with opening titles no more impressive than the introduction to grandma's vacation video and extends to: Thomas calling his genitalia a "vagining rod," an unintentionally hilarious sequence where Thomas defends the local stutterer from bullies, an embarrassing cameo from Mark Cuban, the use of what looks like "Tonight Show" offices to sub for apartment and hotel hallways, and an extended straining-on-toilet diarrhea gag that accurately sums up both John Melendez's talents and the film's vast ambitions. 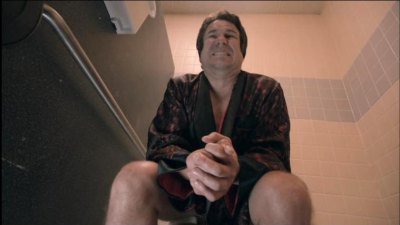 In fact, "Many" is packed with unimaginative, juvenile humor that goes against the "Tonight Show's" core audience of retirement community residents and prison inmates. "Many" is pointlessly crude; Melendez has no actual perceivable wit, so he uses fecal jokes and sexual come-ons to cover the script's dead spots. It's a curious choice because the screenplay eventually attempts to provoke sympathy, leaving the weird vulgarity up there with other unexplained touches like: the brief use of animation to embellish Thomas's fantasy world, why Melendez thought anyone would want to watch a film where he's cast as an object of sexual desire, and why his character wears a strange, unexplained frizzy wig.

Rather appropriately, the anamorphic widescreen (1.85:1 aspect ratio) presentation of "One, Two, Many" is a mildly disagreeable experience. Lacking true vibrancy HD-shot films typically enjoy, the transfer is marked by the occasional visual glitch and an absence of rich colors and detail.

The 5.1 Dolby Digital audio mix is effective, using the film's heavy use of soundtrack cuts to bring the track to life. Dialogue is crisp and clear, making the effort modest but successful. A 2.0 mix is also included.

English subtitles for the hearing impaired are included.

A feature-length audio commentary from director Michael DeLorenzo and credit hog John Melendez is more informative than it has any right to be, with the two participants sharing stories about various production hurdles and personal acting triumphs. Of course, Melendez is thrilled with the finished film, and he shares his enthusiasm by burping into the microphone, praising his own ad-libs, and making fun of the extras. Honestly, when the two discuss low-budget shooting predicaments (hard drive failure, location trickery), there's good information offered. Trouble is, you have to sit through this unpleasant film again to hear it. 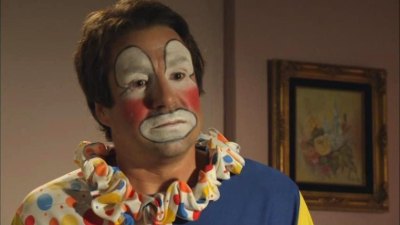 And it turns out the hallways are from "The Tonight Show."

A Picture Gallery (2 minutes) offers a look at outtakes from the poster shoot.

The Blooper Reel (5 minutes) included on this DVD is just as excruciating to watch as the film. If you must view it, expect a lot of horsing around from the cast and Melendez nudity.

The infamous trailer for "One, Two, Many" is not included here, but looks at National Lampoon's "Bagboy," "The Beach Party at the Threshold of Hell," and "Electric Apricot" are provided.

What really irritated me about "Many" wasn't the rampant stupidity and laziness of the endeavor; with Melendez's participation, that was to be expected. Rather, it's how the film wants the audience to care about these characters in the final reel. It's screenwriting 101 at its most obvious. After 70 minutes of sex jokes, lousy (if present at all) production values, and a moment where Thomas wipes his rear with money after a potent bathroom engagement, I think it's insulting to ask the viewer to give a damn about the psychological damage inflicted on these idiot characters. But then again, this is a film that believes seeing John Melendez naked is a concentrated strike of hilarity, so clearly "One, Two, Many" was doomed from the start. 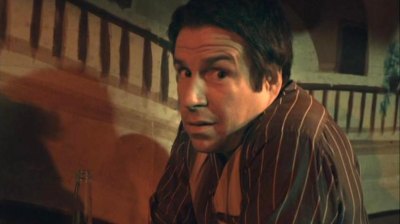