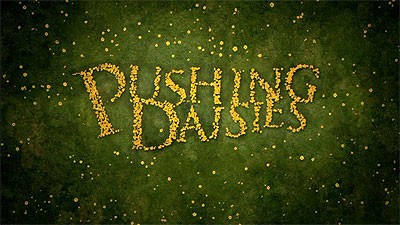 
The Show
There's officially too much good television out there. Back before I had a DVR, I watched maybe one or two network shows. Now, I'm all over the grid, watching about 15 series last season (on my own schedule, thankfully) and yet I'm still missing some really good shows. Thankfully there's DVDs of most scripted shows, so I can catch up on quality shows like "Pushing Daisies," which is easily the most non-mainstream series on network TV and one of the most brilliantly original shows I can remember. Unfortunately, thanks to the writers' strike, there were only nine episodes to enjoy the first time around.

Just look at this concept: Ned, a young boy, finds he can bring living things back from the dead with just a touch. The problem is, another touch renders the person dead permanently, and if he doesn't off the victim again within a minute of their revival, someone else randomly dies. That little boy (played by Lee Pace as an adult) grows up to sell pies, live a lonely life and work with Emerson (Chi McBride), a private eye, to solve crimes by bringing victims back just long enough to finger the murderer. "Murder She Wrote" it's not.

If Ned's life wasn't odd enough, he learns that the only girl he ever kissed (at age nine) died on a cruise ship. Seizing the chance to see Chuck (Anna Friel) a last time, he reanimates her, but can't bring himself to kill her again, setting up an unusual romantic situation, as they can't touch without killing her.It also sets up a love triangle involving Olive (Kristin Chenoweth), a waitress at Ned's shop, The Pie Hole, who pines for Ned, only to see Chuck wander into the picture and steal his heart. Fortunately, it's easy to root for either sunny, silly Chuck or adorable, good-natured Olive in the race for Ned's heart, as both offer him something good and would be happy with him. 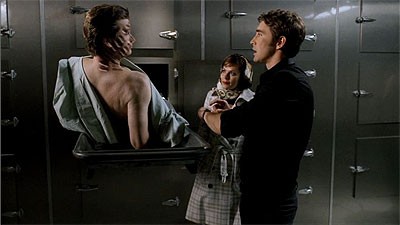 The story of Ned and Chuck is the emotional crux of the series, as their connection and each's personal tragedies and difficulties make the show real and relatable, but it's the story of Ned and Emerson that moves the plot forward, as they investigate murders that send them on their adventures. Taking a noir approach to the crimes, the boys (and girls as well) hit the streets interviewing suspects and witnesses, getting themselves into some unusual predicaments. Pace, who impressed in Soldier's Girl, is tops as the Pie-Maker, believable as a low-key detective, yet equally as good when reality is bent, making him into a superhero of sorts, while McBride is as enjoyable as ever, mixing great comic delivery with a solid sense of gravity.

The show's surreal tone, which feels a lot like a day-time Tim Burton fairy tale (an appropriate feel, considering the show arrives from Bryan Fuller ("Dead Like Me," "Wonderfalls") and Barry Sonnenfeld (Men in Black, The Addams Family)), is full of quirky touches, like a storybook-worthy, detail-obsessed narrator (whose words are repeated for comedic effect) and a pair of aunts for Chuck who are shut-in former water-show performers (Ellen Greene and Swoosie Kurtz (in an eyepatch!)) It feels like every turn brings something new to enjoy, be it a Hitchcock-inspired montage for Emerson, claymation side trips into Ned's childhood or the incredibly talented Chenoweth breaking out into a song from Grease. Even the guest cast has a interesting, off-beat feel, featuring Jayma Mays, Carlos Arazraqui, Joel McHale, Molly Shannon, Mike White and a creepy/great Paul Reubens.

Though there's a great deal of comedy, and the mysteries are fun and interesting to follow, the show is, at it's core, about emotion and romance, eliciting sadness along with the laughs, focusing a great deal on what people want and desire, and what they can and can't have, with Friel's reborn attitude acting as an excellent prism through which to view the idea of giving people an extra minute after they die. It's not all roses and philosophy though, as an episode like "Bitter Sweets," which chronicles a war between The Pie Hole and a new candy shop across the street, run by Shannon and White, is almost entirely story-focused (and is damn good to boot.) The season finale brings everything together, putting a decidedly solid cap on the first year, with an episode that balances the facets of the show perfectly before punching you square in the gut with a shocking climax. It's a sign of the show's versatility that it can move smoothly from drama to jokes to heart-breaking romance, without missing a beat. It's also a sign of a seriously great show. 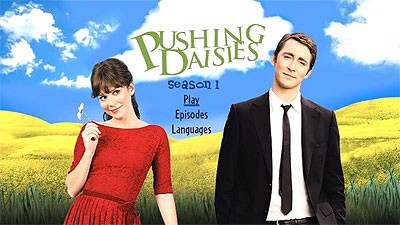 The DVDs
The nine episodes of the first season of "Pushing Daisies" are spread evenly over three DVDs, which are packed in a clear single-width keepcase, with a two-disc tray and a nifty insert designed like a menu from The Pie Hole. The case, with a cover that looks like a Pie Hole box, is inside an embossed slipcover that thankfully doesn't repeat the inside cover art. The discs have static anamorphic widescreen menus, with options to watch all the episodes, select individual shows, adjust languages and view special features, where applicable. Audio options include English Dolby Digital 5.1 and Portuguese Dolby 2.0 tracks, while subtitles are available in EnglishSDH, French, Spanish, Chinese, Korean and Thai. There is no closed captioning.

The Quality
The anamorphic widescreen transfers on these episodes are rather gorgeous, with a stunningly clean image that's free of any noticeable imperfections, and bursting with bright, sunny, vivid color that's applied specifically. The show uses a great deal of special effects to create a hyper-realistic, otherworldly look, and while the crystal-clear quality helps make that happen, it also reveals a lot of the digital work, making it look less "real."

The Dolby Digital 5.1 track is solid, though subtle, using the sides and rears to bump up the fun music, while throwing in the occasional, and very effective atmospheric stings, like a bee buzzing across the rear of the room, or a dog-training clicker behind your head. The dialogue is clean and clear, delivered straight down the middle, and the music is strong and excellent, though not overpowering in any way.

The Extras
For the extras, they tried to do something a bit different, gathering together all the bonus material into a menu called "Pie Time: Time for Pie." You can choose any of the nine episodes to access "slices of pie" that represent 1 of 18 short episode-specific featurettes, for a total of 41 minutes of extras. The pieces, which are two-minutes long on average, cover a variety of topics, including the visual design of the show, casting efforts, and special effects, with interviews with the primary creative forces behind the show. Among the 18 "slices," there's also seven mini video commentaries with Fuller and Pace talking about selected scenes from the roof of The Pie Hole, avoiding repeating themselves. The short chats are amusing, especially when Fuller asks Pace who the better kisser is between Friel and Chenoweth. Unfortunately, Fuller also commits the sin of mentioning interesting-sounding cut footage that is not included on these DVDs.

Though there's nothing wrong with taking a different approach to extras (hell, the show is all about being unique) but when it makes it harder to navigate, it's not worth it. If you want to just float through the material, that's fine, but there are no episode names shown when you get down to the slice level, and there's no titles for the featurettes, so you're clicking blind, especially since the only indicator of where to click is the neat fork-shaped cursor. There's also no play-all option, which would have been greatly appreciated.

Make sure you watch the season first before getting into these extras, as there are many spoilers, including two mentions of the season-ending revelation. 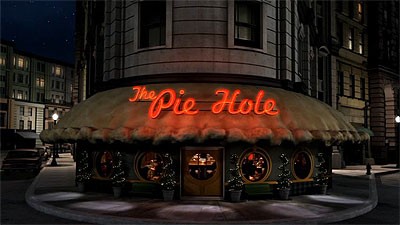 The Bottom Line
As the ninth and final episode of the first season of "Pushing Daisies" wound to an end, it was shocking to realize there would be another season of the show to enjoy, considering how utterly unique, original, bizarre and simply wonderful the series is. The DVDs look and sound great, and have a decent little selection of extras, but the set is unfortunately short due to craptastic circumstances. Not that it matters, because "Pushing Daisies" is not your usual TV show, mixing black comedy, mystery, art, romance and engrossing human emotion into one of the best series on TV, no matter how many episodes there were. I can't wait to watch this show with my daughter one day and enjoy seeing her experience the magic through more innocent eyes than my own.