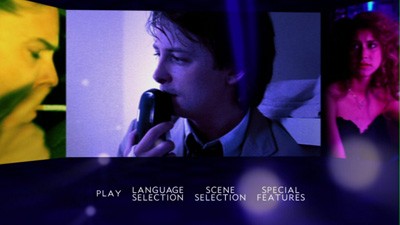 Oh, the 1980s, what a decade you were. So much greed, so much strange hair, so much indulgence of each individual's sense of self that an allegedly autobiographical novel about the self-involved fantasies of a self-involved writer could become literary genius. So convincing was Jay McInerney's belief in his own ability to be interesting that Hollywood even hired him to adapt his book into a screenplay, since presumably no one else could be trusted to get it right. They would even convince America's favorite sitcom actor, Michael J. Fox, that Bright Lights, Big City was his chance to prove he could be dark.

I vaguely remember seeing Bright Lights, Big City back in 1988 and not thinking very much of it. As a West Coast Boy, I was more of a Bret Easton Ellis fan. They dressed better in Less than Zero and listened to better music. Still, twenty years is a long time and I thought maybe it had been long enough to give the New York nightlife another chance. Maybe I'd like it better this time.

Fox is Jamie Conway. In the book, his name is never mentioned, and the prose is written in the second person, hence the voiceover all about "you" that McInerney retained in his screenplay. They could have gotten away with not naming him in the movie, too, but if you say Jamie Conway out loud it kind of sounds like Jay McInerney, and so that's what they went with. Jamie is a would-be F. Scott Fitzgerald who instead of writing a Great American Novel works as a fact checker at a major New York magazine. He also does a lot of cocaine, and the story of Bright Lights, Big City follows him over the week he hits rock bottom. It's the week that he'll lose his job, finally accept that his model wife (Phoebe Cates) has really and truly left him, and have to face the fact that his mother (Dianne Wiest) died a year ago from cancer. In the midst of it, he'll treat his brother (Charlie Schlatter) and a compassionate co-worker (Swoosie Kurtz) like crap, and he'll consistently fall under the spell of his evil friend Ted (Kiefer Sutherland). Midway through the movie, Jamie and Ted will try to pull a prank with a live ferret, and the furry creature ends up hanging from Ted's scrotal area in some out-of-place, poorly executed slapstick that ends with Jason Robards passed out on the floor with a suit of armor on top of him. It's right about then that I knew there would be no hope for Bright Lights, Big City to ever get good.

Bright Lights, Big City was directed by James Bridges, who had previously directed Urban Cowboy and Perfect, and whose directing career came to a screeching halt after this flop. While other '80s directors like John Hughes are remembered fondly for how they managed to make the absurd fashion of the time into something cinematically memorable, Bridges may actually be the more quintessential lensman of the decade. His films all have a surface allure that comes close to masking the fact that there is nothing more compelling lurking behind it. Nope, what you see is what you get, and if you want anything deeper then that, well, maybe try reading the book, which is easily much better.

That's because there's nothing inherently wrong with McInerney's basic story, it's just that the zazz of his prose fizzled on its way to the screen. There's a predictable "After School Special" vibe that permeates this kind of filmic "don't do drugs" narrative, complete with a final zinger for Jamie to toss at Ted when he at last realizes what chumps they both are. The problem is that we're about a thousand steps ahead of Jamie and that epiphany came to the audience at least ninety minutes prior. There is very little in how the character is written to make him seem interesting, much less redeemable. It's no mean feat to coax a performance out of an eminently likable actor like Michael J. Fox where that likeability is completely absent, but Bridges somehow manages. You'd think the inner charisma that carried Fox through countless bland comedies would also be enough to conquer Jamie's little pity party, but instead the performer gets sucked into the morass of blah and has no real hope of ever getting out.

In the end, Bright Lights, Big City does little to illuminate the missteps of the Reagan era or the character of the people who snorted their way through it. All we're left with at the end is a collection of clichés and a final, shallow platitude, driven home by the hokey metaphor of Jamie sitting and watching the sunrise and eating some fresh baked bread. How wholesome! How earthy! Now, quick, cut away before this cokehead gets the DTs! 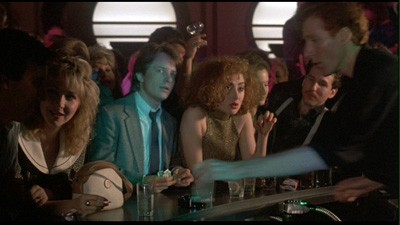 Video:
The 1.85:1 anamorphic transfer on this new Bright Lights, Big City: Special Edition apparently corrects the original DVD issue's problem of only being full frame, pan & scan. The image quality here is decent, free of dirt or scratches and with only a small amount of edge enhancement. The colors look accurate and well rendered, though some of the darker scenes do acquire an added graininess that could have used some adjusting.

Sound:
The original soundtrack is given a Dolby Surround mix that sounds very good, with a solid balance between the various elements in the more complicated scenes. At the nightclubs, the music and the talking and the ambient noise all stay out of each other's way so that the each element is distinct.

Alternate audio tracks include a French surround mix and a Spanish mono mix. There are also Spanish subtitles and English Closed Captioning.

Extras:
Author Jay McInerney gets the spotlight in the supplemental section, including an audio commentary where he talks about the experience of the movie and adapting his literary work. The track lags at times, but is generally a good glimpse into the writer's side of things. Similar information is covered in the 12-minute featurette, "Jay McInerney's The Light Within," an extended on-camera conversation with the author. 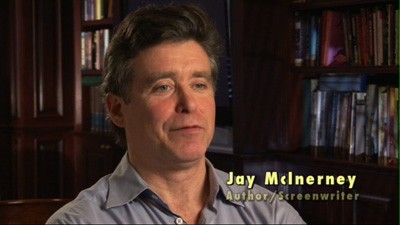 A second audio commentary features legendary cinematographer Gordon Willis, who has worked extensively with directors like Francis Ford Coppola, Woody Allen, and Alan J. Pakula. He not only talks here about making Bright Lights, Big City, but also about the nature of his craft, getting down to brass tacks for how a shot comes together and the cinematographer's role in that. It's a very good piece, and probably better that it's on a lesser movie, since Willis isn't afraid to talk about the bits that didn't come off as well as he would have liked.

There is a second featurette, as well, "Big City Lights," a fifteen-minute trip down memory lane where several '80s-obsessed commentators reminisce about what the source novel meant in terms of 1980s culture.

Finally, there is a photo gallery of stills relating to the film.

FINAL THOUGHTS:
The narration in Bright Lights, Big City may be written in the second-person "you" form, but it's really all about "me, me, me." The tale of a failing writer losing his way in the coked-out nightclubs of 1980s New York City is little more than a banal self love affair bundled into a lackluster package. For all the glitz of the decade, this film is as bland as it gets, and even poor Michael J. Fox can't work his magic to come out of this thing looking like a charmer. The past twenty years have removed any edginess the movie might have had, and the entire second half was a real struggle to get through, much like how many people feel about the Reagan era in general. Skip It. If you must go there, read the book instead. You should do more reading anyway. 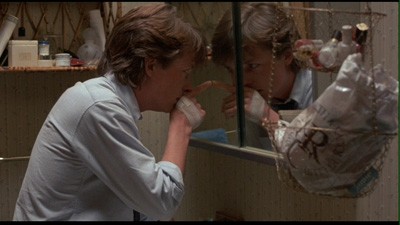