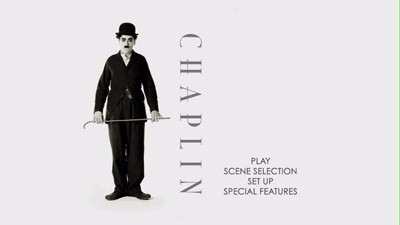 Capturing genius on film is probably easier when you're the genius. Sure, you might struggle to get what you want the way you want it, but even so, you just have to do what you do. Charlie Chaplin, for example, had his instincts and his talent to work with, and his ideas were his own and needed no further explanation. Richard Attenborough, on the other hand, had to figure out how to show where that genius came from when he made the 1992 biopic, Chaplin, which is returning to DVD a year late for its 15th Anniversary Edition (oops). The biographer has to contend with not just the accomplishments, but how they were accomplished, where the genius came from. It's a tall order, and one the director of Gandhi doesn't entirely fill; and yet, his Chaplin is still remarkable despite being remarkably flawed.

Of course, the success or failure of a film like Chaplin rests almost entirely in casting, and the vast majority of why this movie is so eminently watchable is thanks to Robert Downey, Jr. A consummate performer himself, one who seems to struggle with similar conflicts between his talents and his personal desires much in the same way as Charlie Chaplin, he was able to master his subject's amazing physicality without losing focus on the man's inner being. It's a trick Downey manages to pull off time and again. It's why he was also the perfect choice for Iron Man: he never lets the super-powered suit eclipse the man inside.

As with most biopics, Chaplin attempts to follow an arc that covers one man's entire life, cradle to grave. We begin in turn-of-the-century England, with Charlie's early days on the vaudeville stage and the early days of his mother's madness. (Mrs. Chaplin is played by her own granddaughter, Geraldine Chaplin, in a marvelous, fragile, and understated performance.) The film then follows Chaplin on tour in America, where he discovers "flickers" and is recruited by Mack Sennett (Dan Ackroyd) for his fabled comedy factory. From there, success and failure, both personal and public, from failed love affairs to run-ins with J. Edgar Hoover (Kevin Dunn) that would eventually cause the filmmaker to be exiled to Europe.

Amidst all this turmoil, being haunted by his mother's madness and a lost love that he is always trying to recreate, Chaplin made over 80 films. He also had four marriages and at least one other dalliance that we see a smidgen of, his ill-fated relationship with the unstable Joan Barry (Nancy Travis) that led to a false paternity suit. It's a lot of ground to cover, and I have to say, I feel like I learned a little about a lot, but a lot about very little. Many of Chaplin's most famous movies get just a passing mention, as do many of his leading ladies, both on set and off. For instance, Edna Purviance (Penelope Ann Miller), gets all of two scenes in Chaplin despite being one of his most frequent co-stars. 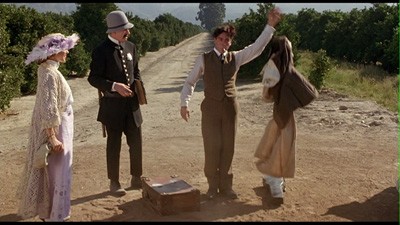 Attenborough and his various screenwriters leave a lot of spaces where the audience has to read between the lines, and they even go so far as to create a framing device to apologize for this. Anthony Hopkins plays George Hayden, the editor of Chaplin's autobiography and an invented character. The film begins with Hayden going to see Chaplin in Switzerland in the 1960s, and then cuts back and forth between their conversation and the movie proper as Hayden grills the old man on holes in his manuscript and encourages him not to be so guarded. In these conversations, missing pieces of the puzzle are waved away by Chaplin as things he's not interested in explaining. After a couple of times, it starts to feel like Attenborough is ducking out on us and hoping we won't notice. Allegedly, the original cut of the film was four hours long and the director's preferred version was twelve minutes longer than the theatrical version. Attenborough has said that those lost scenes have hurt his film, and it would have been nice had this new DVD edition maybe restored them so we could judge for ourselves; alas, this was not to be.

I know I'm complaining quite a bit here, but that's because I really do like Chaplin and feel it could have been even better had the folks involved been allowed to go farther with it. I love how Attenborough works Chaplin's comedy into the story, staging some real-life scenes as hyperactive comic routines, and those moments do work to give us an idea of what the Chaplin style was like. As it stands, the final film is a collection of outstanding performances--the gigantic cast also includes Kevin Kline, Diane Lane, Paul Rhys, and Marisa Tomei--that serves as a précis on Charlie Chaplin's life and work. Despite missing some of its padding, Chaplin is never dull and quite effectively intrigues the viewer to want to know more; in particular, it makes me want to immediately go and watch a bunch of Chaplin's movies. Attenborough ends the film rather smartly, showing the aging star in 1972, preparing to receive his honorary Oscar and at long last be welcomed back to Hollywood. It's a true testament to Robert Downey, Jr.'s performance that the movie so seamlessly slips into the clip reel they showed that night and we move from the impersonator to the real thing with nary a hiccup. It's a tearjerker of a scene, and as it worked its magic on me, I realized how much Attenborough had caught me in Chaplin's spell. Oscar Wilde called sentimentality a desire "to have the luxury of an emotion without paying for it," and though Attenborough may have gone for the sentimental ending, it was paid for in Chaplin's years of struggle, and so it really strikes home. 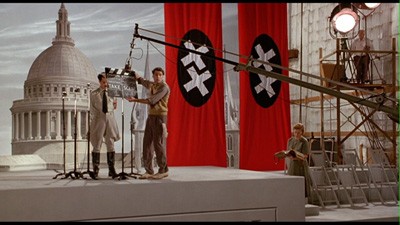 Video:
Chaplin was first released on DVD in 1998, and though I don't have the old disc to know if the transfer has been improved, the technical specs are exactly the same. The anamorphic picture is presented in a 1.78:1 aspect ratio, and it's solid but inconsistent. There are frequent instances of grain, and though the color is nice and there isn't much by way of specks or scratches, darker scenes suffer from a lack of consistent shading. Though most of it looks just fine, one would hope that for a 15th Anniversary Edition DVD, the studio would have gone the extra mile. Shot by the fantastic Sven Nykvist, perhaps best known for his work with Ingmar Bergman, Chaplin deserves better.

Sound:
As with the 1998 DVD, the 2008 disc has a 2.0 Dolby audio mix that is pretty good, with nice levels and a clean surface, but nothing special. There are also English and Spanish subtitles to choose from.

Extras:
Major marks go in the plus column for the excellent packaging on Chaplin. The DVD keepcase is made from white plastic, matching the whiteness of the paper cover. The printed front cover is completely blank--no logos, no credits--except for a small image of Downey as Chaplin. This image is hidden, however, behind a clear plastic slipcover that has the movie title, etc., and a larger close-up of Downey from the moustache up. Removing it reveals the elegant image of the lone figure underneath. (Compare the cover thumbnail above to the screengrab of the main menu for an idea of what I mean.) 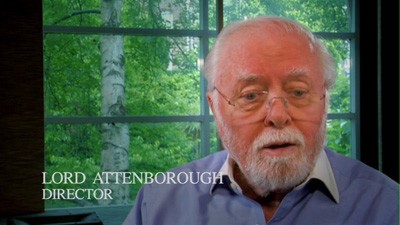 Of the four featurettes, three are new and one shows home movies of Chaplin at rest. The new documentaries are put together with clips from Chaplin and Chaplin movies, with commentary by Attenborough, Charlie's son Michael Chaplin, critic Richard Schickel, and biographer David Robinson, whose book was one of the sources for the movie. The documentaries are as follows:
* "Strolling into the Sunset" (7 minutes, 25 seconds): Acclaim for Downey's performance followed by a frank discussion of the movie's flaws. Even Attenborough is up front with his problems with the film, and it makes me wish there was a commentary that would allow him to elaborate further.
* "Chaplin the Hero" (6:05): The greater meaning of Chaplin's Tramp character and the specialty of his performance style.
* "The Most Famous Man in the World" (5:27): Examining Chaplin's rise to fame and how he maintained in the face of it.
* "All at Sea" Chaplin Home Movie (2:26): Shot by Alistair Cooke in 1933, the black-and-white footage shows a boat trip with Chaplin and Paulette Goddard, with Chaplin mugging for the camera and doing impersonations of famous people.

FINAL THOUGHTS:
Recommended. The Chaplin: 15th Anniversary Edition returns the Richard Attenborough biopic of one of cinema's most adventurous pioneers to DVD for a somewhat improved edition. Robert Downey, Jr. is stupendous in the lead role, giving us Chaplin's famous comic agility as well as the deep soul resting behind the pratfalls and wriggling moustache. The movie is not without its problems, stumbling like so many biopics in trying to carve a man's entire life down to a little over two hours, but the winning performances and charming style push this one over the hump. A better image transfer and maybe even an extended cut (or, at least) deleted scenes, could have made this 15th Anniversary Edition even more special, but I guess we must make do with what we have. 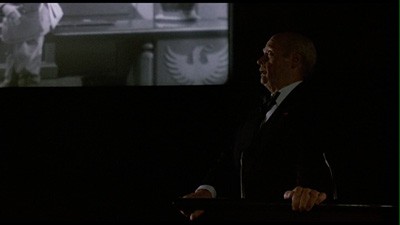