Flight of the Red Balloon 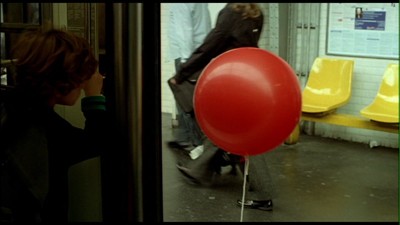 The 1956 short film by Albert Lamorisse, The Red Balloon, is considered a classic of children's cinema and still delights audiences of all ages half a century later. Watching it again as an adult, such as I did earlier this year, the movie creates an instant nostalgia for a simpler time, back to when I was the child in the movie and could have the innocence of imagination to believe a balloon could be my friend. Lamorisse creates a magical world using very little, his rudimentary special effects being utterly believable and lacking the obvious transparency of the digital balloon we'd likely get today.

Dreamy Taiwanese director Hou Hsiao Hsien tries to recapture this feeling in his most recent picture, Flight of the Red Balloon, but rather than resort to a simple recreation, he goes at the feeling Lamorisse's film inspires from another angle. As in his other films, such as Millennium Mambo and the remarkable Café Lumiere, here Hsien sets out to chronicle the rhythms that run through the minutia of everyday life, but his purpose in Flight of the Red Balloon is different than in those previous character studies. Through his languorous pacing and unobtrusive camera work, Hsien uses the details he finds to show the contrast between the disorderly adult world and the far less stressful life of a child.

Simon (Simon Iteanu) lives in Paris with his mother, Suzanne (Juliette Binoche, The English Patient), a two-person unit now that Simon's half sister lives in Brussels and his father has disappeared to Canada to write a novel. Suzanne directs a puppet theatre and also teaches old styles of puppetry, a potent symbol for the kind of yearning that Hsien wants to portray in Flight of the Red Balloon. In comparison to the Playstation games Simon plays, puppeteering is a seemingly antiquated technology; yet, like the Lamorisse film, it uses basic, everyday objects to create a vivid illusion for those that care to see it. 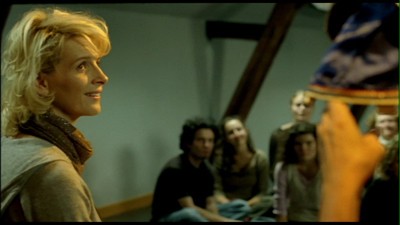 The family is joined by Song, a Taiwanese film student who has come to Paris from Beijing to continue her studies. She has turned to nannying to make money. Like Simon Iteanu, Song is played by a first-time actor, Fang Song, and Hsien has them retain their real names so that they may be themselves rather than adopt a character. As a director, he is less interested in behavior that drives a plot than he is in behavior that defines a state of being. In fact, there is very little by way of plot in Flight of the Red Balloon. The closest we get to one comes from the various sticky situations the family finds themselves in right now--whether family members will return, tenants taking advantage of the father's absence, tuning the piano, putting on a new show. Suzanne and Simon's lives are full of clutter, and Binoche, laboring under a wild mane of blonde hair, is about to be buried under it. Her only respite is to reminisce and pour over objects from times past--a postcard from her adolescence, 8mm films from early motherhood--to try to remember a time before the bric-a-brac overwhelmed her.

Naturally, Simon still lives his life with the simplicity Suzanne yearns for, though Hsien isn't blind to how a mother's stress affects her child. The director offers several flashbacks to Simon spending time with his stepsister, Louise (Louise Margolin). Hanging out with the older girl and playing pinball provided a quiet oasis for Simon, one that Song is starting to bring back. The film student's ever-present camera encourages not just looking, but actually seeing. She tells Simon about The Red Balloon, and she not only seeks out symbols that represent the Lamorisse movie, but she even starts remaking it with Simon in the lead. Little does she realize, though, that there is a real red balloon that follows Simon around and that only he can see. It stays on the fringes, just outside the window, waiting to be noticed and let inside. Either that, or for Simon to be content again and not so much let go of childish things but to find his own soaring freedom in the trajectory of a wild balloon.

There is a beautifully wistful quality to Flight of the Red Balloon that is difficult to describe in too much detail lest it disappear like the wind. Hou Hsiao Hsien has never been a filmmaker to force his movies in any one direction, instead letting them drift after their own fashion. There were far more obvious choices he could have made in this movie. Were Hollywood to ever remake it, I am sure that it would end with Suzanne seeing the balloon at last, the music swelling to punctuate the grandeur of her discovery. Hsien needs no such soaring climax; rather, his movie floats away, a quiet exit that resonates all the more by lacking the insistence of convention. 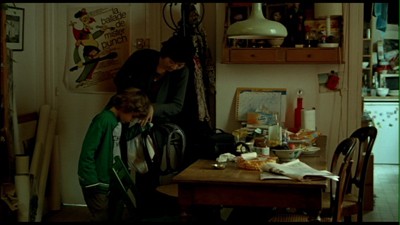 Video:
The anamorphic widescreen transfer for Flight of the Red Balloon is top notch. The colors are rich and warm, and the image stays crisp throughout. An excellent film gets the excellent treatment it deserves!

Sound:
The original French soundtrack has been mixed in Dolby 5.1, and it sounds great. The movie is full of natural atmosphere and street-level ambient sound, and the audio track always sounds authentic, never tinny or plastic.

The English-language subtitles are nicely done, paced at a readable rate and written clearly. There are also Spanish subtitles and a second English option for the Deaf and Hearing Impaired.

Extras:
There are no bonus features to speak of, not even a trailer. Previews for other movies play while the disc is loading, but they aren't accessible from the main menu.

FINAL THOUGHTS:
Highly Recommended. Despite there being no frills on this DVD (not counting the excellent technical specs), Flight of the Red Balloon is another spectacular release from one of my favorite contemporary directors. Hou Hsiao Hsien is one of the most adept purveyors of a certain brand of quiet cinema that manages to capture life as it is and contain it within the confines of a movie, shaping a narrative without overpowering the truth of the moment. His tribute to Albert Lamorisse's children's film manages to create a similar sense of child-like wonder as the 1956 original while adding grown-up nuance to the larger story that moves around it. One of the best of 2008--or any year, for that matter. 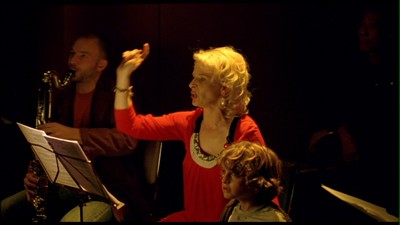