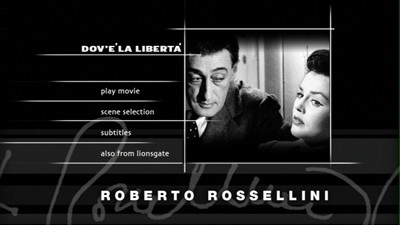 Roberto Rossellini is one of the most influential European postwar directors, having lead the charge of Italian Neorealism and provided inspiration to the French Nouvelle Vague. This, of course, doesn't meant that he is a household name, nor does it mean that many of his most important films have been available on DVD in North America. Thankfully, with some forthcoming Criterion discs and this new Lions Gate Roberto Rossellini 2-Disc Collector's Edition, the Rossellini library is starting to get its due, though some of what is coming is not particularly his most well-known efforts.

Such is the case of this set. The Robert Rossellini 2-Disc Collector's Edition, part of the Lions Gate Director's Series, features two little seen or discussed films from the 1950s. The first is Dov'è la libertà...? (Where is Freedom?) (91 minutes) from 1954. A dark social comedy, Dov'è la libertà...? stars Italian screen icon Toto as Salvatore, a man pleading his case before a judge in a Roman court. Salvatore has spent twenty-two years of his life behind bars, and after only a short time of being on parole, he was arrested again, this time for trying to break back into jail.

As Salvatore explains, prison life had an order built on a mutual need amongst the imprisoned to survive their incarceration with as little hassle as possible. Ten or more men to one cell meant forming a miniature society, one where the quiet barber muddled through by keeping order and helping the others keep a fresh perspective. Salvatore himself was sent down the river for killing a man who tried to force himself on his wife, a crime of passion he is ready to put behind him. Unfortunately, the march of time has passed him by while being away, and he is surprised to find the world is not as trusting of him as he is of it, nor as honest. On the outside, Salvatore bounces from one bad situation to another, getting involved in a crooked marathon dance, the flirtations of the selfish daughter of a boarding house landlady, and even his former in-laws, who prove to be the least trustworthy of the bunch. And don't even ask what he finds out about his late wife! With each set-back, Salvatore loses a little more of his faith in humanity, making him long for the moral order of prison life and inspiring his reverse jailbreak.

Dov'è la libertà...? is a quietly satirical film, avoiding broad jokes and relying on a sort of common sense comedy. For as irrational as Salvatore's actions seem on paper, his point-of-view makes perfect sense, particularly as it is explained by Toto. With his expressive eyes and hound-dog face, the actor's weary bafflement comes across as totally logical. He's a little like a latter-day Buster Keaton, with maybe a smidgen of Marty Feldman and Peter Sellers thrown in. There's just something about his exasperated expression that makes you want to believe him even as you laugh at him for being so gullible. How can society be so out of tune with a man so down to earth? 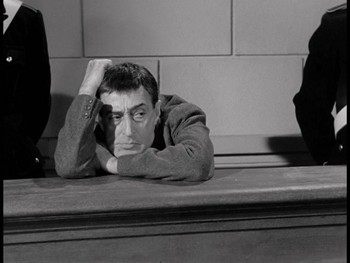 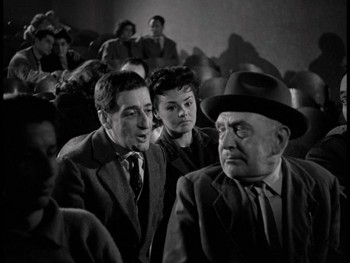 Era notte a Roma (Escape by Night) (134 minutes) came six years later, in 1960, and it's a heavier production, getting back to the political drama that had first distinguished Rossellini as a director in movies like Paisan and Roma, città aperta. In Era notte a Roma, three nuns barter with rural peasants to lower the price of the goods the peasants are selling in return for the holy ladies taking three Allied fugitives away from their farm. This hodgepodge trio--a Brit, an American, and a Russian--have been on the run from a prisoner of war camp, and though the intention is to drop them off in the countryside between their farmland sanctuary and Rome, events conspire to force them all the way into the city.

Once in Rome, they are hidden in the attic of the most daring of the nuns, Esperia (Giovanna Ralli), who it turns out isn't a nun at all, but a savvy black marketeer. Esperia is already inadvertently in the political soup, as her fiancé (Renato Salvatori) is a deserter from the Italian army who is now part of the anti-German underground. Though Esperia initially wants the soldiers gone as quickly as possible, her stance softens as she gets to know them, and in the months leading up to the Allies liberating Italy, she and the others will go through various forms of Hell trying to keep the guys safe.

Much of Era notte a Roma is shot like Rossellini's early Neorealist pictures, using real sets and naturalistic techniques to lend the film an almost documentarian feel. A lot of it also borrows from wartime melodramas made in England and Hollywood during the war, including back-alley espionage and sinister, limping villains. There is even a hint of unspoken romance between the British officer (Leo Genn) and Esperia. All of it is handled smartly, however, and Rossellini keeps his eye squarely on the bigger questions that are at the heart of the script. He doesn't shy away from asking why the Italians took so long to resist and how Fascism was able to hold sway. He also understands that violence comes with consequences and taking a man's life is never as easy or heroic as it looks in other movies. Ultimately, Era notte a Roma is asking how far each individual is willing to go in order to do the right thing and even how one decides what that right thing is.

Esperia is the center of the film, and Giovanna Ralli is fantastic in the part. At times she's as fiery and forceful as Anna Magnani, and at others as contemplative and tearful as the more emotional performances of Rossellini's wife, Ingrid Berman. Of all the characters, Esperia is the only one who goes through any great change, from self-serving and apolitical to an angel of mercy. She also suffers the greatest loss and harbors the darkest secrets. Rossellini chooses to give her the final moments of the film, and in her cathartic, painful weeping, the true weight of what we have just watched lands on us with a mighty thud. In some ways it's hopeful, but it also forces us to ask whether the price it cost to get there was worth it. 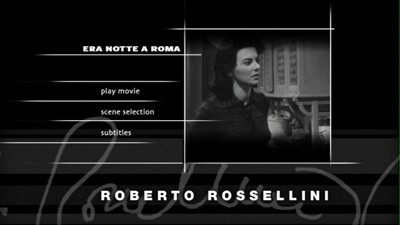 Video:
Dov'è la libertà...? is a full frame feature, presented in 4X3 and in black-and-white. The image is actually pretty good, with only a little bit of ghosting and combing and some occasional minor scratching. Every once in the while, usually in a cut between scenes that was probably originally a reel change, the frame also moves up and down or wavers. Overall, though, it looks nice with fairly decent tonal values.

Era notte a Roma is letterboxed, but also geared toward 4X3 square televisions. The picture quality is not as sharp as on Dov'è la libertà...? The grays are softer, and there are no solid blacks. So, too, is there more haloing and more scratches and debris on the surface image. Sometimes, the image even goes from dark to light and back again within a scene, and the dark scenes suffer from graininess. It's all perfectly watchable, but one shouldn't go in expecting a fully restored image.

Sound:
Both movies are in Italian and mixed in Dolby monaural. Dov'è la libertà...? has pretty significant audio problems, most prominently a persistent hiss that runs through the entire film. There are also random instances of pops or loud crackles at various times in the film, and in the third act, the sound sometimes drops out and often changes in volume. For as nice as the picture looks, I was surprised by the disparity between the image quality and the soundtrack.

On the other hand, things swing the opposite way on Era notte a Roma. The audio track is mainly clear, with only intermittent distortion and hiss. There are also only a few times where the audio drops out for a moment.

Both movies have optional English and Spanish subtitles. Era notte a Roma is a multilingual film, and all the languages are subtitled--including the English narration and dialogue, which is kind of annoying.

Extras:
There are no extras on these discs, unless you count trailers for other movies on the first DVD. Which means commercials during television programs count as extras, too, right?

The Roberto Rossellini 2-Disc Collector's Edition comes in a standard plastic case with a hinged tray inside so that each disc gets its own cradle. The set also has a sturdy slipcover that slides over the top of the case, and for once the slipcover and the interior cover actually have two different designs.

FINAL THOUGHTS:
Robert Rossellini is a thoughtful director whose considered approach to cinematic storytelling pioneered the Italian Neorealist style. The two films on the Roberto Rossellini 2-Disc Collector's Edition come from 1954 and 1960, when his narrative technique had swung more toward classic Hollywood, but that doesn't make the work any less potent. Dov'è la libertà...? is an affecting social satire elevated by an expressive performance by Toto, and Era notte a Roma is a wartime melodrama with tension and thrills and a powerful turn by the beautiful and intense Giovanna Ralli. The DVD quality could be better, but nevertheless, the Roberto Rossellini 2-Disc Collector's Edition is Highly Recommended. 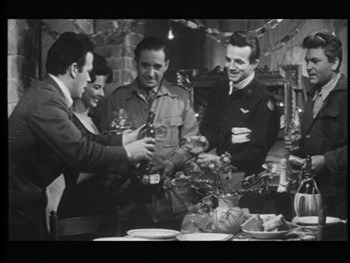 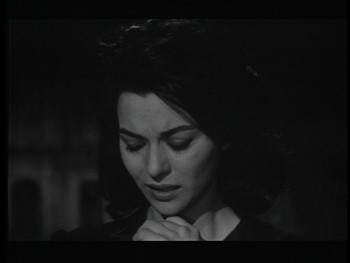