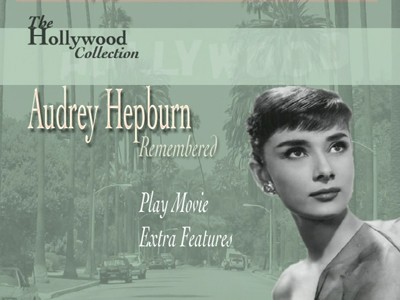 Movie fans have become a bit spoiled since the invention of DVD, as most discs come with some kind of extra features expanding on and explaining the main feature. For connoisseurs of classic films, this often means retrospective documentaries about stars from Hollywood's Golden Age. Thus, Audrey Hepburn devotees most likely already have a biography featurette or two as a bonus item connected to one of her famous pictures. In which case, why then would one need a stand-alone feature like Audrey Hepburn Remembered?

Granted, the construction of Audrey Hepburn Remembered isn't exactly surprising or innovative. The film follows the expected trajectory from her early life in the Netherlands during WWII, followed by her nascent film career when she moved to England, the splash the actress made with Roman Holiday, her career and family life, and ending with her charity work on behalf of UNICEF. What sets Remembered apart from the pack is the content, the quality of people brought together for the interviews, the sheer tonnage of film clips (including many from her British contract days), and the words of Ms. Hepburn herself. Director Feldman uses several interviews with the star as his narrative thread, letting her tell much of her own story, and from what I gather from a photo in the bonus features, at least one of these was conducted for this specific documentary before Audrey Hepburn died, just prior to its completion.

That's not something you're going to get on any newer documentary put together for re-releases of Audrey's filmography. In fact, quite a number of the people who sit down for Feldman's camera are no longer with us, making Audrey Hepburn Remembered an invaluable record of shared filmic experiences. The interview subjects include not just famous people, but non-showbiz friends from childhood and adulthood, as well as Audrey's eldest son Sean Ferrer and her late-in-life companion Robert Wolders. Of her co-stars, we are treated to chats with Gregory Peck, George Peppard, and ex-husband Mel Ferrer; directors Billy Wilder, Stanley Donen, and Blake Edwards talk about filming the icon; and Audrey's collaborators in fashion and music, Hubert de Givenchy and Henry Mancini, share thoughts and impressions regarding their muse. The whole thing is hosted by Roger Moore.

Audrey Hepburn Remembered is not a long film, but in its 70 minutes, it gets the job done. Plus, unlike film-specific documentaries created as extended commercials for the movies they accompany, one never feels like one is being sold something or that the facts are being glossed over in order to cater to egos. Rather, Remembered does just what it promises: it encourages us to remember the art and artist alike. 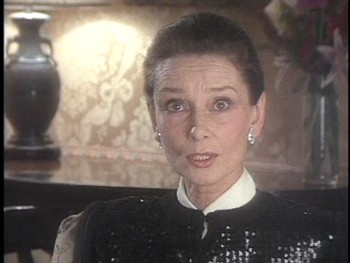 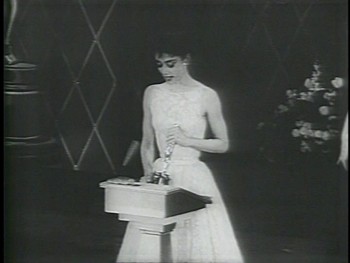 Video:
Created for TV in the 1990, The Hollywood Collection - Audrey Hepburn Remembered at times looks its age. The overall program is in decent shape, not too faded, and survives the digital transfer just fine. Looking at the state of the clips used, however, will remind us just how bad we used to have it. The scenes from Charade in particular look appalling. Thank goodness for film restoration and preservation!

Sound:
A simple mono mix is serviceable. As with the video in the clips, the quality does suffer some, and there is some hiss and distortion at times.

Extras:
The Hollywood Collection - Audrey Hepburn Remembered is packaged in a sturdy but economical book-like package, with cardboard outer covers and an inner plastic tray. Inside the book are photos from the Collection and information on the series.

Most of the extras on the actual disc are to advertise the The Hollywood Collection, save one: a photo gallery of Audrey Hepburn, a video presentation of a variety of pictures set to music. There is a similar video gallery called "Meet the Producers," a kind of personal scrapbook of Feldman and Winter, showing them working together and with the stars they profiled (including Hepburn).

Elsewhere, there is a 5-and-a-half minute promo piece, "The Hollywood Collection Preview," advertising the series, and four individual trailers for other entries. These are for the documentaries on Robert Mitchum, Ingrid Bergman, Michael Caine, and Gregory Peck.

FINAL THOUGHTS:
Recommended. The Hollywood Collection - Audrey Hepburn Remembered is a throwback to the pre-DVD days when cinephiles weren't regularly inundated with "bonus features" on DVDs, and thus unlike its modern day descendent, this 1993 program is more about the subject than it is what the movie studio wants to convince you that you must own. In-depth and full of remarkable interviews, it's a loving portrait of a much-beloved star. 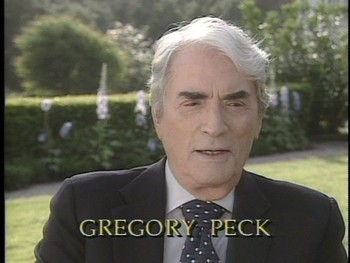 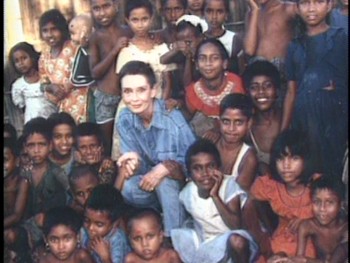