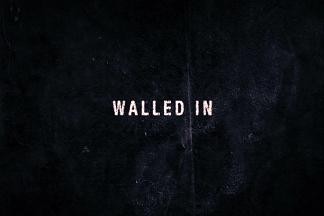 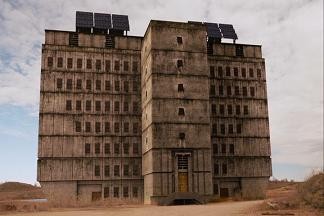 Walled In, a soon-to-be-released direct-to-video psychological thriller from Anchor Bay Entertainment, falls into a common category: a home video fright flick whose best element is its cover art. I suppose the image of star Mischa Barton contained within a cracked wall isn't thoroughly original, but it is striking nonetheless.

This doesn't necessarily imply that Walled In is a bad movie. On the contrary, as low budget fare goes, it's actually not that bad. It has a good cast, with the aforementioned Mischa Barton, from the television series The O.C., performing very capably as the young heroine, with Cameron Bright (the kid from Ultraviolet) and Deborah Kara Unger playing suitably creepy support. Plus, the setup is admittedly clever, even if the payout doesn't add up to much.

It's just that the cover art is the best thing going here.

In this film, Barton plays Sam Walczak, a young and pretty 20-something with an unusual career: she's a structural engineer trained in the art of demolishing abandoned buildings. She sets off to an apartment complex in the absolute middle of nowhere where, 15 years ago, a mass murderer killed a bunch of people by suffocating them in concrete within the walls of the building. A few crazy tenants still live in the building, although they've received eviction notices. Also residing there are the building's disturbed caretaker Mary (Unger) and her equally disturbed teenaged son Jimmy (Bright). Sam's mission is to figure out the best places for explosives to bring the complex down, although she seems rather lackadaisical in her approach, as she walks around, shops at the local store, talks to the tenants, and plays old Christmas record albums in the only remaining furnished apartment for guests. She's not exactly focused, in other words.

But then, it wouldn't help develop the spooky ambience of the film if Sam were purely devoted to her work, I guess. The first hour or so of the movie is quite good, even if the setup seems more than a bit unreal. Sam has some nightmarish visions, and Jimmy's obsession with her leads to some inappropriate sexual tension and frustration that Sam doesn't 100% defuse. In fact, the three main characters form a bizarre pseudo-love triangle that's unnerving and works well to establish a creepy and unnatural air to the proceedings.

Unfortunately, the surprise twists that Walled In leads to in the final half hour of the film seem silly and disappointing. Despite some hints to it in the first hour, Walled In ends up not being a supernatural piece but another exercise in the torture genre. That's a shame because this movie could have worked if it had followed a Shirley Jackson template and offered either ghostly goings-on or some form of psychosis on part of the heroine.

All in all, this production, helmed by director Gilles Paquet-Brenner, offers some claustrophobic frights within an unusual apartment complex and some truly offbeat characters. It just ends up going in the wrong direction at the end. It's still worth a look, I think, and would recommend it to the horror crowd. 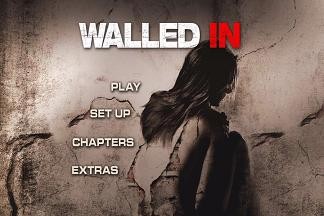 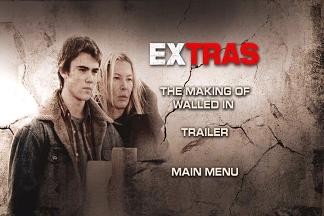 Anchor Bay gives Walled In an anamorphic widescreen presentation in a 1.78:1 aspect ratio. The video quality is very good, with strong colors and nice clarity throughout.

Optional English subtitles for the deaf and hearing impaired are included.

Trailers precede the main menu for Virgin Territory, Jack Brooks: Monster Slayer, Cold Prey, Dead Space: Downfall, and Laid to Rest. There doesn't seem to be a link to these in the menu system, but a Trailer link leads to the trailer for Walled In.

The only other extra is The Making of Walled In (14:28), which feels more promotional than supplemental, but there are some interesting comments from the director, cast, and crew. The featurette is presented in anamorphic widescreen.

Mischa Barton, Cameron Bright, and Deborah Kara Unger play their unusual characters very well in Walled In, and the setup is creepy and atmospheric. However, the movie is let down when it ventures into the torture genre route rather than sticking to a more appropriate supernatural formula. Still, it's worth a look and recommended.