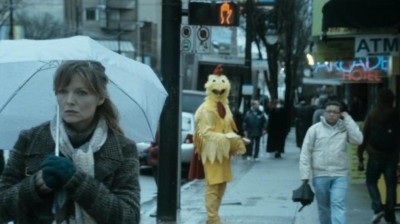 I find it reassuring that Ashton Kutcher is at least trying to branch out from his aggressively juvenile comedic persona. It's a rare occasion to find the actor testing himself beyond slapstick and pranks, but "Personal Effects" makes a great case for Kutcher to remain firmly in his comfort zone. A gloomy, clumsily mounted drama about the aftermath of horrific personal loss, "Effects" aims to be a soul-cleansing parade of broken people finding fragmented connection, but mostly offers fumbling performances and direction that mistakes vacant stares for penetrating fixations of grief.

Andrew (Ashton Kutcher) is a college wrestler ripped from his training to tend to the trial of his twin sister's alleged killer. Stuck in his dreary hometown with only his rage to keep him busy, Andrew finds comfort in the company of Linda (Michelle Pfeiffer), a woman who lost her husband to a violent crime and is also awaiting a verdict. While they both endure the humiliations of the criminal justice system, Andrew and Linda develop a bond that turns romantic, further confusing the situation. Trying to sort out their complex emotions, the couple learns to rely on each other through the hard times, while the hand of fate pushes tragedy closer for Linda's deaf teen son, Clay (Spencer Hudson, the lone highlight of the picture).

Adapted from a Rick Moody ("The Ice Storm") short story, "Personal Effects" is well equipped with characters plagued by sadness, working through dreadful situations with minimal psychological faculties. In the hands of an experienced director, or perhaps a helmer with an atypical sensitivity, something significantly cathartic might've been pulled from the material. Television director David Hollander isn't the right man for the job. From the on-the-nose steel blue color timing to the misjudged performances, Hollander treats "Effects" as a conventional screen elegy, not as motion picture about human beings. It's a strange approach for a feature that eventually requests mighty emotional involvement from the viewer. It's a frigid quality that waits patiently for the actors to come along and lend it purpose. However, one of these performers is Kutcher, leaving Hollander's game plan in a bit of a pickle.

Kutcher isn't the sole reason "Effects" fails to break out of its shell, but he's a primary contributor to the film's ineffectiveness. Playing Andrew as a 24-year-old caveman, paralyzed by grief and only able to communicate through grunts and shrugs, Kutcher overplays the mourning, stumbling into soap opera, flared nostril ham. It's a performance of mental discomfort that's never believable, further confused by Hollander's erratic direction, which flirts with what I trust are darkly comedic touches (Andrew wears and stews within a fast food chicken costume for his day job) that Kutcher expectedly bumbles. 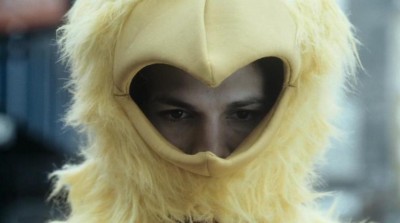 Pfeiffer doesn't fare any better, even with considerable, proven talent on her side. Positioned into the "mature lady" sexual aggressor role, Pfeiffer spends the majority of her screentime determining what Kutcher's stiff body language is trying to communicate. Hollander has little guidance to offer her, so Pfeiffer struggles to hold on to what little dignity is afforded her and the ill-defined character.

The title "Personal Effects" is a literal translation at times, referring to the items left behind by the murdered loved ones of the story, including photos, records, and a gun. The latter item being a plot device to introduce a trickle of tension and dam-busting regret into the third act, disrupting whatever intimacy is allowed to breathe. Ultimately, the material is much too delicate and screams out for a precise concentration that's beyond the professionals gathered here. And let's be honest, the material also could've benefitted from 100% less chicken costumes. 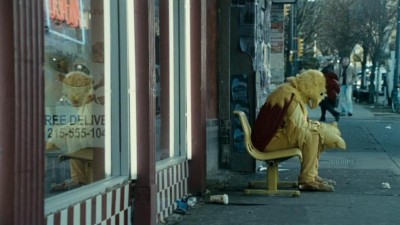