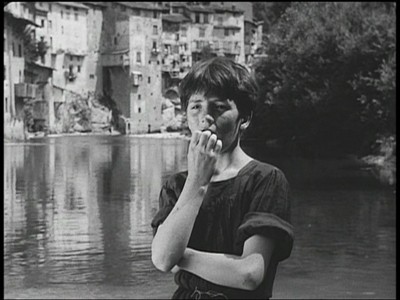 Childhood is the source of many a pain and many a happiness, and the collision of the two is often the basis for some our best art. The 1925 film Poil de Carotte (Carrot Top) is based on the writing of Jules Renard, and the material was adapted to silent cinema by director Julien Duvivier, perhaps best known for directing Jean Gabin in the exquisite crime thriller Pepe le Moko. This material would end up being so important to the filmmaker, he would remake the story again in 1932 as a sound picture. Though I haven't seen the later version, based on what I've seen here, there was no need. He got Poil de Carotte right the first time.

Francois, played with a hyperactive sense of drama by André Heuzé, is a nine-year-old boy with red hair and freckles and one of the hardest lives this side of a Dickens book. At odds with his gossipy mother (Charlotte Barbier), the youngest of three is the family outcast, shunned for his looks and forced to do most of the household chores. Mom favors her eldest son (Fabien Haziza), unaware that precious Felix is locked in an illicit affair with an opportunistic nightclub singer named Marie (Renée Jean). As is typical in these kinds of family stories, the one who is persecuted is usually the one with the least reason to be. Much of the rest of the family has something to hide. Even Mr. Lepic (Henry Krauss) chooses to hide his eyes from the truth.

The first person who sees something wrong is the maid, Annette (Lydia Zarena), who manages to remain unseen when Mrs. Lepic pulls some of her dirty tricks. This includes manipulating Francois into alienating his father and humiliating her son by sneaking a chamber pot into his room when its absence had forced him to drastic measures. It's all the more embarrassing now that he thinks the receptacle was there the whole time. Annette tries to drop hints to Mr. Lepic that something is wrong, and she also tries to pay attention to Francois and show him that families can love their children. This backfires, however, and only makes Francois feel worse. If other families can get along, that must mean something is wrong with him. 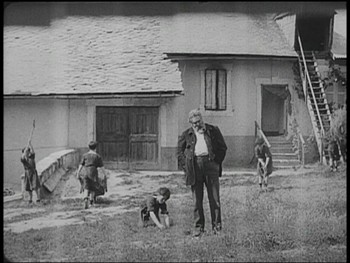 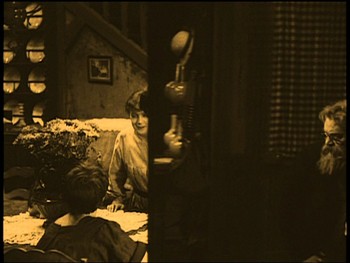 Even in this early entry in his filmography, Julien Duvivier is already showing an impressive visual assurance. Though Poil de Carotte could have been a straightforward story about a rough childhood and still worked quite well, Duvivier's confidence with special effects adds a fanciful element that shows an interior world shared by father and son. Francois has a rich fantasy life, one that is tied to fear (the ghosts he sees in a dark night) and memory, both good (Annette's kindness, his pets) and the bad (visions of his mother's punishing hand). The first hint that we get of dad's similarly vivid mental capacity is a marvelous composite shot of him standing on his front lawn and realizing all of the things Carrot Top does. He is surrounded by a handful of images of the boy at work, the lines between the pieces barely perceptible even when you look for them. This elevates Poil de Carotte to more than a mere dramatic adaptation of the Jules Renard story and something more akin to poetry.

Duvivier is also impressively innovative in a scene where the secrets begin to collide. In order to keep his girlfriend happy, Felix has started stealing money from the household coffers. Mr. Lepic believes it to be the older child, but Mrs. Lepic of course suspects the redhead. Only the boys' sister knows, but she's also on the take. As accusations and lies begin to fly around the room, the director uses mirrors to show us alternate angles, creating a split screen by rolling the glass into frame, showing us what is happening behind the main action. Thus, if the sister is telling Mrs. Lepic that Carrot Top is a thief, the mirror slowly clues us in to Mr. Lepic's suspicious reaction on the other side of the room. It creates the illusion of a panoramic shot, of a second camera circling the room while the main camera stays central.

The narrative takes a particularly dark turn in the third act when Carrot Top, convinced that he doesn't belong in such an unhappy, loveless world, decides to kill himself. It's a none too simple mission to accomplish, Francois' first plan falling apart when he doesn't have the strength to carry it through. In these contemplative moments, it becomes clear what a good performance the young André Heuzé is delivering. In the early scenes, he comes off as a little over-the-top, constantly emoting to the extreme and mugging for the camera. It's not that unrealistic in terms of how we know children with behavioral problems to conduct themselves, but given the acting style most commonly associated with silent cinema, it's difficult to judge if it's ham we're being delivered. As the boy sinks deeper into despair, however, all doubts dissolve, particularly in a touching scene where he is comforted by a young neighbor girl whom he has childishly promised to marry. Their union doesn't seem like such a silly game in those moments.

The climax of the film is a whirling, sophisticated mise-en-scene. Mr. Lepic is making a mayoral bid when the other men in town let him know the gossip that is dogging his family. His hunt for Felix and his hussy becomes intertwined with Annette's search for Francois, who has disappeared from the fairgrounds even as the situation with his brother blows up. Back home, Mrs. Lepic is wallowing in her own self-pity, oblivious to the harm her youngest intends to cause himself in their barn. Duvivier juggles all of these elements, cutting back and forth and ratcheting up the tension, bringing Poil de Carotte in for a delicate, emotional finish that more than delivers on the promise of all that came before. Again, in different hands, the final scenes could have been cloying and overly sentimental, but Duvivier maintains a good balance, not letting everything he has worked so hard to create lose its credibility when it counts. 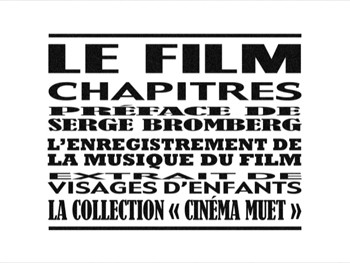 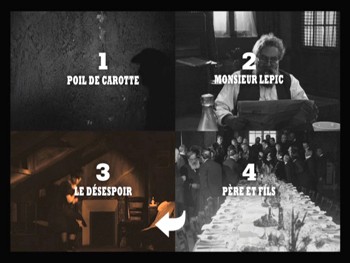 Video:
According to a video introduction on the Poil de Carotte DVD, the transfer was created from a print of the film restored using an archival negative and two separate nitrates. This makes for a full-frame picture that shows the ravages of time in terms of some dirt, scratches, and other visible damage, but that is otherwise remarkable for how clear and intact the material turns out to be. A bunch of the scenes even sport the original color tinting. Really, any complaints here would just seem ungrateful!

Sound:
Gabriel Thibadeau has created a new orchestral score for Poil de Carotte that is quite excellent both in execution and recording. The music is never too forceful and regularly enhances the images nicely.

French intertitles retain the original language of the film, and both English and German subtitles are available. The packaging says Dutch rather than German, but before the menu for the film loads, it asks what language you would like it to be in, Francais, English, or Deutsch; likewise, when toggling through the subtitles, my DVD player shows the second option as German.

Extras:
As mentioned above, there is a video introduction (3 minutes, 33 seconds) here by Serge Bromberg, owner of Lobster Films, in which he explains the restoration process as well as some of the history of Poil de Carotte. Thus, we discover that Jacques Feyder originally tried to adapt the Jules Renard story, therefore explaining why we also get a short clip of Feyder's similarly themed silent Visages d'enfants.

A 7-and-a-half minute featurette on the recording of the new score is also included, as well as a 13-minute montage of clips from other films included in the "Silent Era" line alongside Poil de Carotte. Though, I am not exactly sure how much of that collection is available in the states; this is a region 0, NTSC DVD.

FINAL THOUGHTS:
Highly Recommended. Though dealing with some heavy subject matter, Julien Duvivier's 1925 silent adaptation of Poil de Carotte is a surprisingly easy to digest and emotionally satisfying look at childhood. Following the hyperactive redhead of the title, played by the freckle-faced André Heuzé, the story has the many moods of a young life, from humor to anxiety and love to full-on terror. Telling intertwined stories of the entire Lepic family, Duvivier paints a complex portrait that is touching and poetic but still very real. The impressive DVD transfer also deserves special kudos, snatching a silent classic from the jaws of deterioration. 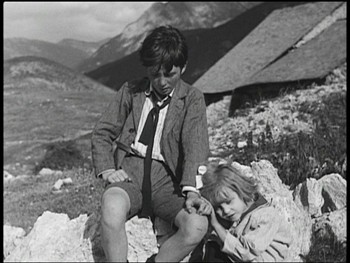 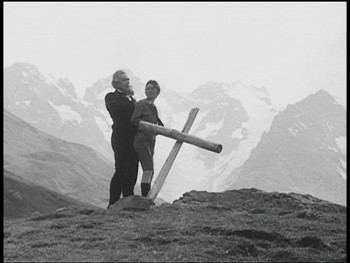