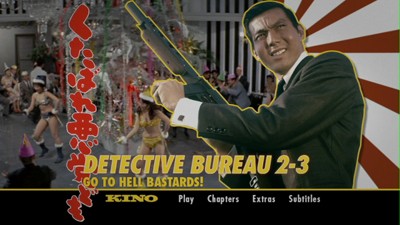 With a title like Detective Bureau 2-3: Go to Hell Bastards!, who wouldn't want to watch this movie? The fact that it's directed by crazy crime master Seijun Suzuki and stars his chipmunk-cheeked main man Jo Shishido (Branded to Kill, anyone?) is just an extra clip of ammo in the chamber. If you've got socks, start checking 'em for rocks.

This 1963 picture stars Jo Shishido as Tajima, a private detective in charge of his own company, Detective Bureau 2-3. When warring criminal gangs go overboard by robbing U.S. military munitions, Tajima steps in to stop what the cops can't. Knowing that the various factions will be gunning for Manabe, a possible stoolie picked up at the heist, as soon as he's released from jail, Tajima convinces the cops to build him a cover story and sets up a daring rescue to prove he's hardcore. When one truckload of bad guys are wielding samurai swords and the other has machine guns, you know the only tool that can stop them, right? Yup, a cement truck!

Once he's in Manabe's gang, Tajima spends the rest of the movie trying to stay in it. A suspicious lot, they test his secret identity while he romances the mob boss' moll and tries to keep another girlfriend, a nightclub singer who loaned him money at the casino, from outing him as a faker. He even goes so far as to sing a number with her at the yakuza hang-out. That's dedication, my friends. The goal is to stay alive long enough to figure out where the weapons are, expose the real boss, and cause one big gangster brawl so the cops can sweep all of these disagreeable thugs up with the big broom of the law.

Anybody who has seen a Seijun Suzuki movie knows what crazy, sexy, cool masterpieces they can be. Sure, from certain artistic and storytelling standpoints, Detective Bureau 2-3 is a mess. The pacing is all over the place, and Suzuki's hack-and-slash editing has little care for continuity. Through much of this movie, Jo Shishido's dialogue and facial expressions barely match, which is perhaps why his default look is one of staring-into-the-sun bewilderment. The guy had cheek implants to give him a constant puffy look, what more can you expect from him? Jo Shishido is the coolest, you don't even know! In one of the big showdowns, Tajima's enemies try to fill up the basement he's in with motor oil and set it on fire, and he uses a machine gun to shoot a hole through the concrete street so he can toss crucial evidence to safety and hopefully signal a rescue. I'd like to see Bruce Willis try the same thing.

I mean, no one watches a Suzuki movie for its sophistication; rather, you tune in to sit back and bask in the director's gonzo style. Detective Bureau 2-3: Go to Hell Bastards! is full of tough guys in fancy suits swapping snappy patter and brandishing guns. It's sometimes violent, often very funny, and even sexy in a sort of Japanese Rat Pack way. Tajima's detective agency only has two other employees: a middle-aged drunk woman and a meek lackey, neither of whom get along, one who never does anything and the other only ever does what he's told with the greatest of reluctance. Amusingly, Suzuki uses television as an expositional tool, having news crews always on the spot to report the goings-on back to the police chief and the flunkies keeping an eye on the loopy dick. Yet, at the same time, he's denigrating the medium for being too silly, throwing in a joke about how his movie isn't an American cop show, it's something else entirely. Trust me, you won't have any arguments.

And all of this is set to a jazzy rhythm. Harumi Ibe's score is a real stand-out in terms of early 1960s cool. There are multiple song and dance numbers in the bar that, by today's standards, feel a little self-conscious in their Vegas mimicry, but even in those, the set-ups and the costumes are gorgeous. There is a dash of Henry Mancini's Touch of Evil in the score, complete with the Latin American beats, but there's also a little rock 'n' roll and jazz, making for a soundtrack that would have been ripe for being rediscovered in the mid-'90s lounge craze. Harumi Ibe would have been equally at home orchestrating either Ocean's 11, be it for Sinatra or Clooney.

Again, I don't want to give any misconceptions here. No one is going to lay any heavy deconstructionist theory on you and try to inflate this film, I am not trying to sell you on Detective Bureau 2-3: Go to Hell Bastards! as being anything other than it is: the cinematic equivalent of a sake bomb, particularly of the Red Bull variety. Its high energy content is likely to put you off balance, but if you go with the rush, you're probably going to have a grand evening. 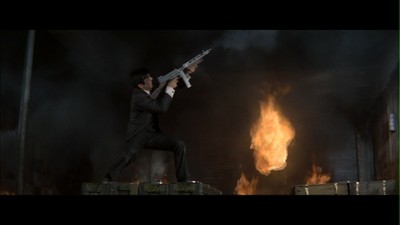 Video:
This DVD preserves the movie's original 2.35:1 aspect ratio in a fantastic anamorphic widescreen transfer. The colors are vibrant, maintaining that pulpy 1960s sheen. There are virtually no spots of dirt or scratches, and no problems with pixilation or compression. Outside some marginal interlacing, it's a great looking disc. 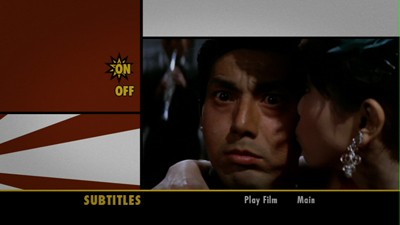 Sound:
A solid though basic audio mix serves the original Japanese soundtrack well. As noted in the review, the score for the movie is particularly noteworthy, and so I appreciated how clear it sounds. The dialogue and the sound effects are well balanced, and the tones are sharp.

The optional English subtitles are pretty good, though occasionally clunky.

Extras:
There isn't much. There is a short stills gallery featuring shots from Detective Bureau 2-3: Go to Hell Bastards!, and two trailers for other Japanese crime movies: Cops vs. Thugs and Yakuza Graveyard.

FINAL THOUGHTS:
If you're a Seijun Suzuki fan already, then Detective Bureau 2-3: Go to Hell Bastards! is a must-have. Teaming the director with his most iconic star several years before the big breakthrough of Branded to Kill, this crazy undercover cop movie is a blaze of bullets, babes, and bulgy cheeks--just what Suzuki admirers are aching for. For some, his clipped storytelling, relying more on energy than internal logic or even common sense, might be an acquired taste, but really, it shouldn't take much effort at all to acquire it unless you're a complete bore. Detective Bureau 2-3: Go to Hell Bastards! has style all the way and enough cojones to earn the right to bear such a wild title. Highly Recommended. 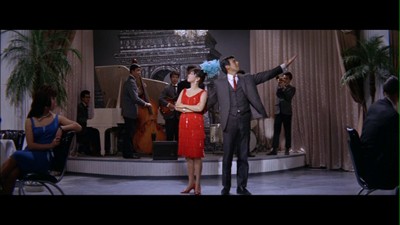