"Beautiful girls and a mystery. Isn't that how all film noirs begin?" 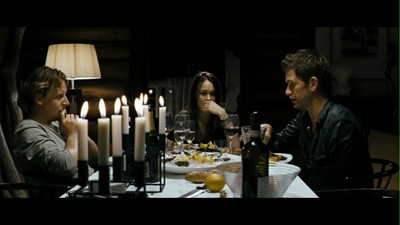 Neither as immediately compelling as the classic film noir its dialogue invokes, nor as far afield from the Hollywood-style thrillers some later narration will jokingly disparage, Ole Bornedal's 2007 crime picture, Just Another Love Story, lies somewhere in the middle, a decent picture that could have been better had it maybe had a clearer idea of what it was pretending to be.

The Danish film builds its plot from lives randomly intersecting. Jonas (Anders W. Berthelsen) is a family man with a morbid job: he's a crime scene photographer. He's seen his share of dead bodies, and though a colleague, Frank (Dejan Cukic), will try to warn him how bad choices are usually the reason those bodies ended up in that condition, Jonas does not heed the warning. When his car breaks down and a distraught woman causes a bigger crash when she swerves to miss his vehicle--and thus avoids killing Jonas, his wife (Charlotte Fich), and their two kids--Jonas starts to feel guilty.

Not that he should. What Jonas doesn't know is that the woman in the crash, Julia (Rebecka Hemse), was freaking out and distracted because she had just returned from Hanoi, where she had killed her boyfriend, Sebastian (Nikolaj Lie Kaas). We know this because Bornedal has begun his film with a series of vignettes explaining the various dynamics of romance that make up Just Another Love Story. We've seen Julia pull the trigger, we just don't know why.

The twists begin when Jonas goes to the hospital to visit Julia and assuage some of his anxiety. He lies to the front desk so he can gain access to the comatose patient, claiming to be her boyfriend, not realizing that her family is in earshot. They quickly pull him into their pain and grief, believing him to be the lost Sebastian. A dreamer who has a desire for a new life unencumbered by his family duties, Jonas goes along with it, seeing the possibility of starting over as someone different. The ruse quickly grows out of his control, though, especially after Julia wakes up. Mostly blind and having lost her recent memories, she can't tell the fake Sebastian from the real one that haunts her memories. There also appear to be strange things going on at the hospital. Jonas is in way over his head. 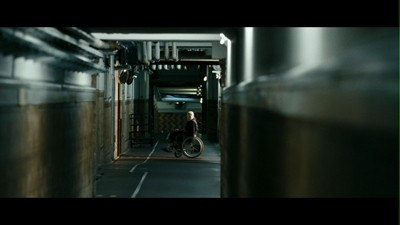 It's a pretty good set-up, though it's hard not to think this could be a plot to a latter-day Sandra Bullock movie (as opposed to the romantic comedy version she made as a younger actress). Ole Bornedal, best known for directing the Danish Nightwatch in 1994 and then remaking it in Hollywood with Ewan McGregor in 1997, knows his way around a thriller, and he's adept at ratcheting up the tension when required. There are many nail-biting scenes in Just Another Love Story, particularly a verbal face-off in the final act of the picture. Just Another Love Story is at its best when its working the melodramatic, potboiler angle. Anders E. Berthelsen, who is also quite good as the self-righteous and bullying priest in Niels Arden Oplev's Worlds Apart, is excellently cast as the shlumpy everyman who grabs at opportunity even when every good-sense instinct tells him not to. The way he comes alive around Julia, and how he eventually stands up for her, convincingly transforms the meek husband into a gutsy lover.

The downside is, that for as much good set-up as there is in Just Another Love Story, there is also a lot that is mishandled. Though Bornedal wishes to liken his concept to old noir, he works with very few of the tropes. At its core, the movie is more like a 1990s woman-done-wrong picture, something Julia Roberts might have made to follow up a frilly comedy. So, why then lay the groundwork for the final conflict like this were a horror movie, complete with bandaged men roaming the hospital halls and "he's calling from inside the house" scenarios? Every piece of the puzzle is bluntly cleaved. Even if all the promotional art on the DVD didn't totally telegraph where Just Another Love Story ends up, Bornedal makes no bones about doing so within the film itself--and not just the opening bits that start at the finish, either. You'll see it right away. "Oh, so that is what's going to be used to strike the killing blow."

Orendal is also too indulgent in his stylistic visual conceits. The use of green screen for layered shots is meant to get us into the heads of his nervous characters, but the obvious façade of these moments keep us out of them instead. Likewise, the long slow-motion whirl of Julia's car crash lessens the shocking impact of the accident when it does happen. Elsewhere, the director's constant cross-cutting between timelines and scenes sucks the drama right out of the scenario. We're too aware of the juxtaposition, and instead of enhancing Jonas' descent into his secret life, the editing serves to only slow his fall, like air pockets that buoy him rather then letting him go straight down.

Even with those complaints, Just Another Love Story has enough of a good story at its core to survive the flash of the fireworks. When Bornedal stops showing off and lets things settle, the internal conflict has enough real drama to keep the movie interesting. Add to that some truly brutal violent confrontations, both physical and emotional, and Just Another Love Story proves to have some surprises waiting for those patient enough to stick it out. 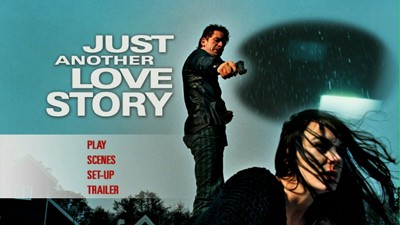 Video:
Just Another Love Story is given a 2.35:1 anamorphic transfer that, outside of some interlacing, is very nice to look at. The colors are well rendered, the blacks are solid, and the surface of the image is free of any dirt or scratches. There are occasional pauses at chapter changes, as well as a more pronounced layer shift midway through the movie, but none of these are very jarring.

Sound:
There are two mixes of the original Danish soundtrack: 5.1 surround and 2.0 Dolby Digital. The audio quality is excellent, including warm tonal qualities in terms of the music and some fantastic sound effects. The gun shots, for instance, really pop.

The optional English subtitles appear in yellow and are well put together, very easy to read.

Extras:
Only the theatrical trailer.

FINAL THOUGHTS:
Recommended, but only just so. Ole Bornedal's Danish thriller, Just Another Love Story, has an excellent set-up, but it stumbles in the aesthetic department. The central narrative idea of a man feeling guilty over a car accident pretending to be the boyfriend of the injured victim has a lot of great dramatic moments, but clumsy plot devices inserted into the story to ratchet up the narrative end up being more jarring than convincing. A tense and violent climax manages to mostly salvage the movie, however, and the excellent cast works its way around the director's needless stylistic flexing to make a movie that should keep you guessing even if sometimes it's trying to guess why it's being done the way it is. 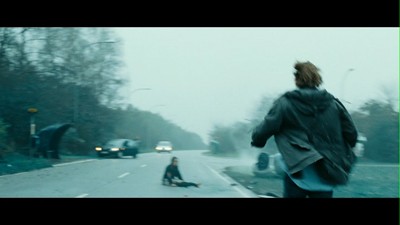