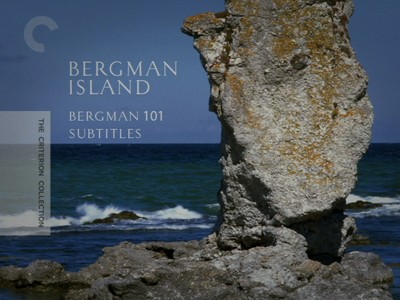 The world lost Ingmar Bergman in 2007 when the 89-year-old director finally passed on into that good night. At the end of Marie Nyreröd's documentary Bergman Island, he talks about his experiences with death, how it had been an obsession of his for most of his life, and how a supposed near-death experience and the loss of his last wife, Ingrid, changed how he viewed the big switch. It's clear he had given some thought to what he should do with the time he had left, and it is probably why he allowed Nyreröd unprecedented access to his secluded island home, Fårö, in 2003. It would be the place he would spend the rest of his years, giving up all ties to the mainland not long after his sessions with Nyreröd were done.

Bergman Island is culled from hours of footage--and indeed, this 83-minute single episode version is about 90 minutes less than the three-episode version Nyreröd made for Swedish television. You may have seen pieces of this interview on other Bergman discs, where relevant portions have been turned into introductions for his various films. A reclusive personage who regularly poured a lot of himself into his movies even if he didn't share it with the public outright, Ingmar Bergman is not nearly the grave man one might imagine from watching his ultra-serious output. Very much at ease with Nyreröd, he sifts through his life with candor, indulging in laughter that is both bitter and genial, and allowing pride and regret to commingle.

In terms of technique, there is nothing revolutionary about Bergman Island. Good conversation is punctuated with film clips and photographs, including many from the director's personal archives. He also grants Nyreröd access to his private movies, including 16mm reels taken on the sets of many of his productions. See Ingmar Bergman laugh with his actors! See Ingmar Bergman scout locations on Fårö for the first time! See him sleep in the back of his car! For an artist who could find profound meaning in the mundane, who elevated the details of personal turmoil to mystical levels, there is something humanizing about witnessing him in his day-to-day activities. Not just in the past, either, but also in the present. Yes, that is the deeply intellectual Swedish filmmaker driving his jeep in circles around his workspace just to see if the cameraman could keep up with him. If the men who make heavy dramas are private cut-ups, does that mean those who make screwball comedies are dour when they go home? One suspects the affirmative to be true. 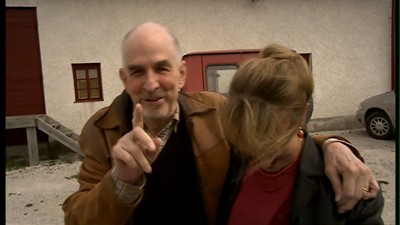 A good documentary of this kind is made entirely in the editing bay, in knowing what to leave in and what to take out. Marie Nyreröd makes good choices, sticking to the important moments, the crucial relationships and the pivotal films, giving the first real focus to 1955's Smiles of a Summer Night and taking us all the way to the recently completed Saraband, Bergman's last film as director. Saraband in particular yields a couple of interesting clips that give us some insight to what was on the author's mind in his later years. Bergman's films act as sign posts to his growth and development, markers along the evolution of his thinking. Nyreröd finds the appropriate moments in the cinema and couples them with the appropriate moments from the interviews, exposing how the man informed the art and how the art informed the man in ways no one else has.

Bergman Island is an intimate portrait of a man who, as it turns out, was the most intimate of auteurs. For Ingmar Bergman, life and cinema were never separate. He sacrificed toys for a film projector, familial contentment for career, and even some of his precious privacy when he saw another way to make us see his point of view. Marie Nyreröd was there at just the right time to capture it before it all went away, and for that, cinephiles everywhere should be eternally grateful. 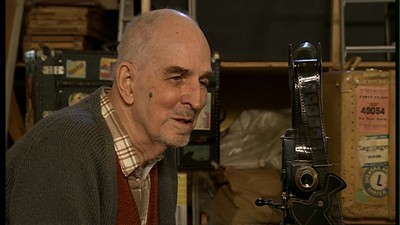 Consumers should note that though Bergman Island is being sold on its own, complete with an individual Criterion Collection spine number and everything, the same disc, including the extras, also serves as the second DVD in the new edition of The Seventh Seal. If you plan on upgrading your copy of that movie, which I highly suggest you do, there is no need to buy the separate release of Bergman Island.

Video:
Bergman Island has been transferred to DVD at 1.77:1 aspect ratio, and the anamorphic image looks really good. Shot for television, it has a slight video look, but the colors are rich and the clips of the old films all look like they were taken from the best possible sources.

Sound:
The Swedish audio is mixed in stereo and given a clear presentation, easy to hear and lacking in any extraneous noise. The optional English subtitles are very good, easy to keep up with, and representative of the character of Bergman's speech patterns.

Extras:
Bergman Island is in a standard DVD case made from clear plastic. It comes with an exclusive booklet featuring an introduction to the documentary by director Marie Nyreröd. 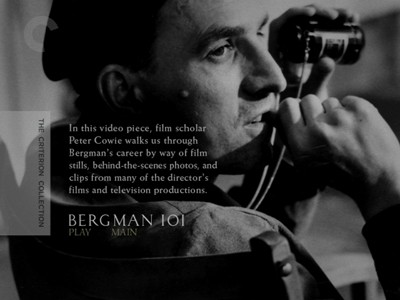 Also included is a new 35-minute video presentation put together by film scholar Peter Cowie. Titled Bergman 101, it is exactly what it sounds like: a primer on the work of the great director. Narrated by Cowie, it gathers photographs and clips to give an overview of Bergman's extensive filmography. It also serves as a minibiography, with Cowie noting each development in the subject's career and how it also corresponded with what was going on in his personal life. In addition to the more popular films, this short also gives recognition to the lesser-known lighter fare, making me wish there would be an increased effort to get some of these other features out in North America. Perhaps another Eclipse set? Bergman Comedies, anyone?

FINAL THOUGHTS:
Highly Recommended. Given how Ingmar Bergman was a bit of a pioneer when it came to "making of" featurettes--the 1982 film The Making of Fanny & Alexander puts most DVD extras to shame--it should come as no surprise that when he finally did let down his guard and invite Marie Nyreröd out to Fårö to discuss his life and tour his island home, the effort would produce one of the most candid and revealing portraits of a film director one could ever hope for. Touching, insightful, and even funny at times, Bergman Island is a real treat for fans of the great filmmaker. 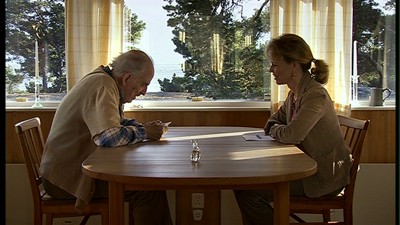