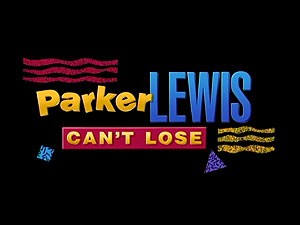 
The Show
The moment I heard the first notes of the sunny theme music on the pilot episode, I was transplanted back to my youth, an age of garish, yet undeniably comfortable clothes, inexplicably bland music and an upstart young TV network willing to take some chances. After all, Parker Lewis Can't Lose is as representative of the early '90s as any show on TV at the time, when the country was seemingly stuck in high school, defined largely by youth culture. Looking back in time via my TV screen, it's fascinating to see a world none too long ago, yet another world away.

For anyone who's a fan of the John Hughes classic Ferris Bueller's Day Off, the concept of Parker Lewis Can't Lose will feel very familiar: Parker (Corin Nemec, The Stand) is a smooth operator who finds himself in the middle of trouble again and again, but he's able to walk through the flames and come out unscathed. Unlike his cinematic compatriot though, Parker was actually successful on TV (thanks in large part to being a big fish in the small pond of FOX' early days.) With the help of his "buds," rock n' roll rebel Mikey and geeky freshman Jerry, Parker navigates the social maze that is high school with style and sophistication well beyond his time, on a show that frequently feels like a live-action cartoon.

Though very similar in idea with Ferris Bueller, Parker Lewis had an important distinction. While Ferris was a legend in school, Parker was definitely not top dog at Santo Domingo High. He was certainly admired and popular with the girls, but he had to cope with the same issues as his classmates, and existed in a strata that was a step below the coolest kids, befitting his status as a high school junior. There is also an altruistic air about Parker that makes him more likable, as he's just as likely to pull off a stunt to help others as he is to assist his buds, even if, in the end, he's the one benefiting from his own good deeds (often when helping the Kube (Abraham Benrubi), an ever-hungry walking force of nature.) 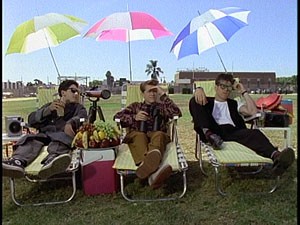 The main trio of Parker, Mikey and Jerry gave the show a bit of everything in its protagonists, but the supporting cast was a big reason the show was so good, especially when it came to giving Parker someone to go head-to-head with. They say a hero can often be judged by his rogues gallery, and Parker has some winners, starting with his arch-nemesis, Principal Musso (Melanie Chartoff) an angry, conniving disciplinarian who today would be labeled a cougar thanks to her libido. Aided by one of the creepiest sidekicks ever in student assistant Frank Lemmer (Taj Johnson), she's constantly trying to get Parker out of her school, often breaking the glass in her office door out of frustration. Only her power as a school administrator keeps her ahead of Parker's sister Shelley (Maia Brewton) on his list of enemies, because she's even sneakier, darker in temperament and more dangerous, living under the same roof as him. Unfortunately for her, she's got secrets of her own, and Parker knows all of them, and is willing to tell their parents (Anne Bloom and Tim Stack (who, paired with Nemec, might be the perfect fictional father-son pairing.)

Though the plots of these episodes don't differ tremendously from the usual teen sitcom, covering the bases like fitting in, being a good friend and dating, it's the way the stories are told that made them entertaining and unique. The directors leading the way were just making their bones, and brought serious creative energy to a show willing to embrace an over-the-top style. The result was a show that utilized extreme camera angles, a variety of special effects and a general sense of anything goes, with characters who can teleport and Jerry's jacket (a portal to another dimension from which he can pull almost anything.)

Though there's plenty to enjoy about this series, especially when it comes to the rivalry between Parker and Musso and the oddly compelling character of Frank, not everything works. If you weren't of a conscious age in the early '90s, the show will probably feel like high camp, if only for Parker's loud shirts, while his technologically-advanced schemes seem laughably dated now (along with the rest of the tech in the show, like the video games they play, including the Atari Lynx and Tiger's monochrome handheld games.) Existing just before the age of moderately-sized cellphones and the Web, it may as well be the 1950s.

Also off-putting are the times when the show takes a shot at something more serious than winning the district science fair, with "Teacher, Teacher" being one of the more egregious examples. Being his usual Parker self, he pulls several pranks that wind up with Ms. Donnelly, his favorite teacher, saving his bacon. Feeling taken advantage of, she leaves the school, crushing her loving pupils and making Parker into Public Enemy No. 1 at school. Parker's attempt to fix things features some ridiculously earnest dialogue from Mr. Lewis, lines that felt really out place of place. It wasn't the only time such an attempt was made (Ziggy Marley's request for Mikey to stay in school is similarly cringe-inducing) and they never worked. Thankfully, when tackling Jerry's crippling video-game addiction, they remembered it was just a comedy show, and a very good one at that. 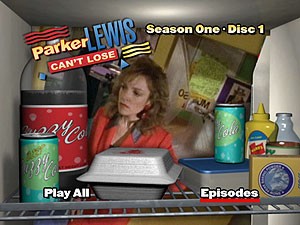 The DVDs
A four-disc set, holding 26 episodes, this collection is packed in two dual-hubbed clear ThinPaks with two-sided covers featuring episode descriptions. The cases, along with a 12-page booklet offering a letter from one of the show's creators and more details about the episodes (including trivia and guest star info,) sit in a colorful slipcase. The discs have animated, full-frame menus mimicking the show's unique opening titles (particularly the pilot's) with options to select episodes, play all and extras (where applicable.) There are no audio options, no subtitles and no closed captioning.

The Quality
The full-frame episodes are good overall for their age, but can look rather rough in spots, with some noticeable dirt and damage and rather excessive video noise in darker scenes. The video effects, as dated an element as any on this show, don't look so hot either, joining with the softness in the details and somewhat muted colors to show the series' age. After watching for a while though, you'll start to ignore the issues.

Seeing "Presented in stereo, where available," never meant much at the time, and it doesn't mean much here either, as there's nothing interesting about the mix on these Dolby Digital 2.0 tracks, though everything is clean, with the many music tracks, sound effects and special treatments coming through clearly.

The Extras
I wasn't expecting much in the extras area, considering the series' low profile outside of the cult of coolness, but I was happily surprised to see a relatively healthy group of bonus content, starting with seven audio commentaries. The tracks mix creative staff and cast in various combos, including the producers, music composer Denis McCarthy and director Bryan Spicer, as well as the majority of the main cast, revealing background info about the series (though occasionally they get caught watching.) In a nice touch, one episode features the Lewis family on the mics, as Nemec, Stack, Maia Brewton and Anne Bloom sit down to chat about the show.

The other extra is "The History of Coolness: A Look Back at Parker Lewis Can't Lose," a nearly 30-minute mini-documentary about the series, featuring interviews with almost all of the main players, with the exception of Chartoff, who's absent from all of the extras. Oddly, there's not even a mention of her being missing, which normally points to some issue (though that's certainly just an assumption.) What is included is a lot of discussion about what made the series so unique, along with breakdowns of the characters and concepts, through the insight of the cast and crew. It's a massive education in the world of Parker Lewis for the uninitiated, but a nice summation of the series for the hardcore fans. 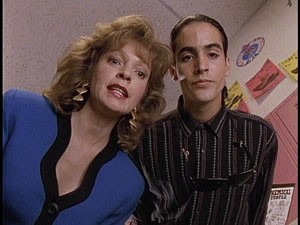 The Bottom Line
I had such fond memories of this series, but didn't have high expectations for it holding up well. Fortunately, it's still highly enjoyable, even if it is horrendously dated thanks to the fashions, haircuts, technology and pop-culture references. The video on the DVDs looks a touch worn, but they sound solid, and the extras are rather impressive for a series that's so cult. If you were between 12 and 20 in the early '90s, this is a must watch, but it's likely to appeal to anyone who enjoys a silly, over-the-top good time.