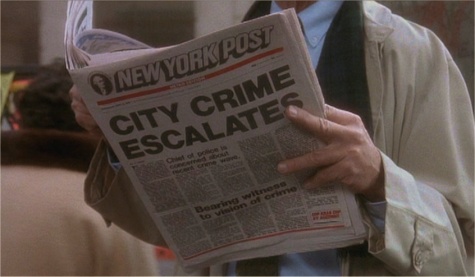 If you were alive at any time between 1987 and now, chances are you've heard of the Teenage Mutant Ninja Turtles. Even before that (1984, to be precise), the popular characters starred in their own comic book created by Kevin Eastman and Peter Laird, an oversized black-and-white funnybook that enjoyed its own enormous level of success. Essentially, TMNT was a true kitchen table project: the two independent creators were simply having fun, unaware that their creations would quickly grow beyond their wildest dreams. Spawning an endless supply of merchandise, a video game series and several feature films, TMNT was one of the most successful franchises of the late 80s and early 90s. Four feature-length films have been produced so far: three live-action adventures from 1990, 1991 and 1993, as well as a slick 2007 CGI revamp.

Teenage Mutant Ninja Turtles (seen at top and below left), originally released in 1990, was timed almost perfectly. The franchise's popularity was through the roof at this point, so it was hard to imagine any wide-eyed kid resisting its charms. I was just 11 when it came out, and I can still remember waiting in a line that was virtually wrapped around the movie theater. Luckily, the film held up its end of the bargain: it delivered plenty of action, comedy, suspense---and great costumes, designed by Jim Henson's Creature Shop. It obviously did big business at the box office despite its modest budget, as evidenced by the timeframe in which the next two sequels were released.

Live action films based on animated (or comic book) sources rarely get it right, but this crowd-pleaser still holds up incredibly well. It's an origin story of sorts, balancing the darker nature of the original comic book with a bit of the animated series' lighter tone mixed in. We're first introduced to our four reptilian heroes and their master, Splinter, along with news reporter April O' Neil, vigilante Casey Jones, the villainous Shredder and his dastardly Foot Clan. Movie buffs will want to keep an eye out for a young Sam Rockwell (Moon, Confessions of a Dangerous Mind) as one of Shredder's thugs-in-training. 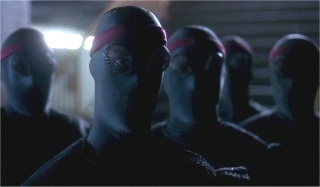 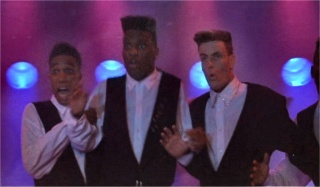 Teenage Mutant Ninja Turtles II: The Secret of the Ooze (above right) was released just one year after its predecessor and rides its coattails hard; along the way, it traded in most of the first film's angst for an extra-large portion of goofiness, cheese and less weapon-related violence. The formula certainly worked at the time: though it didn't perform quite as well at the box office (or with the critics), it still turned a profit and kept most kids happy. Merchandising tie-ins helped, of course.

This time around, our story introduces a mysterious form of toxic ooze created by Techno Global Research Industries, which seems to exhibit unusual mutating growth powers when combined with living organisms. It's no surprise that such a deadly substance soon falls into the wrong hands---Shredder's, of course---and he uses the ooze to create his own mutants for Turtle-squishing purposes; eventually, he's also transformed along the way. The film's most infamous scene takes place at a Vanilla Ice concert, where our heroes fight the oversized baddies during an "improvised" song-and-dance number. Rasslin' fans will want to keep an eye out for Kevin Nash (WWF's "Diesel" just a few years later) as the guy stomping around in the Super Shredder outfit.

Teenage Mutant Ninja Turtles III: Turtles in Time (below left) is the black sheep of the live-action Turtle family---and though it's easily the least impressive of the bunch, a few points are awarded for taking things in a different direction. Originally released in 1993, this time-swapping adventure takes place in modern-day Manhattan and feudal Japan, as a mysterious artifact transports April to the past. Naturally, the Turtles go back in time to rescue her---and it's not a tough choice, as their anonymous crime-fighting in Manhattan has worn out its welcome. It's a decent enough premise, but this fish-out-of-water story received a lukewarm reception...and let's be honest: when's the last time a "Part 3" was the best in a series? Aside from the troublesome script and pacing (which are somewhat alleviated by the returning Casey Jones), the Turtles' costumes look extremely goofy this time around, with pronounced spots and overly-toothy grins. Movie buffs will want to keep an eye out for the fast forward button, which may be used more than once. 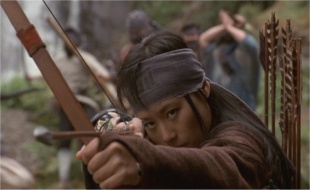 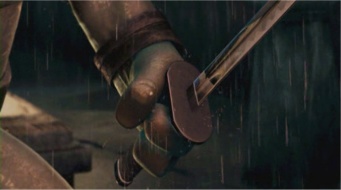 TMNT (above right) is new enough for most fans to remember vividly; this 2007 CGI outing could've easily been a disaster, but it wasn't. Unfortunately, it's not flat-out amazing, either. In fact, it's greatest asset also doubles as its most frustrating disadvantage: the art style. The beautiful backgrounds are certainly well-done, but the overly kiddie-looking characters stick out like a sore thumb (especially Casey and April, who look like they're barely old enough to vote). This is a huge distraction during the film...but aside from that, it's not a bad effort. Our story is interesting if not a bit overblown (a preface from 3,000 years ago...really?), and the overall production works quite well, even without a familiar set of villains. It's easily the second-best of the Turtle films and was obviously produced with long-time fans in mind. Considering the 14-year gap since Turtles in Time, that's high praise indeed.

Presented on DVD (again) by Warner Bros. Home Entertainment, these four TMNT films are now part of an oversized 25th Anniversary Collector's Set...and before you grab a calculator, it's the 25th anniversary of the Turtles' original comic book debut, not the films themselves. Unfortunately, there's more confusion where that came from: save for the new disc art, these four DVDs are exactly the same as the original stand-alone releases. In face, aside from a relatively cool packaging job, there's nothing here to get excited about...but while we're here, we might as well take a closer look, right?

Presented in their original aspect ratios (1.85:1 for the first three films, 2.35:1 for the fourth) and enhanced for 16x9 displays, these transfers are somewhat of a mixed bag overall. Since they're identical to the original releases in every way, don't expect any improvements here---but aside from the first two films, there really isn't much room for improvement anyway. The first and second film's darker palettes appear accurate, image detail is decent and black levels seem consistent, but there's still a bit more dirt and grain than there ought to be (especially during the second film, which hasn't been cleaned up a great deal). It's incredibly disappointing that New Line didn't bother to remaster the first two films in any way...or at least dump the pan-and-scan options from the second and third discs, which might've helped a bit.

Each main feature has been paired with a relatively crisp Dolby Digital 5.1 mix; the first film also includes a French 5.1 dub, the second and third films include optional English 2.0 Surround mixes, and the fourth includes optional French and Spanish 5.1 dubs. All four are satisfactory and generally improve consecutively---especially the recent TMNT, which sounds quite exceptional. Subtitles are also on board for each: the first and fourth films include English, French and Spanish subs, while the second and third include English subs only. TMNT also includes optional English SDH captions during the main feature and most of the extras (even the audio commentary!). 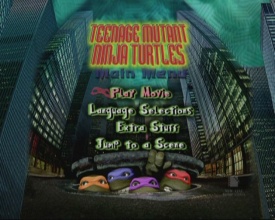 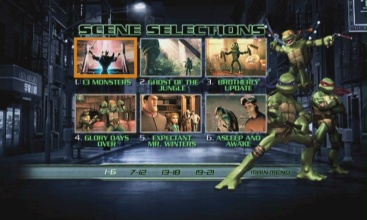 Seen above, the plain-wrap menu designs are also identical to the original releases. These 93, 88, 96 and 87-minute features have been divided into 20 chapters apiece (21 for the fourth movie) and no obvious layer changes were detected during playback. The packaging for this four-disc collection deserves special mention: the discs are housed in a circular metallic wallet-style case with embossed TMNT artwork...along with plenty of extra sleeves for other movies or CDs, oddly enough. The custom case sits inside an oversized display box with a clear slipcover, with room for a few packaging extras on the inside. It looks pretty cool on the shelf...but there's one major drawback to this packaging, aside from its size: the actual DVD sleeves tend to scratch the discs a bit. Bummer.

Bonus Features
It's déjà vu for the extras as well, and the first three films don't get much support. The first includes "The T-Files" (character profiles), a throwaway Sewer Maze Game and the film's Theatrical Trailer. The second and third films only include their respective Theatrical Trailer and "Pick That Flick!", a lame matching game for other New Line releases. Again, it's incredibly frustrating that we couldn't get anything new in the way of bonus features here, either promotional or retrospective.

TMNT is also identical to the stand-alone DVD release and comes equipped with a collection of decent extras. Returning to the fold is a feature-length Audio Commentary with writer/director Kevin Munroe, along with an Alternate Opening (3:02) and Alternate Ending (1:16); the latter two are presented in unfinished format with forced director commentary. While we're at it, we also get four Deleted Scenes in various stages of completion ("Mikey's Birthday Party", "Rooftop Workout", "Still Wanna Fight?" and "Splinter Gets Cake", 14:09 total), an early Fight Test Sequence with Leo and Raph (1:41) and a Storyboard Sequence (2:50), which all include forced commentary. "Donny's Digital Data Files" (1:56) offers a short look at the film's visual effects, an Internet Reel serves as an extended trailer of sorts, and "First Look: Voice Talent" introduces us to the folks behind the microphones.

These bonus features are presented in anamorphic widescreen (the first three film's trailers) and a mixture of 1.33:1 and letterboxed widescreen (the TMNT extras). Also tucked inside this oversized box are a few packaging goodies, including a sheet of turtle-themed Temporary Tattoos and four familiar-looking Bandana Masks. Unless you've got an extremely small head and/or don't care how you look in public, it's safe to say these are aimed squarely at the younger crowd.

There's no doubt that these four TMNT films represent a mixed bag of action, comedy, cheese and CGI---and they certainly achieve varied levels of success, in more ways than one. This 25th Anniversary Collector's Set may look cool on the shelf, but caveat emptor: it's just the same ol' DVDs in a new package, so those expecting a definitive set will want to steer clear. Speaking of which, it's difficult to imagine who this release will actually appeal to: those who already own their favorites certainly won't bite, and new fans can still pick up the stand-alone releases for pennies on the dollar. All that's left are rabid TMNT collectors---so unless you're a complete packaging junkie, you're better off leaving this one on the shelf (or opting for the Blu-Ray boxed set, which will at least offer a modest A/V improvement). In the meantime, Skip It and wait for a real upgrade.

DVD Talk Review Link: Other TMNT Reviews
Randy Miller III is an affable office monkey based in Harrisburg, PA. He also does freelance graphic design projects and works in a local gallery. When he's not doing that, he enjoys slacking off, second-guessing himself and writing things in third person.