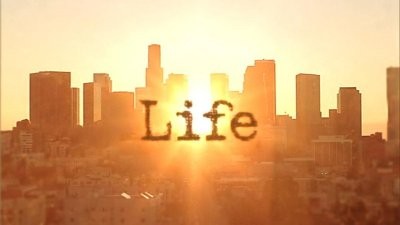 Life is a police drama about Los Angeles Police Department (LAPD) detective Charlie Crews, who was wrongfully convicted of murder, and returned to the police force after serving twelve years in jail. For more information about the show, please refer to DVD Talk's review of season one. In season two, Life is turned up a notch and gets pretty exciting with a fun mix of cases and Crews-conspiracy story arc. Unfortunately, it is also the final episodes as the show canceled. I really started to like the show in season two.

Like many television series in their second season, Life underwent some cast changes. Donal Logue joins the cast as Captain Kevin Tidwell. He is a gruff, thrice divorced captain. Tidwell makes for a decent character. He never is as strong as Crews or Reese and at times feels slightly out of place (but that might just be from watching too much Grounded For Life). There are also some minor changes for Crews, as he gets a couple different partners on a temporary basis when Reese goes to the FBI for special assignment.

As previously mentioned, one of the biggest changes to season two from season one is the increased focus on the Crew-conspiracy. Throughout season two, Charlie uncovers the details surrounding the why's of his false imprisonment. Early in the season, he reconnects with the sole survivor of the family he was said to have murdered. He also meets the true killer. As he proceeds with his investigation, he steps on some wrong toes. His off the books investigation takes him to Jack Reese, Mickey Rayborn, Roman Nevikov, and sparks the interest of the FBI. The story arc produces interesting tidbits that string you along, wanting to know what little piece Crews will uncover next.

The season two content consists of several strong episodes. "Find Your Happy Place" is the season's first episode. Crews and Reese arrive at a bizarre crime scene. A woman is in a box with the number one. Shortly after, another box with a dead woman is discovered across town. The detectives quickly find themselves chasing after a serial killer, who has strategically placed dead woman throughout the city. Each placement is a clue to the killer. The way the case unfolds gives the episode an exciting edge. Also, the introduction of Tidwell makes for a good dynamic. While Logue is not my favorite for a cop role, he is a lot better than his predecessor. 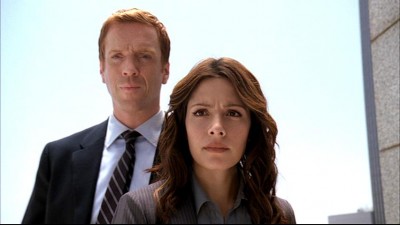 "Not For Nothing" is another interesting episode. Crews and Reese investigate a homicide on a college campus. A college professor has a group of students role play as guards and prisoners in a fake jail. The purpose is to study the human behavior as a result of being put in domineering and dominated roles. Unfortunately, one of the students is murdered and almost everyone has motive. "Trapdoor" is a really good episode. It was the midseason cliffhanger. The detectives investigate Roman Nevikov (again) after three Russians are found killed. The situation gets pretty dicey, as Roman is a hard guy to get. He also uses his influence to get Ted back behind bars. The episode uncovers some key details for the Crews-conspiracy, as well as ends on an intense note.

The remainder of the season has exciting episodes such as "Black Friday", during the busiest shopping day of the year, the body is lost, "Badge Bunny", a school teacher is found murdered and the investigation leads to a group of cop groupies, "Mirror Ball", the lead singer of a heavy metal cover band is killed, "Hit Me Baby", an odd killing leads Crews and Stark on the trail of an unconventional killer, "3 Women", Gabrielle Union guest stars as Crews' temporary partner, and more.

Overall, Life's second season was exciting and entertaining. I appreciated how the show flowed, as well as the increased character development over the first season. It is unfortunate that the show was not renewed for a third season. Nevertheless, season two still offers some great episodes, which include solid case investigations, an in-depth look at the Crews-conspiracy, new character dynamics with a new captain and temporary partner shuffles with Crews, Stark, and Seever (Gabrielle Union) while Reese goes on a special assignment. In the end, Life's second season is solid television. 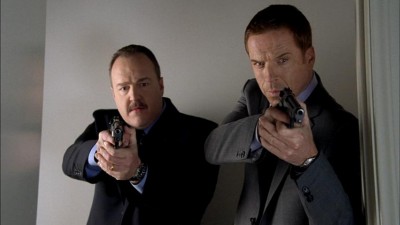 1. Find Your Happy Place: Crews and Reese race the clock to stop a serial killer who's locking people in boxes and leaving them to die all over L.A.
2. Everything...All the Time: Crews and Reese discover that rich kids, steroids, and murder are a bad mix.
3. The Business of Miracles: Charlie and Reese work a case so cold it's frozen.
4. Not for Nothing: Crews must battle his own psychological prison when he and Reese take on a case where worst nightmares become reality.
5. Crushed: Crews and Reese investigate a case where an online infatuation turns into a deadly crush.
6. Did You Feel That?: A killer that Charlie put in prison leaves a trail of destruction much worse than the earthquake that sets him free.
7. Jackpot: Crews and Reese investigate the murder of a multi-million dollar lottery winner whose number was up.
8. Black Friday: Prices aren't the only things falling when Crews and Reese investigate a man's death in a mall the morning of Black Friday.
9. Badge Bunny: When the girlfriend of a cop is murdered, Crews and Reese must play a literal game of good cop bad cop to find the killer.
10. Evil... and His Brother Ziggy: Reese and Crews take a trip to an Indian reservation to find out who killed the last sheriff standing.
11. Canyon Flowers: Reese and Crews investigate a murder that mimics a notorious serial killer from 30 years ago.
12. Trapdoor: While investigating a triple execution-style homicide, Reese and Crews go up against an old nemesis, a Russian mob boss who has woven a deadly and wicked web.
13. Re-Entry: After a Space Shuttle pilot is found shot to death after landing his private plane, Crews and Reese must determine if it was suicide or murder.
14. Mirror Ball: When the lead singer of a cover band is found dead on stage, Crews and Reese must go through a string of impersonators to find the real killer.
15. I Heart Mom: A man is found beaten and shot dead with a mouth full of money in a house with no roof.
16. Hit Me Baby: Crews and Stark investigate the murder of a financial advisor with two weaknesses: women and pigeons.
17. Shelf Life: Crews and Stark's search for a soldier's killer leads to a path of political and corporate corruption.
18. 3 Women: Crews and his temporary partner (Gabrielle Union) unravel the murder of a court reporter clubbed with a 3 iron.
19. 5 Quarts: Crews and Seever are under pressure to solve the murder of an assistant coroner; a murder that if left unsolved, could jeopardize all of their closed cases.
20. Initiative 38: A state lawmaker trying to ban handguns is shot to death.
21. One: With Reese missing, Crews digs deep and discovers a shocking trail of conspiracy. 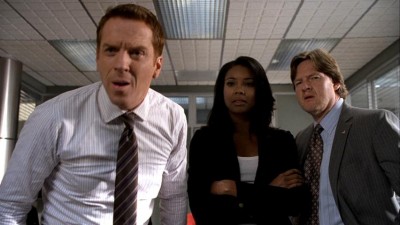 
Video:
The video is given in widescreen color with an aspect ratio of 1.78:1. The quality is good and offers a fairly sharp and clean picture. There is a grain and minor compression artifacts. There are also some hints of edge enhancement, but there is nothing that should interfere with your viewing experience.

Audio:
The audio track in this release is in English 5.1 Dolby digital surround. In general, the sound quality is good and it provides an audible and clean track. The dialogue is usually a little flat while music and sound effects come off rich and vibrant. Additionally the 5.1 track is dynamic and makes good use of the surround sound capability. The DVD includes English subtitles.

Final Thoughts:
Life is a television crime drama about a police officer who was framed for murder. After spending twelve years in prison, he is free, rich, and back on the force. Season one focused on his re-integration as a police officer with an odd perspective, as well as slowly uncovering who was behind his false imprisonment. In season two, the show has a much better direction and investigates the conspiracy story arc and includes several all around solid episodes. The season is an improvement over the first season. Unfortunately, the host television network did not renew the show for a third season. In any case, season two is highly recommended.