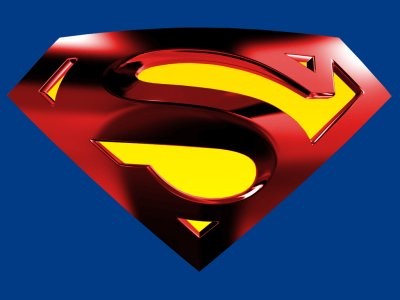 For DVD Talk, I have had several opportunities to write about Bruce Timm and company's take on the world of DC Comics superheroes. Timm's work simultaneously celebrates, enlivens, and retroactively contributes to the Golden and Silver Ages of Comic Books. It's hard work making such highly canonical, well-known characters feel new and exciting again, but Timm's animated television series and features consistently do just that. While Batman: The Animated Series is broadly considered the crown jewel of Timm's productions, Superman: The Animated Series holds its own. Injected with a Fleischer-like sense of invention and action, the show takes on the best-loved superhero of all time and provides a string of robust, involving adventures. Although the series lasted for only 54 episodes over three seasons, there is a lot of excellent, memorable stuff here.

Superman: The Animated Series starts out with a three-part reworking of Superman's origin story called "The Last Son of Krypton." The basics are the same - Krypton is on the verge of destruction, and Jor-El's warnings are ignored by the planet's rulers. Jor-El and Lara send their baby son to Earth on a specially-built rocket, just before the planet explodes. Things play out as pretty much as expected - which isn't to say that it's not a nice redressing of a familiar, oft-told story. However, what is especially unique to this version is the re-design of Krypton; it's a mostly red and purple place that is ultimately destroyed by geysers of what looks like liquid kryptonite shooting from its core.

As the series progresses, the pace picks up. Several of the one-off episodes comprise parts of larger story arcs - particularly the one involving Brainiac, the supercomputer supervillain we first see in "The Last Son of Krypton" (in which it refuses to help prevent the planet's destruction), and which returns in several forms throughout the series. In other instances, stories are spread over two or three contiguous episodes, presaging the format of Justice League, which worked exclusively in this more expansive way. The two-part finale, "Legacy," brings Superman into the ultimate conflict with Darkseid, and ends the series on a note of high stakes and strong drama.

The writing and direction is excellent; the show is unpredictable, often gripping, almost always entertaining. The writing by Timm's usual stable of talent keeps things moving along at an energetic clip, with humor playing a relatively subtle, non-cheesy role. Superman is a do-gooder, and that has always hampered the character's ability to take on any truly self-generated inner conflict (Superman was definitely not meant to be a tragic hero; his "fatal flaw" is not a product of his personality). Still, the writers were able to generate an interesting catalog of villains and mayhem for the Man of Steel sufficient to maintain the average viewer's interest; dedicated fans of the character who are new to the series will no doubt be even more satisfied with the storytelling.

Where Superman: The Animated Series does not measure up to Timm's other work is in the design and animation. Generally, the show is visually flatter than Batman: The Animated Series or Justice League. Backgrounds are slapdash and character design is inconsistent - in fact, several different looks and character styles are often combined within the same episode. These vary from a look that resembles Golden Age comics, to character styles clearly based on an anime model. This can be distracting; the show's storytelling is solid, so it's a shame the visual sloppiness undercuts the work of the writers and voice actors.

Like Warner Brothers' recent release of Justice League: The Complete Series, this, too, is simply a repackaging of existing material, with a very minimal bonus disc that contains a single new seventeen-minute featurette about Darkseid. Although the packaging is different, collecting the seven discs efficiently in one large keepcase, it doesn't include a nice tin slipcase like the Justice League set did (this one comes with a glossy card slipcover). Even worse, the discs are in the exact same format as the previous releases - each season features one single-sided disc with art on the front, and one flipper containing the bulk of the episodes. This is a real disappointment, and will prevent those who already own the series from purchasing the new collection. The bonus disc is practically a cheat - and the lack of any remastering of the audio or video is like a boot in the head. As with the recent Justice League release, Warner Brothers is having a laugh at the expense of fans who they think can be won over by, as they put it, "Limited-Edition Collector's Packaging." The studio should give their consumers a little more credit.

The Package
As suggested above, a single double-wide clear keepcase houses all seven discs. A small booklet guides the viewer through the contents. A shimmery iridescent slipcase covers the whole.

The Video
The video transfers are the same as the previous individually-released season sets. The full-screen image is bright, but not without dirt and minor damage here and there. Occasional evidence of compression crops up throughout. Colors are even, but the picture has a tendency to be over-sharp at times.

The Audio
The stereo soundtracks are holdovers, too, of course. They are serviceable and clear, but not terribly dynamic. The strong score by Shirley Walker and Lolita Ritmanis (mostly) is appropriately heroic and driving, and is well-reproduced.

Once again, as with Justice League: The Complete Series, we have existing content released in an ostensibly "deluxe" format, but without any special care or attention given to what fans might actually be looking for in a complete series set. Superman: The Animated Series is largely excellent, but those who own the previous season-specific releases have no reason to pick up this one. For those new to the show, this is recommended.