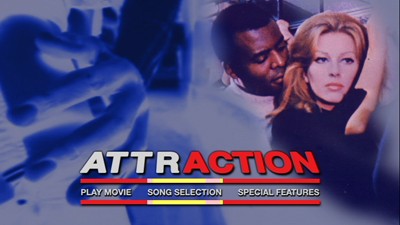 I must admit, I am completely flummoxed by this one. Where do I even begin writing about Italian director Tinto Brass' Attraction? Watching it was a chore, and to give this 1969 film much consideration at all seems like too much effort wasted on the undeserving; yet, I am charged with writing a review. Punished once watching the movie, punished twice having to relive it.

There is nothing as bourgeois as a "plot" in Attraction, so there is not much to summarize. In short, it is a psychedelic pop-art experiment (or "experience," as the DVD cover informs us), one long music video love letter to the most laughable parts of the 1960s. It stars Anita Sanders as Barbara, a married white woman who gets dropped off in a rather safe wilderness by her chauffeur, wanders into the city (presumably London) to stalk a black man (Terry Carter) that alternately stalks her, and then wanders back to her safe little world, having satiated herself in phallic symbols, political nattering, and slumming amongst the common people, some of whom get naked and paint flowers on themselves. No, no, I get it, Tinto Brass was making a movie about freedom and equality--the band in the movie is even called Freedom--but give me a break. You ever notice how in these old polemics, any person of color is automatically made into a fetish object?

There is very little dialogue in Attraction. Most of what we hear are the muddled thoughts of Barbara, who engages in the intellectually smug poetry of the privileged, and music by, yes, Freedom, a splinter group out of Procol Harum. There are about a dozen songs in the movie, and the band appears throughout, chasing Barbara or just popping up wherever she is, like this were a Beatles movie or something. Actually, I wish this were a Beatles movie, as it would have better music and a sense of humor. Or the Monkees even. Because there is nothing we are seeing here that we haven't seen from those two outfits. Or Godard's Sympathy for the Devil, itself a mess of simplistic politics and rock 'n' roll. Sure, Brass' sense of collage is magnificent, and his pretentious anything-goes style is more than a decade ahead of MTV (I grew up on and still love Duran Duran videos, so I'm not above pretentious nonsense). I guess I just prefer him when he's working on something with a script, like Deadly Sweet.

My guess is that Attraction was meant to be daring and provocative, and I don't know, maybe it was forty years ago. I doubt it. It's too chilly, self-important, and hollow. It's not sexy, it's not thought-provoking, it's not even visually dazzling. It's just boring. 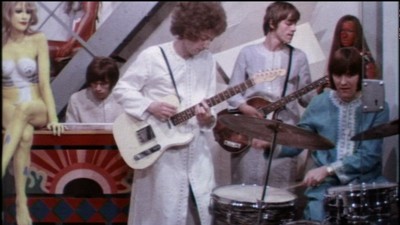 Video:
Attraction has come to DVD at a 1.85:1 aspect ratio. The anamorphic transfer is okay. It has some digital combing, and though the grainy look preserves the old film stock, the colors are underwhelming and there is a lot by way of dirt and scratches. Apparently it was struck from a 16 mm print owned by the producer, but it could have used some scrubbing before the final master was made.

Sound:
The basic audio mix is a little hollow, with some fuzzy tones when the music goes into high gear. The soundtrack is in English, though the scant dialogue was clearly dubbed in later. Don't expect it to sync up; it doesn't.

Extras:
The DVD for Attraction comes with a few extras. One I really liked is that instead of having a "scene selection" menu, the movie's chapters have been broken up according to the songs, and so you can jump to each song as you see fit.

In addition to that, we get a gallery of lobby cards, a trailer for Attraction, and one for Brass's Deadly Sweet.

FINAL THOUGHTS:
Skip It. I really have nothing to recommend about Attraction. I didn't like the music, I didn't think it successfully said what it thought it had to say, and the visual collage did little for me. I didn't even find Anita Sanders all that hot, and she was naked through quite a lot of the movie. Attraction is just another slice of late-1960s self-indulgence that is long past its sell-by date. Go rent Head with the Monkees instead. It's funnier, and it's not so full of itself. 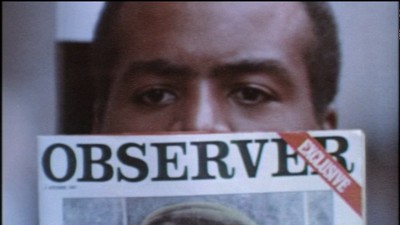