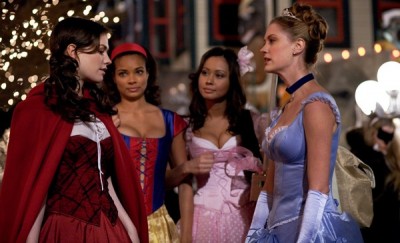 Michael Dougherty's "Trick 'r Treat" is the antidote to all the horror nonsense that rains down this time of year, preying on the macabre appetites of permissive genre fans. Wicked and inventive, this anthology film is the perfect centerpiece to any Halloween celebration, supplying viewers with substantial frights, laughs, and discomfort to help encourage the spooky season. Instead of participating in the yearly nonsense of "Saw," give "Trick 'r Treat" a spin instead. It's one of the best horror films of the year and a perfect addition to the holiday.

In a small Ohio community, Halloween is a colossal event: neighborhoods are fully bejeweled with vivid decorations, the town square plays host to a raucous party, and kids everywhere enjoy the trick-or-treat tradition. The evening also brings out the evil: the local elementary school principal, Steven (Dylan Baker), goes about his suspicious deeds in the dark of night; a group of anxious kids test a local legend that tells the horrible tale of a bus driver who drove into a secluded lake with a class of mentally challenged students chained aboard; a virginal girl (Anna Paquin) heads off to the town party looking for romance while her friends work over the local boys in the woods; and Mr. Kreeg (Brian Cox), a crusty recluse, is left alone to fend off an attack by a particularly nasty costumed devil named Sam. 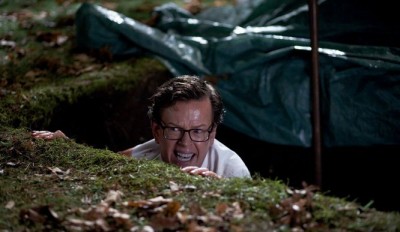 "Trick 'r Treat" takes its inspiration from the world of horror comics, making the picture resemble something of a terrific "Creepshow" sequel (you know, like the one we never received), though Dougherty lays off gratuitous stylistics that might snap the viewer out of the experience. The tone of the film is surprisingly liquid, moving back and forth between laughs and scares with a remarkable ease, considering this is Dougherty's first feature film. It's an evocative depiction of gruesome Halloween horrors, though it never veers into camp or repellent violence. The latter is something of a miracle considering what Principal Steven is up to on this night.

"Treat" is more of a modest battering of the senses, which is nice for a change of pace and maintains a respect for the material, best portioned out cautiously. Diverse stories of Halloween traditions and urban legends, Dougherty connects the plots ingeniously, playing with time and suspicion to routinely pull the film inside out, taking it in fresh directions. Mercifully, the cast is willing and able to embark on some sensitive genre endeavors, and I give Baker all the credit in the world for his ability to make his depraved character arc (the reason the film was shelved for two years by Warner Brothers) both horrifying and oddly genial. "Treat" heads into some dark spaces involving child endangerment, but the tone is more mischievous than nauseating due to Dougherty's commitment to the spooky ambiance of the holiday. With too many feature films consumed with punishment, it's almost quaint to watch "Treat" aim to cheerfully unsettle with a few ghost stories. 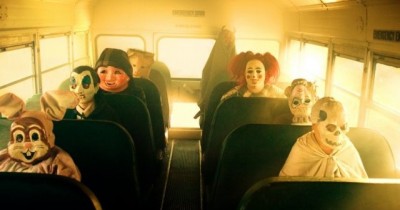 I suppose the enigmatic Sam is the unifying element of the terror tales told here. A diminutive fellow dressed up in a filthy costume, wearing a burlap sack over his bulbous head that should never be removed (trust me), Sam is a potent element of Dougherty's nightmarish imagery that pays off wonderfully. In the final sequence, the goblin creates a welcome "Evil Dead" vibe of relentless torment and lollipop-wielding threat that closes the film on a wily note of candy sack mayhem.

With ample jack-o'-lantern visual touches, werewolves, vampires, the undead, and shocking reminders to always follow essential trick-or-treating rules, Dougherty demonstrates extraordinary enthusiasm for the rich tapestry of Halloween and all of its fiendish promises and customs. "Trick 'r Treat" is an enchanting, impish film that creates a tantalizing mood of horror, in contrast to the popular route, which is to pound banal grotesqueries in the face of the viewer. "Trick 'r Treat" is a delight, working diligently to shape something merrily twisted and ghoulish to pay glorious tribute to the weirdest of the yearly holidays.