Edition Filmmuseum // Unrated // October 23, 2009 // Region 0 // PAL
List Price: €25.95 [Buy now and save at Amazon]
Review by Chris Neilson | posted November 14, 2009 | E-mail the Author
For anyone that's seen a truncated version of Georg Wilhelm Pabst's The Joyless Street (Die freudlose Gasse, 1925) on TV or from one of the home video labels that trawl the public domain for films by the bundle, the impressive new 151-minute restoration from Edition Filmmuseum with be a revelation. 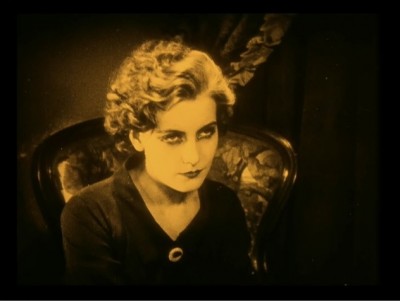 A seminal film in Weimar cinema, The Joyless Street marked the transition from expressionism to the post-expressionism of the "New Objectivity" (Neue Sachlichkeit). Where expressionism sought to make the psychological tangibly manifest, New Objectivity was concerned with realistic portrayals of its characters and their concerns in pseudo-documentary fashion. Based on a controversial novel by outspoken Austrian social critic Hugo Bettauer (later gunned down by a Nazi thug), The Joyless Street focuses on the inhabitants and patrons on one street in Vienna during the period of hyperinflation following Austria's defeat in World War I.

The street in question, Melchiorgasse, is a microcosm for the city's social stratification - it's the site for businesses catering to the wealthy including a nightclub and hotel, apartments for the middle-class, tenements for the poor, and a price-regulated butcher's shop servicing those too poor to get their meat in the restaurants or on the black market. Behind a thin-veneer of normalcy everything is rotten: the nightclub is a front for prostitution, the hotel a rendezvous for adulterers, the apartments house the quiet desperation of ruined families, the tenements house families that will suffer any humiliation to forestall starvation, and the butcher is a degenerate who preys on the vulnerable.

The Joyless Street also marks another transition, that of leading ladies, from silent-screen grande dame Asta Nielsen to startlet Greta Garbo in her first major role. Though the then 43-year-old Asta Nielsen was still a major star in German cinema at the time that The Joyless Street was filmed, casting her as Maria, a poor teenage girl lovesick for a social-climbing cad, was a terrible miscast. Thankfully, far better was the casting of luminous 19-year-old Greta Garbo as Greta, the daughter of a ruined civil servant in danger of selling her innocence cheaply.

Despite its place in cinema history, The Joyless Street is dated in a way that many other classics of silent cinema are not. Whereas the landmark films of German expressionism are timeless, and Pabst's later silent films with Louise Brooks only get better with age, the vitality of The Joyless Street has faded with the passing decades. Not only does the casting of the 43-year-old Asta Nielsen as a teenager seem preposterous now, but much of the acting seems to modern sensibilities merely stilted pantomime. Viewers that can appreciate a film despite flaws attributable to changing cinematic tastes may yet find much to like in The Joyless Street, but those who fail to adjust their expectations accordingly may be sorely disappointed.

When originally screened in 1925, The Joyless Street was just over three hours in length, but it was subsequently censored repeatedly by authorities at home and abroad, slashing its running time down and reordering its scenes in an attempt to remove all suggestion of social decay and vice. Prior to its restoration by the Munich Filmmuseum, begun in 1989 after an exhaustive search of international film archives, most existent versions of The Joyless Street were little more than an hour and a half in duration and were a jumble of mish-mashed scenes bordering on the incoherent. Using five source prints, this restoration brings the film closer to its original length and structure than has been achieved since it originally screened. Though one hopes that additional source materials will be found, this may be as close to G.W. Pabst's original intention as will ever be achieved. 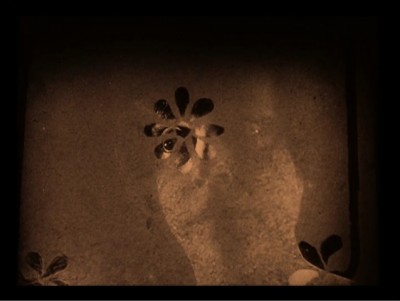 Video & Audio:
The improvement of the image over that available on any prior release of The Joyless Street is remarkable, yet the film still exhibits significant damage. Though most viewers should be satisfied and appreciative of the restoration provided, those expecting something akin to the recent restoration of Pandora's Box will be sorely disappointed.

The reconstructed intertitles are in German with optional English subtitles. Audio options include silent play or stereo score for piano, violin and violoncello by Aljoscha Zimmermann.

Extras:
Edition Filmmuseum releases are generally noted for their ample extras, and this release is no exception with an entire disc devoted to extras. The extras include a 111-minute biographical documentary about G.W. Pabst's career as a director, The Other Eye (Der andere Blick, 1991), featuring interviews with many of his collaborators, a 21-minute documentary about the restoration of The Joyless Street entitled Reviewing Pabst (Pabst wieder sehen, 1997), fourteen minutes of "out- and intakes", a 1978 audio interview with assistant director Mark Sorkin (in German), and more than 700 pages of PDFs (in German) including the original novel and screenplay, photos, posters, correspondence and notes.

Final Thoughts:
Viewers able to appreciate G.W. Pabst's The Joyless Street in its context as a seminal film marking the transition from German expressionism to realism, a prime example of popular film as social criticism, and a foundational film in the careers of Pabst and Greta Garbo should enjoy this restored release tremendously. However, viewers hoping for something akin to Pabst's later films with Louise Brooks, or who are otherwise unable to appreciate the film in its historical context may be disappointed by the occasional odd casting choice or stilted performance.