Johnny Mercer: The Dream's on Me 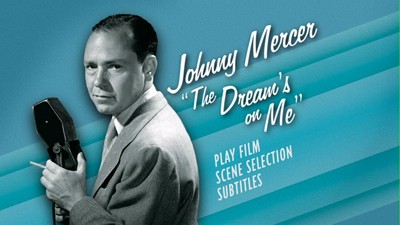 Johnny Mercer is a name not everyone may know, but you can almost guarantee that everyone knows one of his songs. A lyricist whose wit and sentimentality, as well as his eye for talent, defined popular music from the Great Depression through the early 1970s, Mercer has written such classics as "Moon River," "Jeepers, Creepers," "Ac-Cent-Tchu-Ate the Positive," and "One for My Baby (And One More for the Road)." Hell, if you've ever seen Bugs Bunny or Daffy Duck sing "My momma done told me..." then you've heard Johnny Mercer. They are riffing on his song "Blues in the Night," written with Harold Arlen in 1941.

November 18, 2009, marked the centennial of Mercer's birth, and it's on this occasion that executive producer Clint Eastwood, director Bruce Ricker, and Turner Classic Movies put together the celebratory documentary Johnny Mercer "The Dream's on Me", named for another 1941 tune the writer cooked up with Arlen. The movie is part biography, part archive, and part recontextualization, taking Mercer's tunes and putting them in the hands of modern singers like Jamie Cullum and Dr. John to show they are still relevant today.

Ricker builds the film based on the songs, letting them create the map for how he will weave through Mercer's history. He covers all aspects of Mercer's life: early childhood in Georgia, his trek to Hollywood, his love for his wife Ginger and affair with Judy Garland, the many musical collaborators, and an aspect of the story I didn't know, that Johnny Mercer was one of the co-founders of Capitol Records, signing Nat "King" Cole as one of his first artists. Many of Mercer's tunes were written for the movies, and relevant clips of their staging are shown alongside television performances from the 1950s and 1960s featuring Cole, Andy Williams, Lena Horne, Dinah Shore, and many more--most notably, Mercer himself in quite a few of them. There is also a ton of later footage of Mercer appearing on the Merv Griffin talk show and on the BBC talking about his art. He's a dashing raconteur, often rolling straight out of an anecdote and into a song, his pianist jumping right in with him.

Interspersed in this is Eastwood organizing performances in a studio, sitting alongside composer John Williams, listening to stories from Michael Feinstein, or capturing singers like Maude Maggart or even his own daughter. There are also new interviews with Blake Edwards, Andre Previn, Tony Bennett, and Julie Andrews, all of whom either collaborated with Mercer or performed his music in some way.

Overall, Johnny Mercer "The Dream's on Me" is an informative, lively look at the man and his art, a testament to the vitality of the material and an appreciation for the creative mind behind it. I was unaware of Mercer's vast influence, as well as his own accomplished career as a performer. (The film doesn't even touch on his famous recording of "Baby It's Cold Outside," sung with Margaret Whiting in 1949 and released on his then young Capitol label; I am sure I am not the only one who thought Mercer actually wrote the famous track.) For any fan of old movies or of vintage jazz, chances are you have appreciated Mercer's songcraft at some point, and Johnny Mercer "The Dream's on Me" will make you appreciate it even more. 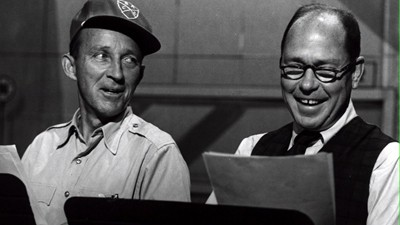 Video:
This new program is presented as a "matted" widescreen image, and it looks very good, newly minted. The resolution is sharp, and the colors vivid, and even the old footage is clearly taken from the best possible sources.

Sound:
The stereo mix sounds very good, with nice work done to give us clear recordings of the music, which is oh so important.

Subtitles for the deaf and hearing impaired are available for those who require them.

Extras:
Johnny Mercer "The Dream's on Me" is a 2-dic set, released in a standard DVD keepcase with a hinged double-tray. DVD 1 is the show, DVD 2 is devoted to bonus features.

Most of the extras are extended sequences and performances from the film proper. The "At the Piano with Clint Eastwood" section has 8 minutes with Clint and John Williams, and 6 minutes with Jamie Cullum, discussing the technique and influence of Mercer. 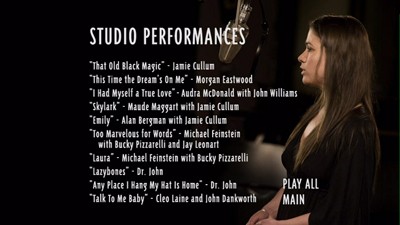 A biographical section features two video slideshows, one of Mercer's family photos and one of his watercolor paintings, both narrated by his niece Nancy Gerard. There is also a biographical essay to read through, written by Glenn T. Eskew.

FINAL THOUGHTS:
Recommended. Johnny Mercer "The Dream's on Me" is a well-constructed documentary about the legendary songwriter. The man behind such hits as "That Old Black Magic" and "Moon River" was an endlessly creative, complex individual, and this celebration of his work puts the music on center stage, combining performances new and old. It's an informative portrait of a truly special talent. 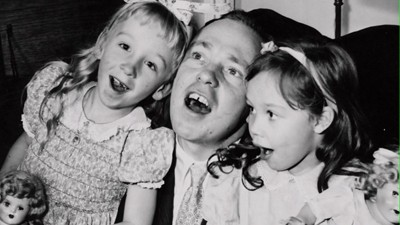