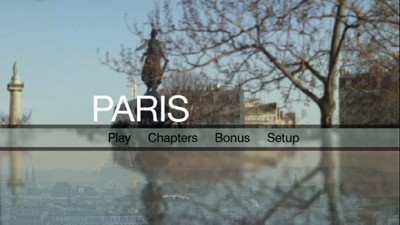 In his 2002 breakthrough L'auberge espagnole, French writer/director Cédric Klapisch focused on the single Spanish apartment of the title and the students from around the world who lived there. In this shared flat, he was creating a microcosm of experience. This was the international stage made small. For his most recent effort, Paris, the title gives it away again. Klapisch is going large. He wants to tell the story of an entire city, of the many people who call it home, how they get through their day and seek love. While I liked Paris more than L'auberge espagnole, I do have to begrudgingly admit that the scope makes it less affective.

Paris focuses on several mildly interconnected stories, tracking an all-star cast through mostly one neighborhood. There is the attractive college girl (Inglourious Basterds star Mélanie Laurent) stalked by her history professor (Fabrice Luchini, The Girl From Monaco), who in turn is sharing some bonding time with his younger brother (François Cluzet, Tell No One). Unbeknownst to Laurent, she is also the object of affection for a young dancer, Pierre (Romain Duris, a Klapisch regular, including his excellent Russian Dolls), who has recently been told if he doesn't get a heart transplant, he will die. His sister, played by the remarkable and lovely Juliette Binoche (Flight of the Red Balloon), moves her three kids into his apartment to take care of him. The older woman, Elise, also has a flirtation with a fruit seller (Albert Dupontel, Irréversible), who has his own stories with his pals from the market. Then there are the immigrants from Cameroon, one of whom both takes out the trash in Pierre's apartment and goes to see Elise to help with their immigration problems. We follow that man's brother (Kingsley Kum Abang) on his trek across the continent, but to what end, I am not sure. We even see him flirt with a young model who then ends up trying to sleep with the fruit seller.

Such tenuous connections between disparate characters has been all the rage for the last couple of years, and to Klapisch's credit, his romantic tale doesn't push the all-are-one theme to the point of annoyance the way a movie like Babel or The Air I Breathe has. Though there are maybe a few coincidences too many, including a final car ride where everyone happens to be on Pierre's route, it's not really crucial that all of these paths must cross. Then again, the flipside of that is that we're left wondering just what's it all for. These characters all seem to be circling something, but Klapisch never figures out what it is. Even at 129 minutes, he doesn't get enough room to deal with it. Most of these tales add up to little more than vignettes.

The cast is all good, at least. Mélanie Laurent is a more subdued, modern character here than in Basterds, and I really do want to see more from her. François Cluzet is always very good. He looks like a French Dustin Hoffman, and though Klapisch tries to bury him in an over-rendered dream sequence, he comes out mostly unscathed. As his brother, Fabrice Luchini is the only actor who strays into comedy. He's written a little too broad, and Luchini's obvious performance pushes the part toward parody. 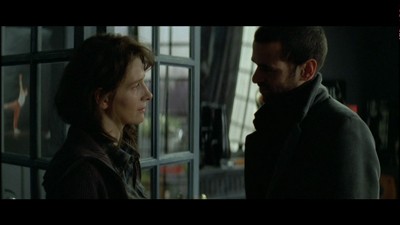 What keeps Paris from being a total wash is that it does have one central story, even if Cédric Klapisch doesn't want to admit it. The material with Pierre and Elise is the real movie, the rest is just padding. Duris is exceptional as the quiet man facing his mortality, and Binoche is given a part as multi-faceted and perceptive as Luchini's is thick with ham. Klapisch shows a genuine interest in what it means to be an older woman making her way in a world where hamstrung by the strength essential for her survival. Elise sees that men are afraid of her ability to get along on her own, and when Jean the fruit seller begins to flirt with her, even when it's clumsy, Klapisch achieves a true sweetness. Maybe it's that both characters have been through tough situations and been touched by a little tragedy that they have come by some soul.

As a portrait of a city, I'm surprised Klapisch has kept Paris so limited. With the girl and Pierre living across the street from each other, and with the open market within walking distance, it doesn't seem like we get very far. It's sort of like a movie that purports to be about New York never leaving the Bronx. I suppose giving Luchini a television show that is supposed to be about the history of Paris is there to make it seem like we're learning a little bit about the chosen metropolis, and it gives cinematographer Christophe Beaucarne an opportunity to photograph some monuments and landscapes, but these really should have been the first sequences to be cut. Likewise the side trips to Cameroon. If Klapisch wanted to show the life of an immigrant in Paris, then show his life in Paris, not his life on the way.

I'd love to see a version of Paris where an editor goes in and removes all the stuff that doesn't directly relate to Pierre and Elise. I doubt that's going to happen, though. Instead, we are left with this overlong movie and dreams of what might have been. Someone needs to dissuade Cédric Klapisch from this notion that he must always go bigger, that everything he creates should have a huge ensemble. Even Robert Altman took a break and dialed it down every once in a while. When it comes to Paris, the director can't see the trees for the forest. He lets his storytelling ambition swallow his only good story whole. 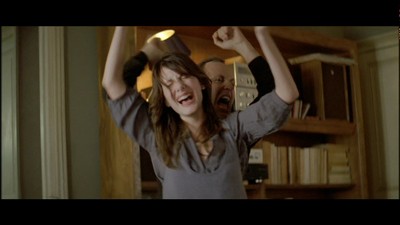 Video:
Paris comes to disc as a 2.35:1 anamorphic transfer. The picture quality is very good, with nice colors and good contrast between dark and light. Resolution is crisp, and everything looks as it should.

Sound:
The original French audio is mixed in 5.1 and sounds really good. There is a lot of nuance to the mix, though nothing too outlandish or that jumps out at you. It's subtle and warm. The English subtitles are very well done, paced so they are easy to read. There are also Spanish subtitles and English Closed Captioning.

Extras:
The only real extra on the DVD is a substantial one, a 50-minute making-of documentary that shows the day to day of shooting, including the challenges of filming in real locations and dealing with the life of the city the crew are trying to capture. This is presented as raw footage, just as it is, no extra commentary.

There is also the film's theatrical trailer.

The box promises a "table read/discussion," but this is clearly the product of some copywriter's overactive imagination. It ain't on the disc.

FINAL THOUGHTS:
Paris is a movie with big ambitions but small in its delivery. Revolving around an ensemble of loosely connected characters looking for love in the titular city, writer/director Cédric Klapisch spends a lot of time drifting through their lives and not enough on what really counts. Though there are fine performances by great French actors like François Cluzet and Mélanie Laurent, Paris really belongs to Romain Duris and Juliette Binoche. As siblings dealing with the brother's fatal heart condition, they bring to life a storyline that has a lot of soul, and for that, you should Rent It. 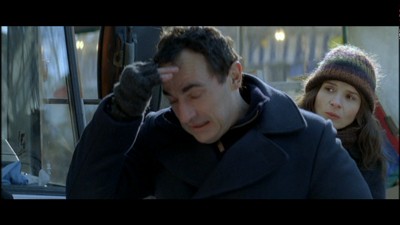