Imaginarium of Doctor Parnassus, The 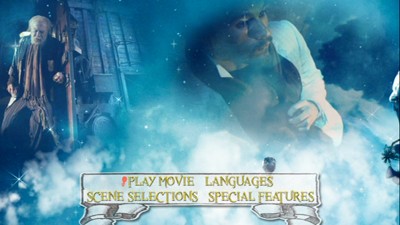 Terry Gilliam has taken his lumps for not being very Terry Gilliam over the last several years. The man with the indomitable laugh just didn't seem to be firing on all creative cylinders. 2005's The Brothers Grimm felt either like a rough draft or, worse, someone else's cynical attempt to be Terry Gilliam, like a studio exec said, "Give me something like that that isn't that." His follow-up, released that same year, was the execrable Tideland. It came from an ugly place, and Gilliam's bitter defense of it didn't help.

By Gilliam's own admission, his latest, The Imaginarium of Dr. Parnassus, is a "compendium," a mash-up of what makes a Terry Gilliam movie a Terry Gilliam movie. It features performers, liars, a fear of mortality personified, a healthy respect for storytelling, and a division between the real world and a fantasy world that requires those in the real world to invest a little belief. It is not exactly a return to form, but it climbs a lot of the way back toward the top. And given the beleaguered production's tragic history, a damn sight better than one could even have expected.

Dr. Parnassus (Christopher Plummer) is the proprietor of a shabby traveling show. He and his troupe--which consists of his daughter Valentina (model Lily Cole), a young actor named Anton (Red Riding 1974's Andrew Garfield), and the Doc's long-suffering right-hand man Percy (Verne Troyer)--perform old-fashioned shows where ticket buyers are ushered through an illusory mirror. On the other side is the Imaginarium, a place where one's inner fantasies blossom. Imagination is a double-edged sword, however, and participants are faced with a choice: the road to enlightenment, which is difficult and long, or easy pleasures, which is at arm's length. Choose the former, and you are claimed by the Devil. Literally. Parnassus and Mr. Nick (Tom Waits) have been locked in battle for centuries, seeing who can claim the most souls. With Parnassus's trade on the wane in the modern world, Nick is winning, and when Valentina turns 16 in only a matter of days, he will take his rival's daughter.

Enter the mysterious Tony (Heath Ledger), a man in a white suit that Anton and Valentina rescue from the bridge where he hung himself. Unable to remember who he is, Tony joins the travelers and helps them make their way while searching for his identity. Brief flashes of the news let us know that Tony is a bad man who is likely running a con on the hapless actors, but it's going to be some time before they find out. In the meantime, he is going to help them work to their goal. He is a charismatic hawker, popular with the ladies, and full of new ideas; he is also distracted by his secrets. 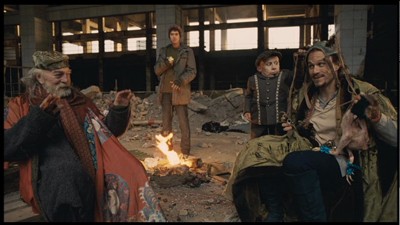 Ledger filmed all the scenes of Tony in the real world before he passed away in 2008. The production was on a break before going to a soundstage to film all the Imaginarium scenes, which are brought to life with a wondrous combination of old-school models and new-school CGI. It looks like the 21st-century version of Gilliam's old Monty Python animation. Rather than lose his movie and Ledger's final performance, Gilliam quickly brainstormed a solution: since Tony is most often in the Imaginarium as part of someone else's fantasy, then it stands to reason that his appearance would change to match their perception of their ideal man; when it's his fantasy, it's the nature of a man of his ilk to have many faces. Thus, in three separate sequences, Tony is played by Jude Law, Johnny Depp, and Colin Farrell. It's an ingenious invention, and one that Gilliam pulls off. The actors who stepped in deserve a lot of credit for somehow making a cohesive performance out of it. Each clearly studied Ledger, and they mimic his posture and mannerisms. They even adopt his sort of annoying mumbly delivery (let's be honest, Ledger overdoes the "I've got something to hide" routine here, and only Farrell gets to unleash Tony in full). The imitations are uncanny.

Given this, it's no surprise that the storytelling waters get a little muddy. But then again, it's a Gilliam problem. The man often rushes his story, so eager is he to get to Point C, Point B is often shoved aside as he jumps off of A. He defends this as being child-like, and sure, there is something to be said for that. There is also a reason that when most children tell stories, their breathless and endless linkings of "and then" grow tiresome. Like most of Gilliam's movies, The Imaginarium of Dr. Parnassus is often overly packed and overly loud. Senses, prepare to be assaulted!

It is often quite inspired, too. This is the Gilliam balance. There are many awesome scenes in Dr. Parnassus--and I mean that in the old-school way, that looking upon them fills me with awe. The world of fantasy that Gilliam creates gives us the best of everything. It is coated in bright candy, but with darkness on the edges. The filmmaker is messing around in the duality of creation. Every demon we exorcise has a pit it had to crawl out of, every joy has a pain. Valentina dreams of escape, but her escape could have a price. One of the more dazzling effects is when she dances with Mr. Nick in a hall of broken mirrors. It's like Lady from Shanghai meets Scent of a Woman.

It's hard to fault a guy like Terry Gilliam. He always starts as he means to go on. He wants to make a movie about how magic is lost in the modern world, and in so doing, give a little of that magic back. Sure, the narrative outline can be a little fractured, and the ending less than satisfying, but The Imaginarium of Dr. Parnassus actually smoothes out on second viewing. At the start of the movie, with the flashback to Parnassus in his monastery, we are told a tale of when the Doctor lead a community of monks who believed they had to tell the story of the world as one unbroken narrative; if no one was talking, existence would collapse. It's the drive of the storyteller wrapped up in one little parable, and anyone who has seen Gilliam at work knows that he believes it. He lives to entertain, and even if he doesn't always succeed, thank goodness he keeps trying. 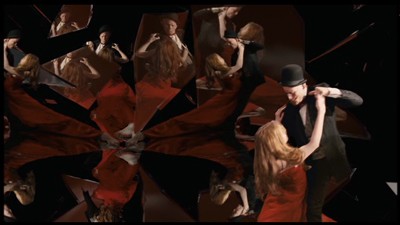 Video:
You know, I am not sure I've ever said this about a recent movie, but I actually think The Imaginarium of Dr. Parnassus looked better on DVD than it did when I saw it in the theatre. The 1.85:1 anamorphic transfer is just about perfect, and the colors and effects in the Imaginarium really come alive when seen digitally. Some of the pieces seemed unfinished or cheap when I saw them on film, but they look like they were made for DVD. Is this like when Dr. Parnassus gave in to Tony and altered his show to meet modern audiences halfway, Terry Gilliam is using current technology to its maximum?

Sound:
The English soundtrack is given a fresh mix in 5.1 and it sounds great. Gilliam movies are loud things with lots going on in the speakers, and the audio team has put all the pieces in the right place.

A Spanish dub is also available in 5.1. Subtitles in Spanish and English, both for the Deaf and Hearing Impaired and otherwise, are available.

Extras:
There are a lot of good extras on this disc, including lots of time with Terry Gilliam. He recorded a video introduction for the movie, as well as a full-length audio commentary. Both are very interesting and full of information, even if the intro is a little redundant next to the commentary.

A deleted scene showing an extended scene from when the little boy gets lost inside the Imaginarium and a two-minute wardrobe test with Heath Ledger both also have audio commentary. The deleted scene is more fascinating for seeing a big special effects sequence that is still not finished and seeing some of the different stages of construction. 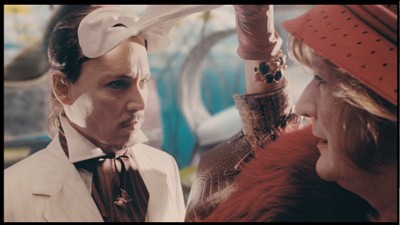 Behind-the-scenes featurettes include a basic concept rundown with interviews in "Behind the Mirror" (3 minutes, 25 seconds) and a more fascinating "Building the Monastery" (7:10). This shows us concept art, storyboards, model building, and the production layers that go into the real model and CGI-hybrid that is the monastery where Parnassus squares off with the Devil. There is also a featurette called "The Art of Dr. Parnassus" (4:30), in which Gilliam shares his concept art for the film.

Besides the wardrobe test, Ledger appears as a disembodied voice in a 3-minute excerpt from an interview he recorded in November 2007, just as he was entering the production and in which he shares something about his special relationship with Gilliam. The audio plays over photos from on set and stills from the film.

Two short programs focus on the film's premieres. "Dr. Parnassus Around the World" (6:00) is a montage of several red carpets and ends with Gilliam addressing a Tokyo audience. "Cast and Crew Presentation on Stage" (8:27) is simply Gilliam bringing out the cast and crew one by one in front of a premiere audience.

Finally, we get the trailer for the film and other trailers for other films.

FINAL THOUGHTS:
The Imaginarium of Dr. Parnassus is not Gilliam's best, but it is quite a bit better than we've been getting from him and bodes well for the next act of his career. A self-described summation of what has come from the man before, Dr. Parnassus has some familiar bits, but with new ways of bringing it to the screen. Featuring the final performance of Heath Ledger, who died with only half his scenes completed, it's an amazing thing that the movie exists at all. Leave it to a creative madman like Gilliam to figure his way out. This movie was unfairly shuffled aside on theatrical release, but it's made for a strong life on DVD. Recommended. 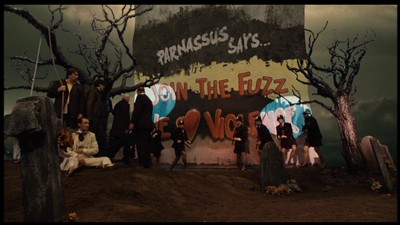