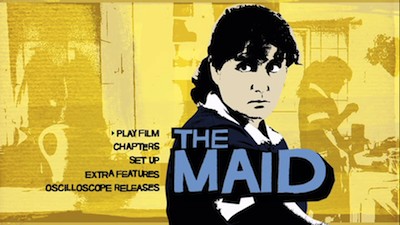 The Chilean film The Maid (La Nana) was a surprise hit on the festival circuit last year and a Golden Globe nominee for Best Foreign Language Film. Written and directed by Sebastian Silva, it stars Catalina Saavedra as Raquel, a live-in maid who has worked for the same family for the past two decades. Having moved in when she was 21, a year before her employers had their first child, she has given up her whole life to serve her adopted clan. There are four children now, plus the mother Pilar (Claudia Celedon) and the fussy professor father (Alejandro Goic). Everything Raquel does revolves around her household.

"Revolves around" is kind of a key phrase, as it's clear from the start she's not really a part of the family proper. The "help" eats dinner separately, sleeps in a small room tucked away in the back, and she is always dressed in a drab uniform. Even in photos, she hovers around the edges, never equal, always separate. The Maid is a subtle satire about the divisions of class, and Raquel is a surprisingly intriguing character. Having forsaken her own people and, really, her own experiences for her job, Raquel has never truly lived. This secondary family is all she has.

Which is why she fights for them, though in ways that often make her seem crazy. As she enters middle age, things aren't going so well for Raquel. She's always at odds with the eldest daughter Camila (Andrea García-Huidobro), and she's getting too old to cover the whole house herself. Pilar keeps hiring other housekeepers to help her, but Raquel hazes them until they run off. The stress is weighing on her health. Raquel is suffering from headaches, and a mid-movie collapse makes it impossible for her to fend off a second maid any longer. Luckily, this new hire, Lucy (Mariana Loyola), will end up offering Raquel a friendship that will remind her of everything she is missing.

Silva pulls his film together with a slender thread. The Maid's narrative is as delicate as the model ship the professor is building in the movie. Each piece is exactly where it needs to be, and at any point, there is a risk that the film could either go too far over the top or withhold too much. The movie's most outrageous scenes come when Raquel tortures the other maids. She locks them out of the house, disinfects the sinks and the tub after they clean themselves, and pulls other acts of sabotage. The saddest scenes are when Raquel alienates one of the children or when we see that she longs to be treated with greater dignity. It's not that the family is mean, it's just they are so comfortable with her servitude, they consider very little about her. Catalina Saavedra is wonderful as Raquel. Her sour face brings heartbreak to even the happiest scenarios. Seeing her try on Pilar's sweater and looking at herself in the mirror brings out all the sadness and longing without her having to say a word. It's all in the look she gives herself in the glass.

This light touch may also be Silva's only failing. For as greatly as I was invested in The Maid, for as many times as I laughed out loud, I am not sure the film says all that much. It stirs up quite a few questions about social inequality and the assumed privileges of the upper class, but Raquel's friendship with Lucy and the changes the character goes through don't feel all that hard-won. In fact, given some of the things that happen to Raquel and experiences she is too scared to try at her age, I wasn't totally convinced by The Maid's final scenes. Has Raquel only been invigorated in order to stay exactly where she is?

Still, you'll be surprised by what a small complaint that is for an otherwise excellent film. Sebastian Silva has a naturalistic storytelling style that is so inviting, it'd be hard to resist going along even if the performances weren't so great. (In addition to Saavedra, Mariana Loyola really stands out as the fun and loving Lucy.) Perhaps I'm asking too much by wishing Silva would say more, since the film boils down to being about the way people treat one another and how simple acts of kindness can mean so much--a poignant connection given that the director's ultimate victory is how well he handles those people. The Maid sparkles with an inner life, illuminating what is said in a manner that goes a long way toward making up for what isn't. 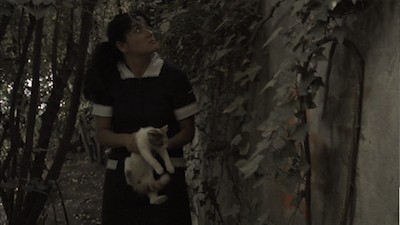 Video:
The mighty Oscilloscope Laboratories do their usual fine job in bringing The Maid to DVD. The 1.78:1 anamorphic transfer is spotless. The resolution is strong and the natural colors look fantastic.

Sound:
The original Spanish soundtrack is mixed in 5.1 and stereo. The audio has some subtle effects that use all the speakers in the more open scenes, but since most of the film is just dialogue, the sound generally sits firmly in the center.

The optional English subtitles seemed a little small at first, but I quickly got used to them. They moved at a steady pace but never so fast that I couldn't keep up.

Extras:
The packaging for The Maid is a multi-fold cardboard/paper case inside an outer slipcover--the usual for Oscilloscope who design some of the best DVD boxes on the market.

On-disc extras include a behind the scenes featurette consisting of six different clips (mainly cast interviews), a look at the storyboards for the film (cutting back and forth from the director's notebook to the corresponding clips), and a gallery of photos taken by Sebastian Silva.

There is also a collection of four trailers, including The Maid.

FINAL THOUGHTS:
Recommended. The Maid is a subtle black comedy that balances the oh-so-discreet charm of the bourgeoisie against the struggles of their household help. The main character is played in a spectacular, understated fashion by actress Catalina Saavedra, whose sour expression and probing eyes provide the viewer the full commentary on the comic horror that is unfolding. Told in a realistic fashion, The Maid has some good laughs and a lot of heart. It's a little slight in its finish, but ultimately a movie folks really need to see. 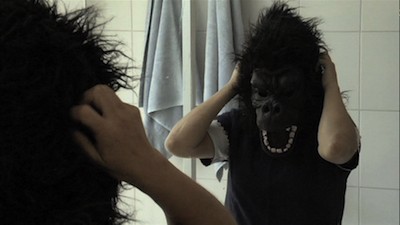