Cry of the Owl, The 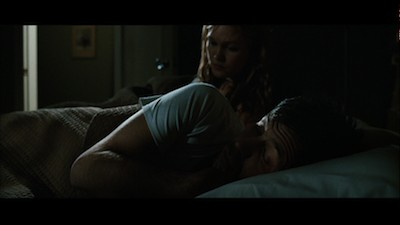 Robert Forrester is having a pretty bad time of it. The guy is in the middle of a divorce from his manipulative wife, and he's only recently gotten off of medication for depression. To combat all these pressures, Robert (played by Paddy Considine from Red Riding 1980) has moved out of the city and has taken a job at an aeronautics company in rural New York. On lonely nights he likes to go hang outside the home of a pretty blonde girl (Julia Stiles, the Bourne movies) and watch her do her evening activities. He's not a creep, per se, he just likes watching her be happy.

One night the girl catches him. Robert explains himself, and she takes pity. Her name is Jenny, and she invites him inside. He's pretty embarrassed, and he excuses himself after she tells him a weird story about a man she met as a child whom she was convinced was Death. A few days later, Jenny shows up at Robert's work and asks him to dinner. She just broke up with her boyfriend, Greg (James Gilbert), and she thinks her and Robert can be friends. As it turns out, even though Robert thought he was the nutter, Jenny is crazier than he is. Now he's being stalked, and the girl has brought along her crazy ex just to make things interesting. After a late-night brawl in the woods, Greg disappears, and Robert becomes the #1 suspect.

This is the plot of The Cry of the Owl, a new thriller by writer/director Jamie Thraves. It's based on a novel by Patricia Highsmith, the creator of Tom Ripley and author of Strangers on a Train. Highsmith is a master of double-crosses, stolen identities, obsession, and everything else that makes a good, twisty pulp plot. Jenny in Cry of the Owl has the same oogey manner as the blank slate Ripley in The Talented Mr. Ripley. There's a bald-faced honesty to how she conducts herself, but yet you always wonder if it's really all that true.

Julia Stiles is a good choice to play Jenny, as the actress has always had a kind of alluring blankness. She's one of those performers that is really easy to watch and she's definitely likable onscreen, but it's hard to ever say if she's actually any good or not. For instance, contrast her with Caroline Dhavernas (Wonderfalls), who plays Robert's wife Nickie. Dhavernas gives a showy but perfectly believable performance as the infuriating sexual con artist. You watch her and you're very aware that she's acting; yet, you are also more likely to remember her as being good in the role while barely recalling that Julia Stiles was in the movie at all.

In the middle is Paddy Considine as Robert. He is excellent as the frustrated wronged man who is in over his head. The actor portrays his character as a bundle of repressed nerves, a guy who is always a little out of step with the rest of the crowd. In the first couple of interactions we see Robert have with others, he makes anxious jokes that fall short of the mark. He knows he's funny, he just doesn't know how to make others see it. He's the kind of off-kilter protagonist that we should want to see wriggle out of his predicament, a guy Hitchcock would have loved torturing.

Too bad Jamie Thraves is no Hitchcock. Granted, that's a high bar to hit, I wouldn't expect him to have to scale such heights, but Cry of the Owl is barely sub-Hitch. The directing style is solid, with nicely rendered sets and the occasional impressive shot--Thraves and cinematographer Luc Montpellier are especially good at using the camera to probe a location--but Cry of the Owl lacks any real tension. Scenes of peril don't feel very perilous, and the threat of crazy Jenny diminishes the deeper we get into the script. Structurally, the film blows what should be its big reveal via a side scene that takes us away from Robert as we turn the corner into the final act, and the end of the movie doesn't really have a climax as a result. In terms of the narrative heartline, there are occasional spikes, but otherwise, Cry of the Owl slinks along at an all-too-steady beat.

The Cry of the Owl feels like a real missed opportunity. There's a lot of story here, and a lot of places these talented folks could have taken it. The piece starts out with the right mood, but by the end, mood is all it seems to have. Just like Jenny, the sad girl who desperately wants to be liked but who doesn't know how to do anything but frown. You'll probably be fine with it while it's on, but it will pass out of your mind the moment it's over. 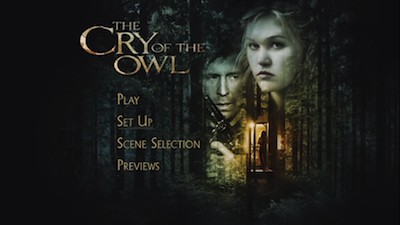 Video:
The Cry of the Owl comes to disc by way of an anamorphic widescreen transfer. It looks good, with nice, dark shadows that service the chilly atmosphere. A few scenes looked a little grainy, but overall, the picture quality is about as strong as one should expect for a recent movie.

Sound:
The 5.1 audio track is solid, though unremarkable. For a film that should have a lot of things going bump in the night, there isn't really much of that at all. Nothing to make you jump or think someone is sneaking around the back door.

Extras:
None, except for trailers that play as the DVD loads and that can also be replayed from the main menu (though as one group, not individually).

FINAL THOUGHTS:
The Cry of the Owl is a Patricia Highsmith-adaptation that never finds the inherent tension in its twisted plot. It stars Paddy Considine as a lonely man who attracts the attention of a disturbed romantic, played by Julia Stiles. The oddball love affair turns into a possible murder mystery with Considine cast as the accused. It's a stew made up of good ingredients, but one that is never brought to boil. The end result is a lukewarm concoction where the flavors never blend. Rent It. 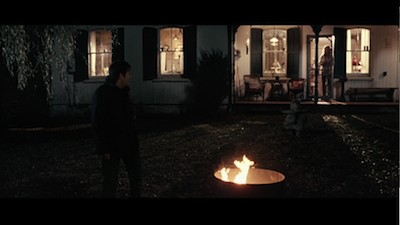