The mere appearance of the name, Nostradamus, in any form of media attracts an audience of believers and the curious. I count myself among the curious. I'm a skeptic at heart and personally find Nostradamus' prophecies to be vague, unproveable, and wide open to interpretation. Still, I watch Nostradamus shows just hoping for that one nugget of information that will "wow" me. Were there any "wow" moments in Nostradamus Files? Actually yes there were, but not at his prophetic visionary prowess; I was wowed by the man's life achievements.

The Nostradamus Files DVD set contains three 1½ hour documentaries. The first documentary is entitled Lost Book of Nostradamus. This documentary explores a series of prophetic drawings that were attributed to Nostradamus. The collection contains 80 watercolor paintings that are highly derivative of tarot card images. Most of the paintings focus on popes and the documentary spends a great deal of time trying to decipher the meaning contained within these images. 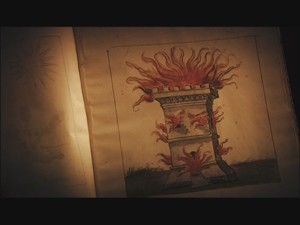 The Lost Book of Nostradamus is easily the weakest documentary of the bunch. It is completely unfocused, bouncing wildly between topics. This is purely an editing issue because there is plenty of content available to divide the show into clear subtopics. If each topic was handled at once, this documentary would have been easier to follow and much better overall. Instead there are multiple threads interwoven randomly throughout the documentary. These threads include Nostradamus' original prophecies, Lost Book imagery interpretation, modern forensics examination of the Lost Book, and Nostradamus' life history. In the director's attempt to set up an unraveling mystery surrounding the authenticity of the Lost Book, the main points of the documentary become obscured in a hodgepodge of quick cutting nonsense.

Around the one-hour-20-minute mark, a team of forensics experts reveals that none of the handwriting in the Lost Book matches Nostradamus'. In fact, the ink used on some of the pages was not even from his time period and the book's postscript is dated 1629--over 60 years following Nostradamus' death. The only evidence that Nostradamus authored this book is the appearance of his name on one of the pages and a library covering note attributing the images to Nostradamus. In addition, the documentary mentions that the art in the Lost Book was drawn by a trained artist. Nostradamus' own artwork, however, was crude and untrained. After presenting overwhelming evidence that Nostradamus did not author this book, the documentary speculates--without a single shred of evidence--that the book was copied from an original Nostradamus manuscript. The link between Nostradamus and the Lost Book is tenuous at best, making this already mediocre documentary a waste of time. 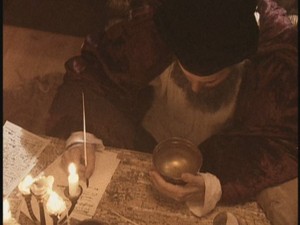 500 Years Later is a levelheaded survey of the life of Nostradamus. In fact, it's a fascinating study of man who was the equivalent of a bestselling author in today's world. Did you know that Nostradamus also penned a popular book that gave Renaissance women recipes for cosmetics such as perfume, hair dye, and toothpaste? Neither did I. The documentary covers all of Nostradamus' popular prophecies and attempts to link them to historical events. It also gives equal weight to skeptics who aptly dispel the myth of his prophetic accuracy. Even more interestingly, the documentary presents the life story of a truly incredible man. Nostradamus only began writing prophecies and almanacs when he was in his 40's. Before he became a prophet extraordinaire, Nostradamus was one of few plague doctors who would go into infected cities to treat patients. The reenactments, the on-location videos of his hometown, and the variety of interviewees are all excellent. This documentary alone makes the set worth watching.

The third and final documentary is Nostradamus 2012, which explores how Nostradamus' prophecies tie into other 2012 prophecies. This documentary stays on point and repeatedly emphasizes the so-called galactic alignment--that is, when the Sun crosses the center of the galaxy in the Earth's sky in 2012. This astrological event occurs every 26,000 years and is said to herald radical changes on our planet. This documentary's analysis relies on Lost Book imagery, which is rather weak considering that the first documentary in this set proved was not penned by Nostradamus at all. Despite that misstep, I give this show full credit for focusing on future predictions and giving a specific date--December 21, 2012. 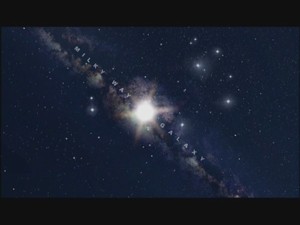 One of the greatest criticisms of Nostradamus' prophecies is that his enthusiasts wait until after a terrible tragedy occurs and then try to shoehorn those events into a vague passage that could mean any number of things. If Nostradamus was so accurate, why aren't we told what's going to happen before tragedy strikes? If Nostradamus predicted 9/11, why didn't somebody point to one of his quatrains as a warning beforehand?

Nostradamus 2012 should be commended for doing that--to an extent. The documentary also covers other 2012 predictions supposedly given by the Mayans, Hopi, and Free Masons. It shows what kind of events we can expect to go down if various Nostradamus experts are accurate in their interpretations of his quatrains. The show speculates that some quatrains may point to the eruption of super-volcanoes, such as Yellowstone, the weakening of the Earth's magnetic field, in addition to pole reversal, climate change, and economic collapse. Unfortunately, at the end of the show, the experts back away from the exact date of December 21, 2012 and state that in the future we'll look back on that date as a turning point. And to think, we almost had them nailed down to a specific!

Video: Here is where this set really suffers. If you own any History Channel DVD sets, such as The Universe, you know that some of their widescreen DVD's are nonanamorphic. For those of us with fancy, widescreen TV's, that means we get those beloved black bars on all sides of the picture. Thankfully, at least Nostradamus: 500 Years Later is in full-screen 1.33:1 format. The overall video across the three documentaries is average and there are slight compression artifacts throughout.

Extras: The extras included are sets of additional scenes for both Lost Book of Nostradamus and Nostradamus 2012.

Final Thoughts: Nostradamus enthusiasts will probably love this set. Skeptics, however, will find absolutely no evidence to transform them into believers. The Lost Book of Nostradamus documentary is choppy and difficult to follow. The evidence linking the Lost Book to Nostradamus is incredibly weak--I'd just skip that documentary altogether. However, the other two documentaries, especially Nostradamus: 500 Years Later, are good examinations of Nostradamus' life and speculations about what the future may bring according to his writings. I, for one, can't wait until December 22, 2012. We should all get together and throw an awesome party if we somehow manage to survive the 21st! As for this set, Rent It.