Who is Harry Nilsson (And Why Is Everybody Talkin' About Him)? 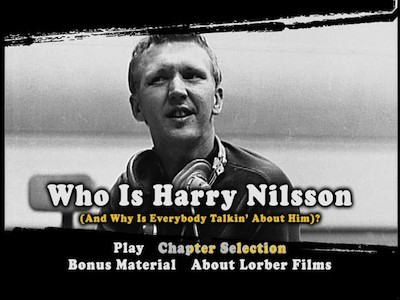 As a documentary filmmaker, John Scheinfeld must have been over the moon when an interview with the Smothers Bros. gave him the perfect soundbite to lay out the thesis of his film on singer/songwriter Harry Nilsson. At the start of the picture, Tom Smothers says that when you mention Nilsson's name, people either respond right away and with great excitement or they've never heard of him at all. Scheinfeld's Who Is Harry Nilsson? tries to answer just that question, though it never quite acknowledges that it can't. Or maybe that's why it has the subtitle (And Why Is Everybody Talkin' About Him), because it does a pretty good job of that part even if it doesn't get to the bottom of the first part.

For those of you shrugging and asking, "But, wait, Jamie, who is Harry Nilsson?", don't worry, I will give you a quick answer (even if the grammatical structure of this sentence confuses even me). Harry Nilsson was a songwriter and performer in the 1960s and '70s who had several big hits, including his own compositions, like "Coconut" (you know, "put the lime in the coconut and drink them both up"), and also covers, most notably Badfinger's "Without You" and especially the theme to Midnight Cowboy, "Everybody's Talkin'." He also wrote "One (Is the Loneliest Number)" for Three Dog Night and "Cuddly Toy" for the Monkees, and he was the brilliant mind behind the cult children's cartoon The Point. Some know him for palling around with the Beatles, including his boozing it up with John Lennon in Los Angeles when John was on his infamous "Lost Weekend." That period is often credited with destroying Harry's voice and derailing his career. His only significant musical work after that (at least as told here) was co-writing the songs for Robert Altman's Popeye. Nilsson passed away in 1994 at his home in Agoura Hills, California. (Side note: I went to elementary school in Agoura, and so typing that just kind of blew my mind. Maybe I knew one of his kids...?) 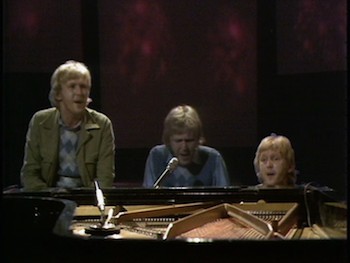 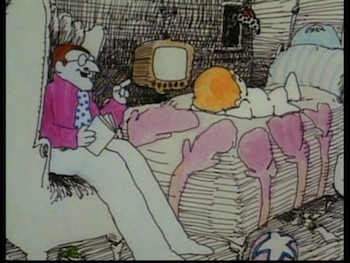 The movie Who Is Harry Nilsson? covers all of that quite well, and the narrative put together by John Scheinfeld, who also directed The U.S. vs. John Lennon, is carried by the music. Scheinfeld is given liberal access to the archives, and so Who Is Harry Nilsson? is rarely without some kind of background accompaniment from the man himself. This is not one of those music documentaries where you will stop watching and still not know what the subject sounded like. Quite the contrary. If you don't watch this movie and immediately turn around and get Nilsson Schmilsson or any of his other albums, I'd be very surprised. Nilsson's tunes are infectious, and his voice keeps this movie alive even when the rest of it is not so interesting.

In terms of creating a background for Nilsson's career, Scheinfeld comes through admirably. We get his early tragic story, some of it related through old tapes of Nilsson spinning his own yarn, and we get lots of great nuggets about how his career got off the ground, how his classic LPs were made, and the bridges he burned along the way. His producers, collaborators, and lawyers all chime in, as do friends and admirers, including Jimmy Webb, Yoko Ono, Brian Wilson, Robin Williams, Micky Dolenz, a couple of the Monty Python guys, Randy Newman, and bunches more. Everybody's got a story to tell about Nilsson, and everyone has their theories and impressions of why he was the way he was. They know he partied hard, and they know he never got over being abandoned by his father, and they can tell you that he seemed determined to tear his every success to shreds.

And yet, even in all that, Harry Nilsson remains an enigma. More than once in the movie someone notes how Nilsson tended to withhold the more emotional parts of himself, to bury his pain and his anger and put on a happy face. Judging from Who Is Harry Nilsson?, he was so good at it, no one really knew what the man inside was like. He was a notorious character, and he played the part of that character to the hilt, but really, who was he? The film only approaches the surface of that question, and for the most part, treats Harry with kid gloves. Particularly in the latter part of his life, when Nilsson found happiness in family life, the coverage comes off as merely cursory. Did he really achieve third-act redemption?

Who Is Harry Nilsson (And Why Is Everybody Talkin' About Him)? also has some aesthetic problems. This is a film that was shot on the cheap, and that shows. The interviews are badly lit, and the editing is clunky. Some clips go on too long, and the timeline is often hard to follow. Few dates are mentioned, and it's difficult to tell if we are staying on course or if sometimes Scheinfeld jumps ahead and then doubles back. The movie simply rambles at times. It's almost as if Scheinfeld and his editor/co-producer Peter S. Lynch II were afraid to really get their hands on this thing and fashion it into a solid journalistic narrative, like to trim it even a little would somehow be an injustice.

That said, I still enjoyed most of Who Is Harry Nilsson?. The performer has always been someone on my periphery, but I've never delved into his work properly. This movie serves as a good start, pointing me on my way for becoming a Nilsson aficionado where it counts: on my stereo. 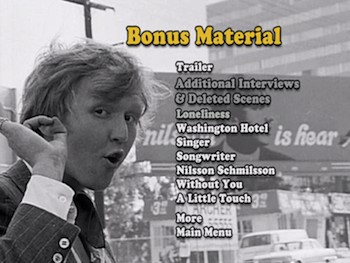 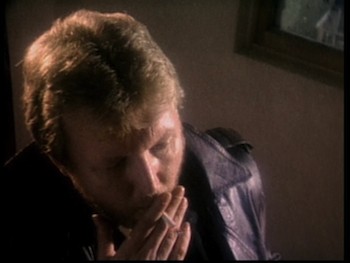 Video:
Who Is Harry Nilsson? comes to disc as a full frame 4:3 presentation. The image quality is a bit on the poor side. As noted in my review, the exclusive interviews were shot cheaply, and the shoddy production values are done no favors by this digital transfer. The overall look of the DVD is very soft, with lots of fuzzy and jagged edges. It's passable, but could have been better.

Sound:
The soundtrack is given a straight-ahead stereo mix that ends up servicing both the talking heads and the music quite well. The conversation goes right down the middle, leaving room for the music to fill in whenever possible.

Extras:
Extras include nearly 90 minutes of deleted scenes and bonus interview footage, so I suppose something was left on the cutting room floor. (My bad!) These are categorized by topic and cover a wide range, including the story of his connection with Monty Python, the first time he heard "Without You," and some final words on how he would have wanted to be remembered. The section does lead with what is billed on the DVD box as a music video for the song "Loneliness," and it is indeed a 1984 video for the song, which was written by Yoko Ono, and it features an explanation of its origins by Ono. Unfortunately, there is no "play all" option for this section, you're going to have to choose each bit one by one.

A theatrical trailer for the documentary is also included.

FINAL THOUGHTS:
Recommended. I prefer the warts in my warts-and-all documentaries to be in the story they tell, not in the filmmaking itself. Alas, the latter is the case in Who Is Harry Nilsson (And Why Is Everybody Talkin' About Him)?, which is plagued by some cheap production and a failure to really get to the heart of its subject. Keeping that in mind, though, Who Is Harry Nilsson? still serves as a fitting introduction to the unique singer/songwriter, and it has enough of his music to make it worthwhile. It may never fully get past the walls Nilsson built around himself, but he'd probably have preferred that the tunes sold his story anyway. 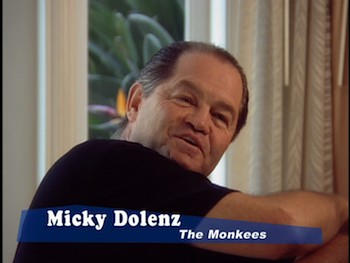 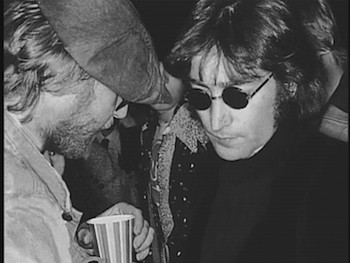