Leonard Cohen - Bird On A Wire 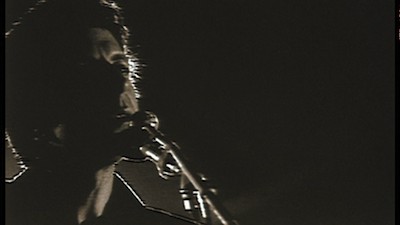 In 1972, dour folk philosopher Leonard Cohen went out on a European tour that began in Dublin and ended in Jerusalem. He had a band that included Jennifer Warnes, Ron Cornelius, and Bob Johnston, and Tony Palmer and his film crew followed them from one venue to the next. The footage was compiled into the 1972 film Bird on the Wire. Reminiscent of D.A. Pennebaker's similar portrait of Bob Dylan, Don't Look Back, the movie showed the ups and downs of touring, giving as much room to the backstage as it did the concert hall. A weary Cohen fends off pretty women, needy journalists, and angry Germans upset by technical difficulties, all while searching for a transcendent experience at the microphone. Bird on the Wire is a peek at an artist stretched at his most thin, the bird barely able to stay atop his precarious perch.

Fittingly, given all the problems that Cohen faced on his trek across the continent, Bird on the Wire apparently showed briefly in theatres before disappearing altogether. Though collectors swapped VHS bootlegs over the years, no legitimate print of the film seemed available. Then, two years ago, a huge cache of original rushes were found, and Palmer took the material and reassembled his original movie. The result of that is now on DVD.

Cohen is one of those artists whose unique presentation and inimitable lyrical style allow him to perpetually find a new audience. His are the kinds of records that, if they are lucky, teenagers find in their parents' collection and wonder when the old fogies were ever so dark and cool as to listen to the gravelly voiced crooner. My parents weren't that cool, and so I came to Cohen as I assume many others in my generation did: via the Allan Moyle movie Pump Up the Volume. Christian Slater's pirate DJ played "Everybody Knows," one of the songs that led to the singer's late-'80s renaissance, and the biting lyrics and morose delivery piqued my interest. I soon procured a "best of" and became hooked. It's still my favorite late-night music, as well as the material I turn to when I'm hungover. 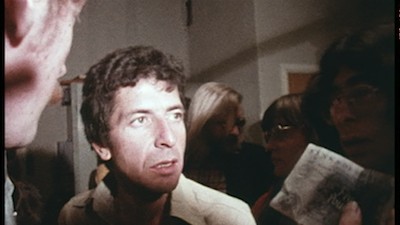 Bird on a Wire captured Cohen when he was arguably at his musical peak, as well as at the end of his tether. Many of the big songs are represented in the film--"Suzanne," "Who By Fire," "Chelsea Hotel," "Sisters of Mercy," "Famous Blue Raincoat," the title track, and many more. There are also the rare and intriguing improvisations, Cohen unleashing on stage to fill in gaps or follow an unstoppable impulse. His is a strange stage presence. He is at once solitary and isolated, and yet also alert to his audience and constantly trying to draw them closer into a shared intimacy. Palmer gives us multiple examples of the troubadour stopping songs to try to hear what an audience member is shouting at him, dangerous moments of genuine interest but also anger that they would dare interrupt what for him is a holy moment. He's funny and seductive, but also brittle and caustic. After the disaster of the German show, when a blown amp shut everything down, Cohen argues with his manager and claims that that he's easy to deal with. Immediately after, we see him in a verbal scuffle with unreasonable concertgoers and refunding their money out of his own pocket. Palmer then shows how Cohen gets less easy to deal with day by day. His cool demeanor disintegrates further with each stop on the road, fatigue and incompetence making each night harder, and leading to an emotional, bittersweet conclusion.

There are many moments in Bird on a Wire when I wanted to reach into the screen and shake Cohen and tell him that he's being crazy, the music sounds great. His manager tries as much, but the guy is a suit and you can tell he's just worried about the box office. The band is incredible. There are songs where Jennifer Warnes and Donna Washburn stand behind Cohen and sing their back-up over his shoulder, sharing his microphone. It's a powerful effect, these voices in unison. Palmer, though, is maybe right to film most of the performances by holding tight on the singer, since Cohen is the center of his own universe. And though, much like the Big Bang, we will never be able to peer all the way back to see how the whole shebang got started, Bird on a Wire is a striking document of one of the more impressive steps in that universe's evolution. A must for any fan of Cohen, music, or documentaries! 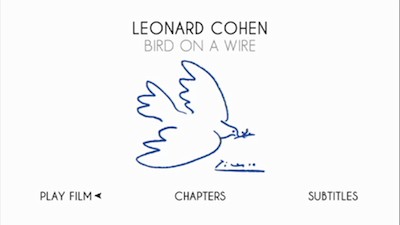 Video:
The 16:9 anamorphic transfer looks fantastic. The film materials were remarkably well preserved, and the DVD image is a tremendous reproduction of the original film stock.

Sound:
The stereo mix for Bird on the Wire is solid. Any fault comes from the live audio, not from the mixing. The songs come through clearly and there is no distortion.

Subtitles are available in English and French.

Extras:
No extras on the DVD, but the disc comes in a really nice tri-fold package. The interior pocket features a booklet of photographs, and a postcard and poster (folded) reprinting vintage promo materials from the movie.

FINAL THOUGHTS:
Highly Recommended. Once thought lost, the Tony Palmer-directed Bird on the Wire is an essential chronicle of Leonard Cohen on tour in 1972. The film captures the singer/songwriter at the height of his fame, both invigorated by the music and weary from its demands. It's an all-too-rare look at the personality behind all the famous songs. The DVD production is phenomenal, and whether you are a fan of the tunes or of documentaries in general, this one is a definite must-see. 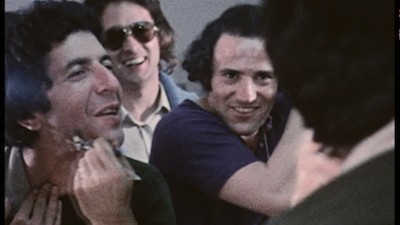