"The Way Back" features more walking than I've ever seen from a film. Combine all three "Lord of the Rings" pictures, and there's still less arduous trekking than found in this movie. It's a true-life tale of endurance and unimaginable distance brought to the screen by filmmaker Peter Weir, who captures the agony and companionship of life on the move, where a group of strangers faced the fight of their life hiking through debilitating environmental challenges.

At the dawn of WWII, Polish solider Janusz (Jim Sturgess) is sent to Siberia for detainment, thrown inside a brutal gulag located in the middle of a forbidding frozen wasteland. Humiliated, starved, and freezing, Janusz is ready to escape, a thought quelled by his fellow inmates, who find the task impossible. Encouraged by Smith (Ed Harris), an American prisoner, Janusz and a small band of inmates, including violent Russian criminal Valka (Colin Farrell), make a break for it, only to face a 4000-kilometer walk across unforgivable terrain. Boosted by their shared love of freedom, the companionship of a young girl (Saoirse Ronan) they pick up along the way, and the drive of their survival instinct, the group carries on to the brink of death, hoping to reclaim what's left of their lives when they finally reach a safe haven. 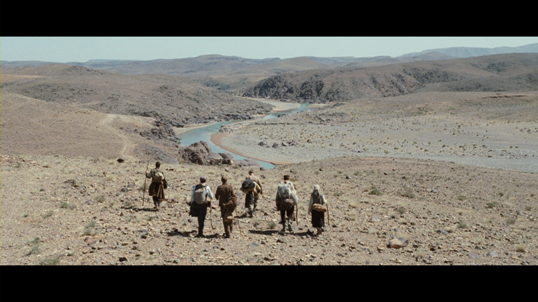 Based on a memoir written by one of the survivors, "The Way Back" is an astounding story of perseverance in the face of certain doom, isolating the spiritual drive of men who refuse to march obediently to their death, preferring to perish as "free men" out in the wilds of the world. It's a tale of bonding and wartime despair, yet the film primarily fixates on the mindset of endurance, and how that light can illuminate the way through arduous conditions and unbearable self-doubt.

Celebrated director Weir is an apt choice for the material, furthering his career observance of natural elements at war with human insistence. Weir lingers on the snow, sun, and sand, making the viewer feel the length of this journey, slowing down the picture to push viscerally through paralyzing hunger and thirst. Two hours of men suffering may not seem like an appetizing viewing proposition, but to truly feel the miracle at hand, one must endure the pains of passage. Slowly reduced to feral creatures (Weir makes a potent parallel to wolf behavior at one point), the group stumbles on, and we watch as sores develop, jaundice sets in, body fat is depleted, and the human form becomes a gallery of misery. 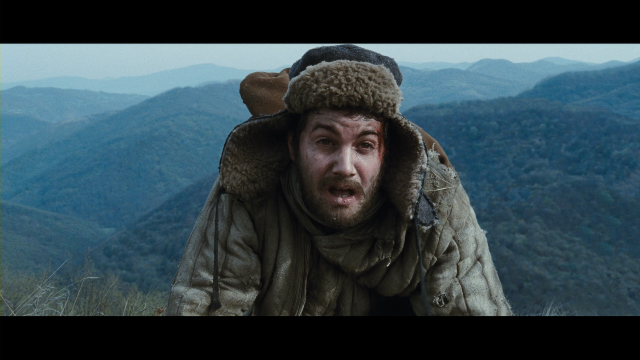 The light here is the feeling of inspiration and interaction as the group grows to rely on one another during the more grueling segments of the path, bonding as they hunt for food and water, face bodily trauma, and share desperate thoughts. The performances are uniformly strong, though very broad, with much of the cast working thick accents to express a certain weary mania that comes with starvation and isolation. The physical transformations are most striking here, as Weir retains the reality of the walk through tattered skin, rotted teeth, and a near-skeletal appearance from Harris, who makes a most chilling transformation, withering away as the months go by. 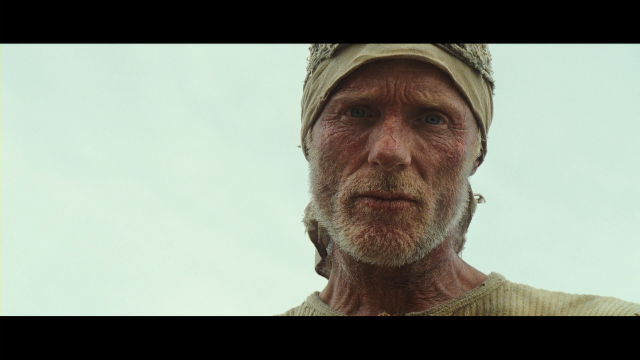 The AVC encoded image (2.35:1 aspect ratio) presentation encounters an enormous amount of wide-open spaces with fierce environmental changes. The HD viewing experience respects the textured images, providing a superb clarity that grasps the details of the frame, from naturalistic particulars to the Academy Award-nominated make-up work, which registers horrifically on the disc, gifting crisp realism to the nightmarish decay of bodies. Skintones look natural, with degrees of burn and sickness effortlessly communicated. Shadow detail is a little clouded during intense low-light sequences, muddying up some needed frame information. Colors are sturdy, offering good separation and a nice punch of countryside splendor, with desert golds and forest greens making a strong impression.

The 5.1 DTS-HD sound mix works an environmental presence wonderfully, capturing the rough journey through a compelling effort of directional activity and general surround intensity. The violence of nature is a driving component of the film, well represented on this disc, with a circular hold to the outdoor sequences that keeps the listener inside the struggle. Dialogue exchanges are crisp and clear, always easy to understand, despite heavy accent work and turbulent surroundings. Scoring isn't always as pronounced as hoped for, while low-end is compelling if lacking needed intensity. 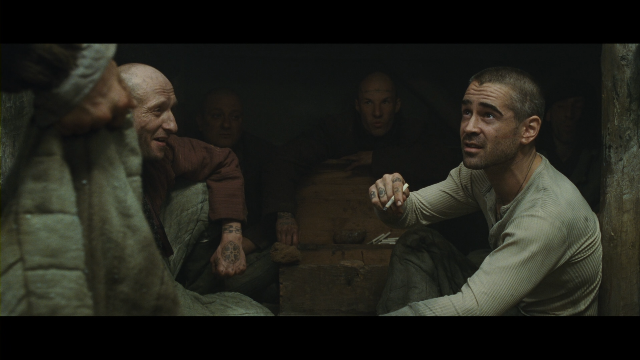 "Journey of the Journey" (30:57) isn't a comprehensive snapshot of the feature's production, but it does offer a more substantial peek into the filmmaking effort than typically offered in featurettes. Interviews with cast and crew offer convincing reverence for the story and Weir, while exploring dedication to research, production design, and survival realism (courtesy of Cyril Delafosse-Guiramand, who endured the same pedestrian experience as the characters). Some of the sound recording isn't great, but the passion is undeniable, making the stories and intentions persuasive. 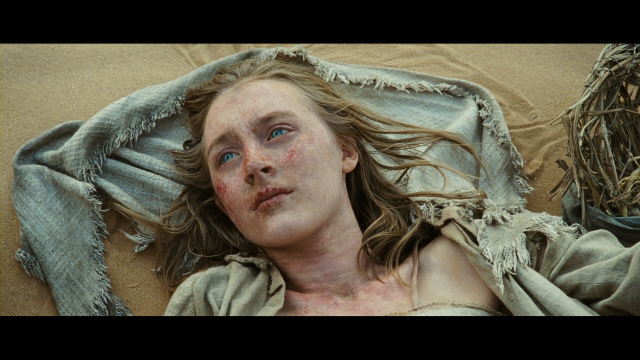 "The Way Back" is not an easy picture to endure, as Weir carefully examines every last step and troubled breath. The reward waiting at the end is an appreciation of sacrifice and resolve, sold through a patient observance of survival. It's a film that develops after viewing, taking time to sink in as fates are reconsidered and brave motivations are appreciated.