Please Note: The screengrabs used here are from the standard-definition DVD released in 2002, not from the Blu-Ray. 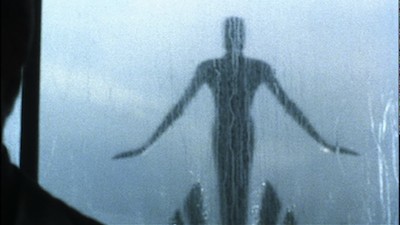 It probably shouldn't have worked. It was certainly hotly debated at the time. Cinephiles were divided about the idea of Steven Spielberg carrying on for Stanley Kubrick after the great director's death. In many ways, they were polar opposites: Kubrick labored for years on a project, working it to perfection, distancing himself from business concerns and ticket sales; Spielberg worked fast and with great technical acumen, and though for many years he had been pinging between artier dramas and the populist entertainment that his career had been built on, he was the king of the box office and had been for quite some time. In some minds, there was no putting the two together--but this was how Kubrick wanted it, and this was how it should be.

And so A.I. Artificial Intelligence, the project Kubrick had batted around since the 1980s, was released in 2001 under Spielberg's directing banner. If memory serves, reaction was mixed, there was no consensus of flop or triumph. A.I. was an odd movie, ungainly in its structure, almost as if Spielberg--who also wrote the script--picked it up in whatever state the icon had left it in and refined it no further. Some bits were brilliant, some came off as under-designed, and what the hell was up with that final 20 minutes? I know that was my reaction, at least. Maybe I'm confusing my own thoughts with the prevailing opinion. It certainly wouldn't be the first time.

A.I. began life as a short story by Brian Aldiss, but it blossomed into something more sprawling under Kubrick. It is the story of the first-ever robot boy. Set in a future where climate change has left multiple major cities underwater, a refocused society has made many technological advancements since the cataclysm--including synthesized life. Robots have different functions in society, but largely act as servants, be it of the more traditional kind (maids, chauffeurs) or less domestic (sexbots). At the start of the movie, a scientist (William Hurt) proposes a new function: true love. What if they could create a simulacrum of a real child, one that could be programmed to love its adoptive parents unconditionally? Could then the humans love it in return?

The prototype is David (Haley Joel Osment), a specially built android that looks real in every way. He is given to a married couple (Sam Robards and Frances O'Connor) whose own child is currently in cryogenic stasis until a fatal health problem can be solved by medical science. Stuck in her grief, the mother, Monica, takes to her new "son," developing a strong attachment to him. Only, when her actual child (Jake Thomas) is healed and returned to her, the human boy's jealousy makes it impossible to keep David. Monica is unwilling to send David back to the factory for destruction and so lets the robot boy go instead. Devastated by this rejection, David takes his animated toy teddy bear (voiced by Jack Angel) and goes looking for the Blue Fairy, the angel who turned Pinocchio into a real boy at the end of the story Monica read to him. If he can become real, she can love him as much as her flesh-and-blood offspring.

What follows is David's fairy-tale journey. Like Pinocchio, he will run into many hazards, including a destructive carnival where robot-hating humans dismantle artificial life as a form of entertainment. There David meets Gigolo Joe (Jude Law), a pleasure robot who is on the run, as well. He agrees to help David find the Blue Fairy, detouring to a dazzling futuristic city where all manner of carnal delights can be found before finally heading to Manhattan and, supposedly, the edge of the world.

The philosophical question at the core of A.I. Artificial Intelligence is the difference between authenticity and artifice. Are they mutually exclusive, or is that just a matter of perception? Kubrick famously put off making the movie for over a decade in hopes that an actual robot could be built to play the part of David. Spielberg came into the mix after Kubrick had seen Jurassic Park. It apparently made Stanley realize that if an approximation of a dinosaur was good enough, fake robots would be, as well. Extending the metaphor into the creative process, he embraced the idea that artifice could stand in for the authentic. One could even take it further to say this necessary balance was also the difference between the two directors, why it took both of them to make this extraordinary picture: the authenticity of Stanley Kubrick lent credibility to the artifice of Steven Spielberg, and vice-versa.

Spielberg doesn't so much repress his style for A.I. as he tries on another man's clothes and walks around in them for a while. The final movie has the chilly rigor of a Kubrick movie, but with touches of Spielberg's slick storytelling. At times, the director maybe indulges his taste for cheese a little too much (was the Chris Rock cameo necessary?), but for the most part, he and cinematographer Janusz Kaminski create a beautifully polished bauble, bringing to life a future world that has the familiarity of modern life but the sparkle of a better tomorrow. Some of the movie's visual concoctions are stunning. The teddy bear that serves as David's Jiminy Cricket is perfectly integrated into the live action, and the fully imaginary Rouge City, inspired as it was by European comics, is just as believable--and indeed, indistinguishable in terms of craft--as the version of New York City that Spielberg sinks into the Atlantic. One is created from whole cloth, the other uses reality as its starting point--and neither is more real or unreal than its counterpart.

In terms of acting, it's easy to see why Osment was viewed as the leading actor of a new generation. His performance as David is remarkably subtle. He uses carefully choreographed body language to convey the character's "otherness." He carries himself awkwardly, maintaining a blank naïveté that is essential to illustrating David's lack of experience. It's a far more complex construction than it might appear. Also good are O'Connor as the grieving mother (she has the widest range of emotions of anyone in the movie) and Jude Law as the charming hustler. He brings a touch of classic Hollywood style to the role--a gigolo is just another type of actor, after all.

Engaging with A.I. Artificial Intelligence again, I still have a few of the old problems. The Flesh Fair, for instance, the gladiatorial arena where robots are demolished for fun, lacks visual imagination. While I suppose its resemblance to a county fair and the preponderance of flannel and denim in the oil-thirsty crowd may be intended to show how little humanity has progressed beyond its baser instincts, it stands out from the rest of the movie as being kind of cheap. It's a small complaint, because everything else in A.I. looks phenomenal and can compete with any special effects film to have come along in the ten years since it was first released.

While I haven't changed my mind on that, I have on the ending. Before loading up the film again, I would have told you that A.I. should have ended at the two-hour mark, with David at the bottom of the sea; I wouldn't say so now. The twenty minutes that follow are genuinely strange and borderline magical. Without the extended denouement, A.I. Artificial Intelligence would be just another riff on future mechanics. With this ending, however, the fairy tale journey completes itself--it is, essentially, Gepetto being rescued from the belly of the whale--and the movie transforms into something truly special. There is nothing else quite like A.I. Artificial Intelligence, and given that once upon a time Stanley Kubrick showed us the dawn of humanity, it seems fitting that his career should end by showing us what the world would be like once humanity was gone. 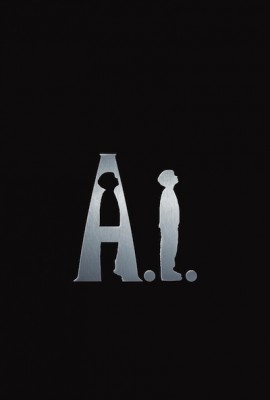 Video:
A.I. Artificial Intelligence has always been a beautiful film, and the 1080p anamorphic transfer on the Blu-Ray will only bolster that reputation. The picture quality here is gobsmackingly detailed, with subtle plays of light and deeply rendered shadows. The neon designs pop and the special effects look remarkable; yet, so too does the real life. Skin tones have a natural appearance, and there is a clarity of texture in the forest scenes that does a real service to Kaminski's cinematography.

Sound:
The original audio is mixed here in DTS-HD Master 6.1, and it creates a full atmosphere that whispers and shouts with perfect balance. There are also French and Spanish versions mixed in Dolby 5.1.

Available subtitles are in all three languages, with a second English closed captioning choice.

Extras:
In terms of bonus features, the Blu-Ray doesn't really upgrade the package that has been available for the last ten years. All of the old features are ported over here, and in 480p, as well. Only the two theatrical trailers are put on the BD in high-definition.

Luckily, those old extras were fairly comprehensive and so we're still getting an extensive glimpse into the production process. The breakdown of the special features are as follows, and they are pretty much self-explanatory:

* Creating A.I. - The origins of the story, and the Spielberg/Kubrick relationship
* Acting A.I. - focusing mostly on Osment and Jude Law
* Designing A.I. - both set and costumes
* Lighting A.I. - Janusz Kaminski shares some of his process
* A.I./FX - The special effects supervisor discusses the goals of the film, focusing on three specific scenes
* The Robots of A.I. - from theoretical concept through design
* Special Visual Effects and Animation: ILM - studying the different approaches to SFX, including physical effects vs. digital
* The Sound and Music of A.I. - a look at audio effects and John Williams' score
* Closing: Steven Spielberg: Our Responsibility to Artificial Intelligence - the director ruminating over the human responsibility toward technology, using the opening credits as a backdrop
* A.I. Archives - a large collection of galleries featuring behind-the-scenes production material and photographs, including storyboards and concept art.

The A.I. Artificial Intelligence BD comes in a standard Blu-Ray case with an outer slipcover. The cover has the same art as the interior, but it features foil embossing.

FINAL THOUGHTS:
Highly Recommended. A.I. Artificial Intelligence is a crowning achievement, the coming together of two brilliant, yet differing, cinematic minds for a vision of the future that embraced new technology even as it questioned how such advances should be adopted. Though ten years old, A.I. Artificial Intelligence looks as fresh and new as any movie to come since, and Blu-Ray technology only emphasizes its beauteous innovation. 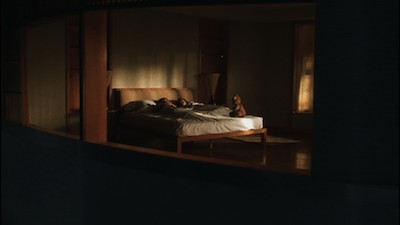