While Michael J. Fox was thrust into the media spotlight when "Back to the Future" blew up the box office in the summer of 1985, it wasn't his only picture released during the season. Shot before "Future" and released shortly afterwards to capitalize on its massive success, "Teen Wolf" was a decidedly low-tech teen comedy, less about dazzling Spielbergian pace and time travel, and more about hairy teens and pubescent allegory. Despite the inexcusable lack of a DeLorean, "Teen Wolf" is a modest, digestible comedy, guided by a perfectly itchy Fox performance as the titular beast.

Scott Howard (Michael J. Fox) is a scrawny, nervous teen dealing with a basketball squad of losers, an unobtainable blonde crush (Lorie Griffin), the demands of huckster friend Styles (Jerry Levine), and unconditional love from his lifelong pal, Boof (Susan Ursitti). When odd bodily changes start to overcome Scott, he panics, soon faced with a furry reality: He's a werewolf, just like his kindly father (James Hampton). Blessed with special abilities as a wolf, Scott takes over the school, enjoying his newfound popularity as a lycanthrope, much to the disgust of persistent bully, Mick (Matt Arnold). Unfortunately, fame isn't everything it's cracked up to be, with Scott losing his identity as outside demands for the wolf increase. 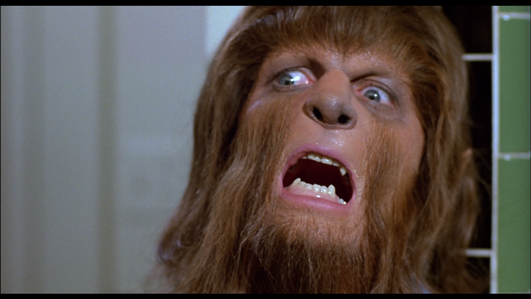 Low-budget and loosely assembled, "Teen Wolf" is more of a curiosity in the impressive career of Michael J. Fox than a proficient movie. Director Rod Daniel ("K-9," "Like Father, Like Son") dutifully charges ahead with this hazy tale of adolescent metamorphosis, tailing Scott as he endures high school hell, coming to grips with his limited sexual and social appeal, freely indulging his sense of panic as his schooling draws to an unadventurous close. The young man is irritated and isolated in his small town, desperate for a change. And that transformation arrives in the form of extraordinary body hair, fangs, and engorged physical abilities. The nerd is now a monster, and everyone loves the beast.

"Teen Wolf" is a charmer, perfectly content to stick to irrelevant adolescent concerns while following a formula that finds Scott caught up in his wolfy fame, alienating those who truly care about him. It's always easy to spot where the picture is headed, but the journey has its rewards, primarily in the cast, with Fox contributing customary comedic unease in, technically, his first leading role. It's a comfortable contrast between the wimp and the wolf, with a buzzing nervous energy that help to ease the transformations along. Granted, jittery anxiety is a Fox specialty, but Daniel wields it superbly in the picture, urging the spazzy reactions and broad physical comedy along. Supporting turns from Hampton and Ursitti bring a sense of kindness to the abrupt picture, while Levine and Arnold play their ridiculous clichés with skill. 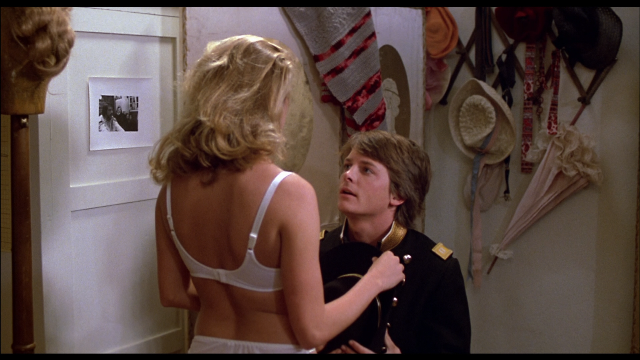 Having viewed "Teen Wolf" several times as a kid, it was a shock to revisit the film for this review and notice a few more unsavory details, chiefly a bit of homophobia from Styles and the script's rather accelerated interest in underage drinking, marijuana use, and sex (bestiality?) -- this is PG movie after all. These are not oppressive developments, and further 1985 touches (including a joke about Grenada and a breakdance sequence) are appreciated. Daniels handles the film so lightly, nothing seems to stick anyway, with unfinished subplots and Scott's compressed character arc creating gaps along the way. The feature is having too much fun with the wolf material to care. After all, this is a shapeless teen fantasy, a world where a boy can transform into a werewolf in public and nobody bats an eye. It's difficult to find the movie distasteful when it barely takes itself seriously.

It's also a film where the basketball matches are dripping with sweat, as thought the contests were being held inside a sauna. Daniel goes a little overboard with the wet, or perhaps this is some symbol of male development I missed. Either way, the cast looks like they've sat in the splash zone at a Shamu Sea World show once the action hits the court. Odd. 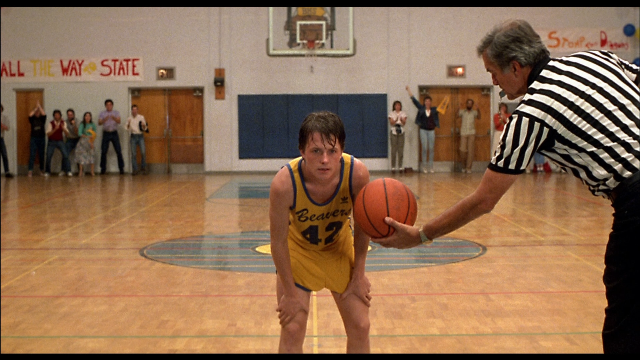 The AVC encoded image (1.85:1 aspect ratio) presentation brings "Teen Wolf" to HD with a competent display of the film's tomfoolery. A light grain presence retains a cinematic look to the image, helping to bring out the textures of the cinematography. Colors are well preserved and separated, offering buoyant yellows and blues, while seizing further pronounced hues from period costuming. Detail is good for the 26-year-old film, offering clarity that makes the study of werewolf make-up and active backgrounds easy enough, while allowing a good read on facial reactions from the cast. Shadow detail is comfortable. The disc doesn't provide a true restoration effort, with print damage and dirt easily detected, but the viewing experience provides a certain HD heft to an unexceptional '80s effort.

The DTS-HD 2.0 mix keeps to the film's low-budget nature, supplying a frontal attack of voices and music that doesn't register as overtly chaotic, managing the various sonic forces competently enough. Dialogue exchanges are crisply arranged with nothing lost. Atmospherics are firm here, providing a solid force of crowd activity and gymnasium echo, though the track is lacking exceptional directional attitude. Music isn't heavy, but it keeps away from shrillness, layered into the mix to provided the requisite pop drive. Low-end is weak. Spanish and French tracks are included. 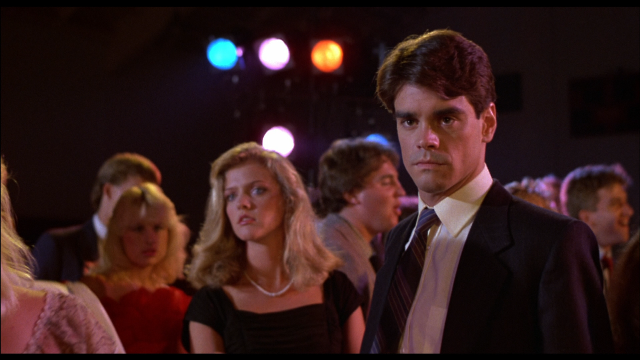 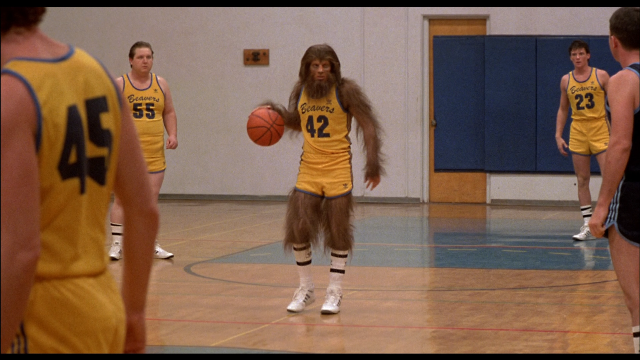 "Teen Wolf" is an amusing movie, most confident when depicting Scott taking advantage of his wolf power, finding his life elevated by the miracle fur. Expectedly, the script attempts to ground the picture in sincerity for the final act, but it's a development easily ignored, much like the cartoon (sans drugs and gay panic) and sequel (with Jason Bateman taking the reins as Scott's cousin) that quickly followed. Though the producers tried, nothing quite matched this strange, slack comedy, offering a peek at a fresh-faced Michael J. Fox just before his fame understandably exploded. 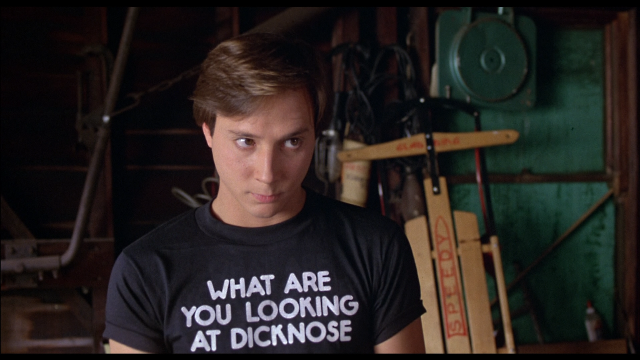