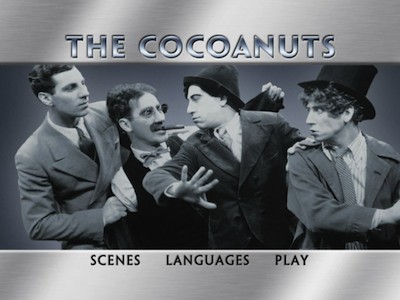 Last week I was telling the gal who cuts my hair about the movies I had waiting for review at home, and when I said I had a bunch of Marx Brothers movies coming my way, she asked, "Who are they?" After I restarted my withering heart, which is no longer capable of these kinds of shocks at such an advanced age, I explained that they were a comedy team from the early days of sound cinema, transitioning from a successful stage career to the silver screen. Surely she at least had some passing idea of who Groucho or Harpo were? I gave some description, but nope, no bells were ringing. Finally, she asked, "Are they like the Three Stooges?" I nodded, "Kind of. But with lots more verbal humor."

Now, don't get up in arms. We all build our film vocabulary in our own time and own way, and she made note of who the Marx Brothers were for future viewing. The bigger point here is that we should be thankful we live in a time when film history is being preserved and classic material like The Cocoanuts continues to be readily available. Given the vast sea of choices that entertainment consumers of all ages are currently faced with--my earliest memory of television was having three networks and a PBS station, and no syndicated channels, so just consider the difference--it's easy for things to ebb and flow and fade, but fingers crossed that quality will always somehow win the day.

The Cocoanuts began life as a massively popular stage production, though with its elaborate song and dance numbers and Groucho Marx's reliance on puns and wordplay, one that wouldn't have easily translated to silent movies. When sound technology began taking off, however, the Marx Brothers were a natural choice to transition from stage to screen. The Cocoanuts was made in 1929, under the direction of Robert Florey and Joseph Stanley. The movie stars the classic Marx line-up of Groucho, Harpo, Chico, and Zeppo, and it also features the music of Irving Berlin.

That's a lot of talent to have at your disposal, and frankly, The Cocoanuts needed it. In terms of cinema, it's a rickety production, one that often uncomfortably transitions between the extended comedy bits and the almost incongruous production numbers. On stage, this would be something akin to a variety show, running on three different parallel lines: the Marx routines, the song and dance routines (including two showpieces for Harpo's musical skills), and a superfluous dramatic plot. This third bit involves young lovers and a stolen necklace and is a bit wobbly in terms of narrative flow. It makes the film feel disjointed, like the studio was making sure there was a little something for everybody. Which most likely they were.

When The Cocoanuts really shines, unsurprisingly, is when the Marx Brothers are let loose to do their thing. And I do mean loose. There is a surprising freedom in the presentation here. Despite having given hundreds of performances of the same material over the years, the guys somehow make it appear off the cuff--and there even appear to be bloopers and flubs that they decided to leave in rather than shoot the scenes again. The best routines involve some kind of verbal interplay, such as Groucho trying to explain a map to a confused Chico, or sleight-of-hand and slapstick. There are hilarious moments where Harpo keeps stealing objects from various cast members, passing them back, stealing them again--the kind of gag that is terribly hard to describe without sucking the air right out of it. Just trust me, it's really funny.

In terms of the Marx canon, The Cocoanuts is not their best, but it's a pretty impressive start. It has a playful air that makes some of the less polished elements forgivable, like we are watching an ambitious experiment where gifted performers take a newly discovered medium and jump into the deep end, feet first. The movie builds to a grand spectacle, ending at an elaborate Arabian-themed engagement party, complete with outlandish costumes and showcases for all of the movie's disparate elements. Best of all, you're invited! The way Groucho looks into the camera when things go bonkers (now you know where John Krasinski gets it from) and even the film's farewell shots say as much. To sit in the corner and pout just because you don't like the punch will only serve to make you a spoilsport. 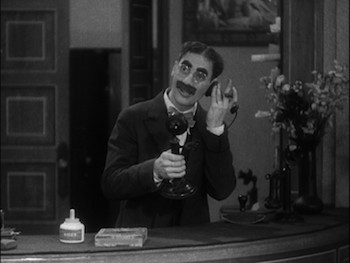 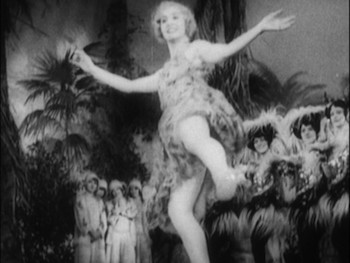 Video:
The full-frame presentation of The Cocoanuts is far from perfect. The image quality is inconsistent. Some scenes have scratches and debris, others are hazy and faded. It's not awful, the action onscreen never becomes obscured, and we're probably still light years ahead of any syndicated TV or VHS versions that circulated in decades past, it's more that a full-scale restoration of the Marx Brothers films is long overdue. In fact, though I don't own the 2004 set of the early Marx movies that Universal put out, from having seen them seven years ago, I am pretty sure this new release is basically the same disc as was included in the box, just now released on its own.

Sound:
The original mono soundtrack is given a decent two-channel mix that presents the dialogue clearly, though at times with a bit of a tin-can ring. There is also occasional hiss in the background.

A Spanish dub is offered, as are subtitles in English SDH, Spanish, and French--again, the same specs as in the boxed set.

FINAL THOUGHTS:
Recommended. Though not the best Marx Brothers movie, The Cocoanuts proves that even the lesser Marx comedies are a hoot and a half. Their first excursion into cinema shows the famous comedy team learning their way around the medium, presenting a freeform version of their famous stage play. A combination of musical, comedy, and even romantic drama at times, The Cocoanuts is loose around the edges but full of plenty of laughs. If you're not familiar with Groucho, Harpo, Chico, and Zeppo, this would make a fine place to begin changing that. 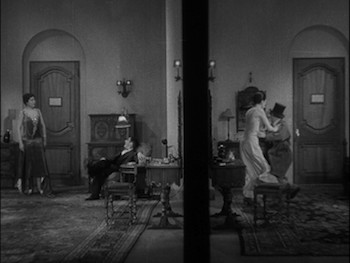 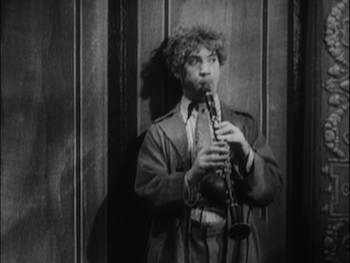