Vanquished (I vinti), The 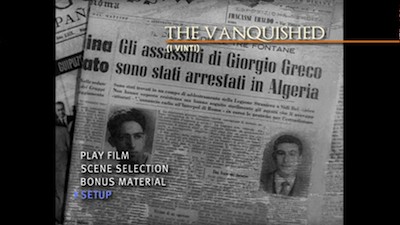 This movie would have made one hell of an audition reel for Alfred Hitchcock Presents. The 1953 anthology film from Michelangelo Antonioni, The Vanquished (I vinti), tells a trio of stories, each a succinct morality play about crimes and consequences. It's not an entirely successful production, but it is an interesting one, at least as much for its troubled history as it is for the finished motion picture.

The Vanquished gathers three tales from across Europe, arranging them by country: France, Italy, and England. In each one, young people rebelling against post-war mores find themselves tangled in situations that result in murder. A framing narration contextualizes this as a rejection of old morality, and though this is an element of the movie pushed on Antonioni by censors, The Vanquished is prescient in its depiction of misguided adolescent anger, particularly in the critique of media and fame's role in their actions.

The French story details a group of kids looking to break out of their inner-city lives and escape to Algiers. One teen in the gang, Pierre, has been bragging about money he doesn't have, and so two lowlife brothers have been using a pretty girl (Etchika Choureau) to lure him into their circle so they can kill him and take his cash. In Italy, another boy (Franco Interlenghi) gets caught up in a smuggling ring and ends up slaying a man, turning him into a fugitive from the law. Finally, in England, a gregarious and self-satisfied poet (Peter Reynolds) calls a newspaper when he finds a dead body in order to sell them his exclusive story and get his picture on the front page. As interest in the case dwindles, he draws it out, extending his time in the limelight and casting suspicion on his own version of events. He is a modern animal: one who kills for attention. If the story were remade today, he'd have a Tumblr and a YouTube channel. 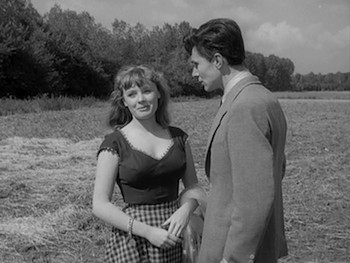 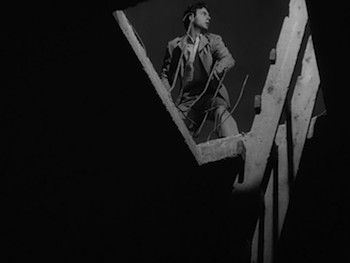 Interestingly enough, the English tale is the most conventional of the collection. Reynolds gives a performance reminiscent of Robert Walker's sociopathic socialite in Hitchcock's Strangers on a Train, a well-spoken individual to whom these proceedings are a game. The more conventional plot structure means this segment pays off the most in terms of traditional story, and the actual murder is depicted in a way that is quietly unnerving. One could make a good case that Antonioni was adapting his style to the particular country, and so he may very well have been inspired by Hitchcock. In much the same way, the French segment could have been made by René Clément, and the Italian piece has echoes of post-War Neorealism. It's also the least successful of the three. The story of the "existential" youth who is running out of time comes off as aimless and lacks any real impact. This, as it turns out, is because censors forced the director to remove the character's political motivations, turning him from a confused idealist into a common delinquent. Luckily, the original Italian sequence, which was shown at the premiere of The Vanquished at the Venice Film Festival, is included here as a bonus feature, giving us a chance to see what Antonioni was striving for.

I personally found the French segment the most interesting, even if the English story was more in tune with expectations. Antonioni choreographs his characters and their scheming in a way that creates real menace. They circle each other like jungle cats, the males vying for dominance and the attention of their buxom queen. This story most easily captures the pointlessness of its crime--these kids are just selfish and rotten, and they'd gladly step across one another to get what they want--and also offers an ironic conclusion. When the killing doesn't yield its intended results, the established roles break down and the masterminds reveal they are not exactly as they've represented themselves.

While The Vanquished doesn't quite match Antonioni's later work, it does provide an interesting bridge from his earlier potboiler Story of a Love Affair and the marvelous character drama Le Amiche. And while it is unfair to score it on what might have been, the new DVD does provide a context that allows us to see more clearly what the great filmmaker initially intended. Even without that, I still think The Vanquished works, both as a glimpse at cultural and social perceptions of the period and as a string of solid short subjects, not unlike a collection of tales from the aforementioned Hitchcock program or even Naked City. The younger Antonioni proves himself an agile and malleable director, pointing the way to the experiments in storytelling to come. 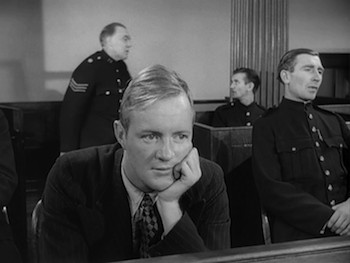 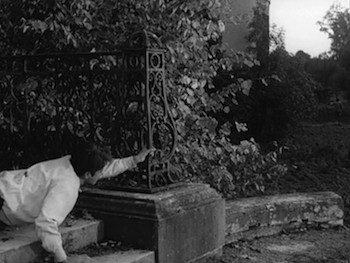 Video:
The new DVD transfer of The Vanquished boasts a very good 1.37:1 black-and-white image. It's a conscientious clean-up job, even if there are still some scratches and some wear to the edges of the frame at times. The Italian segment has the most notable distress, but given the state of the original version of the sequence included in the supplements--which even features a bit taken from VHS--you really can get a sense of what a good job was done here. There is very little added digital noise, so this appears to be a strong effort on the part of Raro.

Sound:
You get two audio options in Dolby 2.0 mono: a track in French, Italian, and English, and one in just Italian. Both of them were dubbed in post in some way, since that is the way Italian filmmakers did it for a very long time, but the multilingual track is probably preferable since it has each region's characters speaking in their native tongue. Also, a quick sampling of the Italian version showed it was not as well executed as the other, and the subtitle option is the same on either--so you get no English subtitles for the last bit. (A title card says they might not "sync up," but I didn't see them at all.) I don't know if it is the fact that I could read their lips or if it is really the case, but the English audio sounds a little tin can and disconnected at times.

The optional subtitles are good. Very easy to read.

Extras:
Raro's standard DVD edition of The Vanquished comes with an insert featuring a great essay on the history of the film by Stefania Parigi. It also has photos and a filmography of Antonioni, which is also included as a text supplement on the disc itself. The DVD additionally has a biography of the filmmaker. 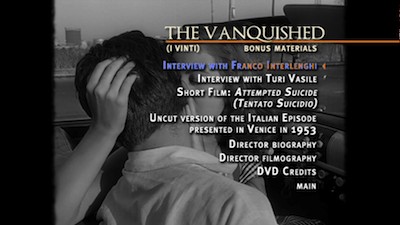 In addition to this, we get the 23-minute short film Tentato Suicidio (Attempted Suicide), Antonioni's segment from the omnibus film L'amore in città. This is a semi-documentary, talking to people who tried to kill themselves over love. It ties in well to the main feature, particularly the doomed outlook of some of the boys in the fictional piece. Here, the featured subjects share their experiences and participate in minor dramatizations of their stories.

The movie comes in a standard DVD case with an outer slipcover.

FINAL THOUGHTS:
Highly Recommended. Though not up there with Antonioni's best, The Vanquished is a notable early effort from one of Italy's best directors. The three-part anthology film tells succinct stories of young people committing crimes, spanning three countries and exploring a variety of motives. Though censorship defanged some of the material, removing more complicated motivations from the murders, the film still mostly works, offering quick slices of 1950s crime drama not unlike some of the better TV of the era. Raro gives us the film with a solid restoration and good extras, making it a worthwhile overall package. 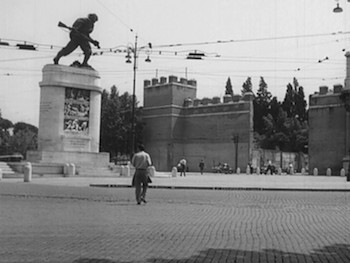 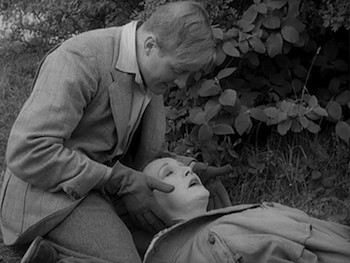