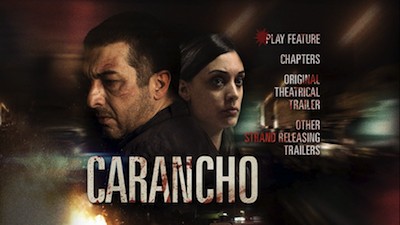 Two people meet out on the job. Simple enough. She's an EMT, he's an ambulance chaser who works for a private social services agency that helps car crash victims fight insurance companies. She is naturally suspicious of him--his job is not one a good lawyer chooses for himself--and yet he is attracted to her, wants to prove to her that he's an okay guy. The dude convinces the girl to have coffee, the conversation goes well, and things start to take their natural course. Except they both have their secrets, and when those come to light, each will have to choose how acceptable they find the previously unknown character traits.

This is the basic set-up of Carancho, the new film from Argentinean filmmaker Pablo Trapero. Though it may sound like a conventional romantic drama, Carancho slowly morphs into a bleak crime picture, one that grows darker with each successive frame. Some may find it unrelenting, and folks with aversions to car crash footage may want to look away (I lost count of how many collisons there were); though I didn't think it was perfect, I thought Carancho was pretty good.

A large reason why the movie works is its excellent cast. Luján the EMT is played by Martina Gusman, who was amazing in Trapero's previous (and better) motion picture, the prison drama Lion's Den. Luján is biding her time riding around in ambulances until she can get shifts as a doctor. She's also got a bit of a morphine habit; nothing that interferes with her day to day, but enough that her bosses probably wouldn't approve. In essence, she has a good heart, and so her suspicions that the group that the lawyer works for is not really helping the victims come from a good place. Sosa is played by Ricardo Darín, the lead from The Secret in Their Eyes. Meeting Luján has come at the right time for Sosa. He has almost gotten back on his feet, and her distrust reminds him of the man he always intended to be.

The main problem here is that Luján is correct in her assumptions. Sosa works for bad men who not only bilk their clients out of most of their settlements, but they also create fake accidents to get even more payoffs. One of these accidents goes wrong, providing the narrative fulcrum for Carancho. Faced with his own deceit and with the woman he loves knowing what a heel he's been, Sosa has to face the music, and he tries to put things right--something that gets both him and Luján in hot water with some dangerous people. 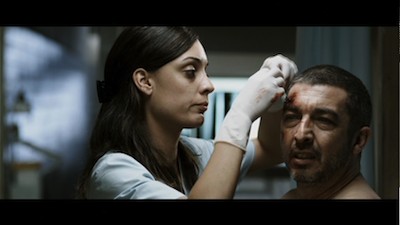 Those expecting a big love story out of Carancho are likely to be disappointed. Though there are tender moments between Luján and Sosa, they come in between arguments, mistakes, and even unsettling eruptions of violence. Each step they take to try to get out of the moral quicksand only sucks them down deeper, culminating in a final desperate act. It's a variation on both "love on the run" and "one last job" film conventions--though Trapero and his writers keep their intentions pretty well guarded. For a lot of the movie, I couldn't guess where the characters were going or when the last double-cross was going to occur. I'd call Carancho a potboiler, but the general temperature is chilled by anxiety and fear. These guys aren't criminals, they are well-meaning people who have made some bad choices. Trying to correct them is harder than going along, that's the difficult of taking up residency in morally gray areas, and it's what makes their predicament interesting.

Trapero and cinematographer Julián Apezteguia shot Carancho with the RED digital camera, and much of the film has the immediacy of the verité style that the technology allows for. They shoot in close quarters, following their characters through their professional hazards and getting into the thick of it as things get rough; likewise, intimate moments between the two leads are shot in close-up, bringing us into their affair, as well as their pain. The stark photography makes Luján's struggles with her addiction grimy and unattractive--there is no romanticizing any of this. I loved Martina Gusman in Lion's Den, and she is equally fierce here, though the Luján role allows for more range and a different kind of vulnerability. Gusman is definitely an actress to watch.

Carancho starts stronger than it finishes. Once the mysteries of the story unfold and the characters reveal what they are hiding, there is a kind of perfunctory structure to how the rest of it plays out, even if the viewer can't see around every corner. It doesn't help that Trapero drags his feet getting there, making it harder to take when the movie continues to spiral downward into the darkness. The final shots push the irony a little too hard, and truth be told, it's the one move you're likely going to be able to call ahead of time. Even so, Carancho is a meaty cinematic effort, giving the audience much to chew on, and it's admirable that it avoids pulling its punches or delivering the ending most of us would expect, regardless of how much we may want it. 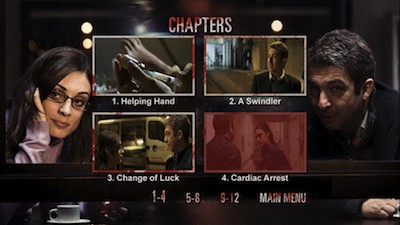 Video:
Though my copy of Carancho didn't come with the final packaging, my experience with Strand screeners is that they essentially match what gets released to the consumer. In this case, the film is presented anamorphically at its original 2.35:1 aspect ratio. The colors are strong throughout, with nice tonal variations and good differentiation between light and dark. There is some occasional softness to the image and even a slight touch of interlacing, but nothing drastic nor too distracting.

Sound:
The Spanish-language soundtrack is mixed in stereo with automatic English subtitles. The audio is solid, creating a realistic atmosphere complete with audible ambient noise and clearly presented dialogue. The subtitles are white and easy to read and have character.

Extras:
A theatrical trailer for Carancho, as well as some for other films from Strand Releasing.

FINAL THOUGHTS:
A well-acted, mostly unpredictable crime drama from Argentina, Carancho is a tough-minded cinematic effort. The movie follows two people who fall in love while battling the individual mistakes that have put them in places neither ever expected to be. A doctor with a bad habit, a lawyer with some bad friends--these are a pair forged in some ancient noirish cauldron, and Pablo Trapero's plot is one long slide into the depths of that same bottomless abyss. Some may find it a little bleak, and they'd be right, but for those who like adult drama where everything doesn't go easy and people don't find perfect solutions to big problems, Carancho is Recommended. 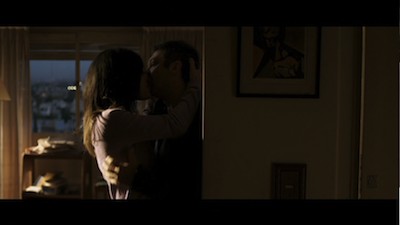