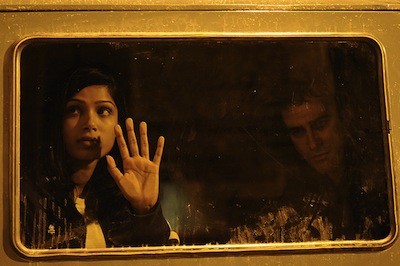 Julian Schnabel's Miral sits someplace between noble intentions and a fully successful movie. Which doesn't stop the new effort from the director behind The Diving Bell and the Butterfly and Before Night Falls from being brave, important, or even good...it just feels like something's missing.

Miral is adapted from a book by Rula Jebreal, who also wrote the screenplay, and the story is based, at least in part, on her life. It spans more than 40 years, beginning with the establishment of the state of Israel and continuing through the tumultuous decades that followed. The tale revolves around the formation of an all-girls school for Palestinian refugees, established and run by Hind al-Husseini (Hiam Abbass, Lemon Tree). The girl Miral (Freida Pinto, Slumdog Millionaire) is given to Hind by her father (Alexander Siddig, Syriana) after her mother commits suicide. Miral's family history is one full of troubled women. Her mother, Nadia (Yasmine Al Massri, Caramel), was an abuse victim who took to heavy drinking to forget her pain. Nadia met Miral's aunt, Fatima (Ruba Blal), in prison. Nadia had been arrested for slapping an Israeli woman who called her a whore; Fatima was serving three consecutive life sentences for a failed bombing of a movie theater. The flashback of Fatima's crime is one of the most dazzling in Schnabel's film. An unexpecting audience watches Polanski's Repulsion in the late 1960s, completely oblivious to how close to death they are. Schnabel cuts from one face to the next, speeding up as he works his way through the auditorium. It's a portrait of the victims as raw humanity, and it is an important indicator where the director's sympathies lie: with the people caught up in the conflict, regardless of which side they are on.

Miral's story takes root about halfway through. Though her education was put in Hind's care so the girl could avoid the fate of her mother and aunt, coming of age in the late 1980s means Miral can't ignore the First Intifada. Hind's school was located in the Palestinian sector of Jerusalem, granting them the status of separate but equal. This was not entirely acceptable from a Palestinian point of view: the revolutionaries desired freedom, a right to their former land, and the ability to govern it themselves. Miral gets caught between this very natural and understandable wish and her duty to her family and her school. Her personal safety and future also depend on the choices she makes. No justice for the many means no individual peace. 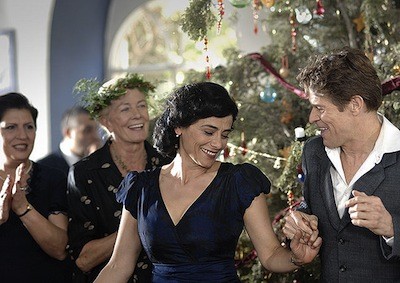 What makes Miral so important, and also controversial, is the matter-of-fact way in which this inner struggle is presented. Schnabel, who is also dating Jebreal, presents the writer's story without any outside or opposing point of view. This is intentional. The Jewish artist and filmmaker has said that he wanted to explore the other side and give voice to the Palestinian experience--a perspective not really given its due in Western media. It's easier to declare the conflict as being "too complicated" and stick with the accepted story. While Miral doesn't attempt to excuse the violence, it does try to explore where it comes from. In this, it's comparable to Gillo Pontecorvo's Battle of Algiers, which is still the definitive cinematic account of an occupied people's armed struggle against its oppressors. The difference is that Miral zooms in on the one and lets her stand for the many.

It's no surprise that Miral is a beautiful film. Julian Schnabel made his name as a painter before turning to motion pictures. He brings to his montage a keen eye for singular images and has displayed an uncanny knack for stringing these images together in a way that is effective and entirely unique. He and cinematographer Eric Gautier (A Christmas Tale) take an expressionistic approach, shooting scenes of emotional and mental distress as if through thick glass, blurring the edges of the frame. In some cases, it mimics the experience of being drunk; in others, a more existential nausea. In less capable hands, it could be a hackneyed device; in theirs, it is beautiful and visceral, inspiring a real reaction in the viewer. It is also used sparingly, granting the rest of Miral a stunning clarity.

The downside is that the script lacks a similar narrative vision. Though both Abbass and Pinto deliver strong performances and have a firm grasp on who their characters are supposed to be, the story offers little in terms of conventional pay-off. I realize that Miral is intended to mirror real life, and a standard situation/complication/resolution approach wouldn't accurately portray what is, essentially, an open-ended story; even so, the lack of dramatic closure lessens the impact of the movie. Miral fades to a close in a way that suggests youth has run out of steam rather than having to make a hard choice or getting fooled by a false victory. That's probably Schnabel's intention, that life goes on even as these terrible things continue, and that vigilance is required lest we forget, but it causes one to wonder if Miral will leave the intended impression on the moviegoing public as a result. For all the controversy, Miral is almost entirely devoid of hard debate.

Then again, how could it have been more dramatic without vilifying somebody? To draw either the Israelis or the Palestinians in more grotesque terms, or to put Miral deep into the atrocities, would undermine the true purpose of the film. We can only empathize with those who are faced with the impossible and intolerable, but not the ones who actively create either. 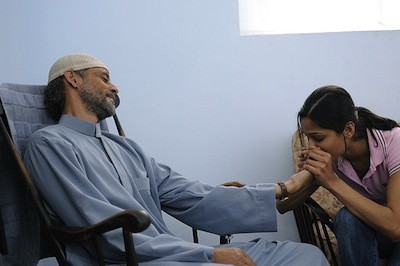