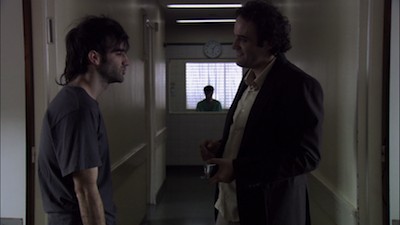 The 2008 Argentinean film The Paranoids is a 20-something drama full of quirky characters and a knotty story that reveals its true meaning with a measured patience. This isn't a film about failed ambitions or second chances or even the cruelty of friendship--though all of these things are in there--but rather a movie about romantic dreams and the persistent urges that keep them alive.

Luciano Gauna (Daniel Hendler) is a writer who spends his days dressed as a fuzzy purple space muppet performing at children's parties with his friend Martin (Martín Feldman). It's a light-hearted job for a guy who is a essentially a pretty dark fellow. At the start of The Paranoids, Luciano, dressed in full costume, is waking from a narcoleptic sleep. He is on anti-depressants, is obsessing over possibly being infected with an STD, and is consistently caught short working on his screenplay: Luciano can't find an ending for his movie.

He and Martin went to school with another filmmaker, their friend Manuel (Walter Jakob). Manuel has spent the last two years in Spain where he has scored a big hit with a TV show called The Paranoids. He is the gregarious and cocky member of the group, always ready with a helping hand, even if he is hiding a hidden motive in his palm. He comes with his girlfriend Sofia (Jazmín Stuart) and plans to push Luciano's career into overdrive, but first he must go to Chile, leaving Luciano and Sofia alone to get to know each other. It's Sofia who drops the bomb that the main character of The Paranoids isn't just based on Luciano, but he even has the same name. She's impressed to meet the real deal, and apparently able to accept his cracked behavior as a result. 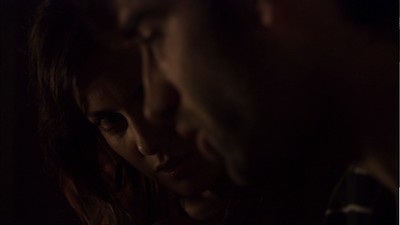 The Paranoids is a strange film, loosely structured along a quiet line of basic drama, punctuated with occasional bursts of craziness. Daniel Hendler's sketchy performance drives the movie forward. He is perfectly loopy without ever overstating Luciano's OCD tics. On the contrary, he carefully avoids caricature and sees that the character is essentially a creatively tortured artist whose literary shortcomings indicate a larger life problem. Luciano can't finish anything, not even a sentence. Sofia is the first one to express the willingness to wait and the gumption to push him. Their flirtation is simple and all under the surface, emerging in a sexy climactic dance that is truly something to behold.

Co-writer and director Gabriel Medina reportedly based The Paranoids on his real college friends, giving a mettextual level to his film and its plot points about co-opted lives and fictional constructs. His narrative is prone to flights of fancy, including a dream sequence and using a video game to work out some male aggression, but the bulk of the film is grounded in a carefully crafted reality. A few moments feel out of place, particularly Walter Jakob's Vincent D'Onofrio impression in the final act, but the overall presentation is believable. Again, Hendler's commitment holds it all together when the ends start to fray. He even manages to sell an emotional run through the streets in the final scenes, the only point when Medina truly succumbs to cliché.

All in all, The Paranoids is an odd duck of a film, but one with enough individual personality, as well as smart writing and performances, to recommend seeking it out. Though it may be off the beaten path, what you will find there is worth going out of your way for. 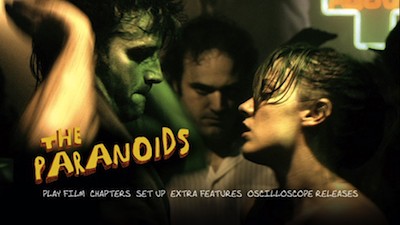 Video:
Oscilloscope has put The Paranoids on DVD as a solid 1.78:1 transfer. The image quality is crisp with a strong level of detail, showing a clear depth of field and excellent colors. There are no real instances of macroblocking or other digital bugaboos, and the print is clean.

Sound:
The original soundtrack is offered as both a 2.0 and 5.1 mix, with each being excellent for their chosen format, but the 5.1 offers some extra ambience in how it balances the background effects. The music in The Paranoids is quite good, and that is also given the proper emphasis in both audio options.

The optional English subtitles are good, with an easy-to-follow flow. Some of the translation lacks a little bit of character, though, especially in how it renders Luciano's manic stuttering. The written lines seem more succinct than what we are hearing.

Extras:
Oscilloscope release The Paranoids in their usual high-quality package, with a foldable interior book inside a sturdy slipcover--all made from recycled materials. The on-disc extras include a theatrical trailer; a music video for Farmacia, performing the track from the nightclub scene in the movie (essentially, that footage intercut with other bits from the film); and mp3s of the musical soundtrack that you can download onto your computer. I full support the idea of this last thing. More studios should give us film soundtracks on our DVDs!

FINAL THOUGHTS:
The Argentinean film The Paranoids is a welcoming, stylish portrait of mid-20s malaise and the odd, sometimes destructive, relationships that form between friends and lovers. Led by a strong performance from Daniel Hendler as the moody, drifting protagonist, the film mostly keeps its footing on a bumpy dramatic road. The Paranoids has a little romance, a little comedy, and a whole lot of humanity, and it's careful not to oversell any of it. Recommended. 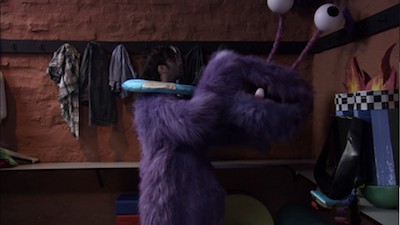