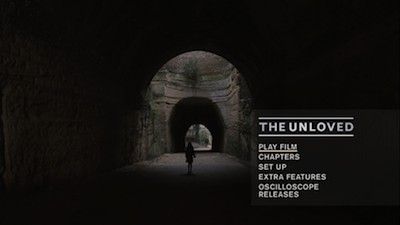 The Unloved is a beautiful movie about very sad things.

Directed by actress Samantha Morton from a script she developed with writer Tony Grisoni (Fear & Loathing in Las Vegas, In This World), The Unloved is a softly rendered, touching portrait of what it's like for one little girl in the United Kingdom social services system. Quiet, wide-eyed newcomer Molly Windsor stars as Lucy, an 11-year-old girl who is taken out of her home after it's discovered her father (an impassioned Robert Carlyle) has been abusing her. Lucy's mother (Susan Lynch) is largely out of the picture, and there is some intimation that maybe she has mental problems. Lucy living with her is not an option.

So, Lucy is put into a children's group home while her case is being assessed. She is partnered up with one of the older teens in the house, Lauren (Lauren Socha), the kind of girl who insists she should be treated like a grown-up but still shoplifts from the local mall. Lauren is also having an affair with one of the social workers, a clandestine and semi-abusive relationship that Lucy is privy to, which means the young girl is still in the unfortunate position of being exposed to things she shouldn't be. As with most situations that she finds herself in, Lucy just observes, speaking only when spoken to, and even then barely. The more she stays at the home, the more she settles into the way of life with the other kids. Even so, she still dreams of happier times, and often goes on long walks through the night in search of some solace. 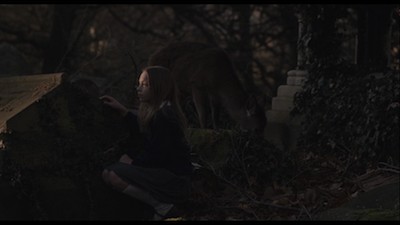 There is a particularly gorgeous scene that comes during one of those first walks. Lucy ends up in a graveyard, and there amongst the headstones, a deer is calmly grazing. It's a poetic image, made all the more poignant by the loveliness of the picture. The Unloved was photographed by Thomas Townend, who shoots all of Lynne Ramsey's films, including Morvern Callar, a movie about another kind of wayward girl and starring Samantha Morton. The actress-turned-director learned a thing or two from Ramsey. Her directorial debut has the same kind of patience. The two share a similar eye for performance. Morton gives her actors a wide space in which to work, letting them find the moment naturally. Robert Carlyle is particularly good in his few scenes. The dad could have easily been a monster, but there is a strange despair in his terrible actions. Lucy gives his bad deeds a religious frame, leading us to believe as she does that her father wants to find some good, but fails.

Molly Windsor is the real star of The Unloved, though. There is much sorrow in her innocent face, and Morton lets the camera linger on her watchful expressions. The movie's stunning final shot in particular hangs on Windsor's ability to just be natural on camera. It's an inscrutable moment, and one that seems intended to leave the audience unsure of where life will next take the little girl. There is no real resolution, not in any conventional narrative sense. All of these lives are left hanging. In that, Morton and Grisoni are indicting the system as a whole, questioning the cyclical nature of how British children are consumed by the bureaucracy and never get out. Some viewers may find it a dissatisfying resolution, but that's kind of the point. This story never ends for the tens of thousand children tangled up in a system they didn't create. 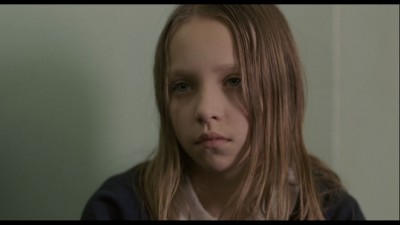 Video:
The 1.85:1 aspect ratio transfer of The Unloved looks quite good, with sharp resolution and vividly rendered colors. The film's Neorealist aesthetic is given tremendous showcase in the widescreen format, with some stunning images of different environments throughout Lucy's hometown. Nighttime scenes have great shading, and neon lights really pop, particularly in a scene outside a carnival.

Sound:
The 5.1 audio mix is also very good, creating a full realistic atmosphere with some really nice ambient noise. Some dialogue is a little hard to discern, but that's more the accents being a tad bit thick, especially when the actors drop their volume. Music sounds great, really nice and crisp, including the score by Colleen and Morton's excellent song choices (Stone Roses, Charlatans, Spiritualized).

Extras:
Not a lot of extras here. In addition to Oscilloscope trailers, we get over fifteen minutes of deleted scenes, mostly character stuff that was trimmed due to being superfluous, and another fifteen minutes of Morton talking about the film at the Toronto Film Festival in 2009.

The disc comes housed in the trademark Oscilloscope packaging: a handsome foldable cardboard book with an outer slipcase.

FINAL THOUGHTS:
Recommended. Samantha Morton's directorial debut The Unloved is a slow burn of a motion picture. The melancholy story follows a young girl through British social services. Pulled from an abusive home, Lucy is let loose in the chugging maelstrom of a foster system overburdened with wayward childen. The young actress Molly Windsor is utterly captivating as the child searching for a place to settle down. The film moves at a leisurely pace and is intentionally incomplete, offering us only these specific moments and nothing more. This should be considered a plus more than a minus. The Unloved is beautiful to look at and emotionally moving, an excellent debut from a fine actress stepping behind the camera. 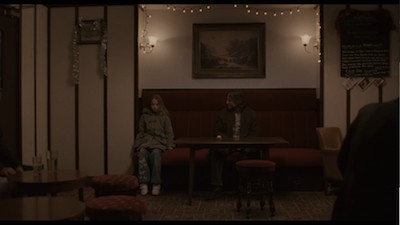