With his performance in Taken, Liam Neeson's performance became one of the surprises of 2008. He convincingly played a badass looking to find those responsible for his daughter's abduction and got positive reviews for it. So I guess it would be natural for him to go back to the well in 2011's Unknown. The trailer laid out the story for us, or so we would like to think.

Oliver Butcher and Steven Cornwell adapted the Didier Van Cauwelaert novel to a screenplay which Jaume Collet-Serra (House of Wax) directed. Neeson plays Dr. Martin Harris, who is part of a biotechnology conference in Berlin. He arrives at the hotel with his wife Elizabeth (January Jones, Mad Men), and realizes he has misplaced his briefcase, which includes his passport and other vital pieces of identification. He gets into another taxi in an attempt to retrieve the case, but gets involved in an accident and the cab leaves a bridge and crashes into the river. The cab driver, an attractive German named Gina (Diane Kruger, National Treasure), manages to get out of the cab and rescue an unconscious Martin before the cab submerges in the freezing water. Martin awakes from a coma four days later, without any identification and also without anyone believing that he's Martin Harris. His wife does not recognize him, and there is even a man (played by Aidan Quinn, Jonah Hex) who has taken his place and assumed his name and title. So Neeson spends the balance of the film trying to prove that he is who he says he is, but as it turns out it's a little more complicated than he (or us) realized. 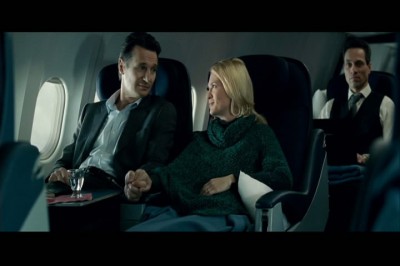 Neeson's characters in Taken and Unknown have had the same sort of conflict to resolve, be it of family in the former or of identity in the latter. Yet there is something when it comes to his performance, be it in conveying his emotions or in general guise that makes the viewer's sympathies so loyal and pure. He has seemingly inherited a niche role that Harrison Ford had a stranglehold on for a brief period of time and is doing it better from both physical and emotional perspectives. In this film the supporting performances of Kruger, Quinn and Bruno Ganz (Wings of Desire) all help you go along for the ride, with the latter of whom spending an all too brief amount of time on screen but being the best of the bunch. They help may the journey more pleasant.

Which isn't to say the journey isn't bumpy. In fact it's devoid of comfort as the film goes on. There is a moment halfway through the film during a car chase through the Berlin streets that makes this point clear, and sets up the stage for a plot twist during the third act that I felt a little insulted by. Even Neeson seems to be confused in the third act, and I don't blame him one bit. To be clear, I don't have a problem with mindless entertainment that doesn't take itself too seriously. But the swerve that Unknown takes, particularly after how much you're asked to invest in the first 70 minutes, is almost like getting spat on and being told that it's raining. 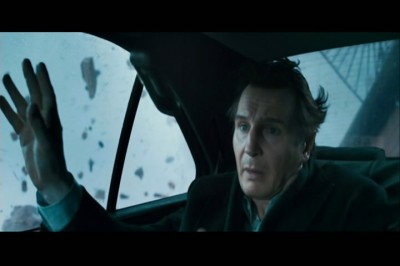 There are moments where Unknown is fun and suspenseful. However they are few and far between for a movie that is masquerading as an engaging and involved thriller. As a companion of sorts to Taken it doesn't measure up, and when it comes to things being stolen from Liam Neeson, that remains the film that others measure up to.


Warner rolls Unknown out with an AVC-encoded 2.40:1 high-definition presentation that looks excellent. Black levels are deep and inky while providing for solid contrast, flesh tones are accurate without red or orange pushes, and the colors are reproduced vividly without oversaturation. Film grain is present when viewing the feature and image detail is abundant in the foreground and background. The disc has to juggle a variety of looks and visual styles throughout the film and they all look superb.


The DTS-HD Master Audio 5.1 soundtrack is gold Jerry, gold. Dialogue is centered and the level is satisfying. The subwoofer (be it during the car chases or at virtually any part during the third act) has free reign and fills out the low-end perfectly. But it handles the smaller acts superbly; in one scene where Martin and Gina are walking through a nightclub, the sound of partygoers enjoying the atmosphere comes through as one of many clear and convincing directional effects, and channel panning is just as clear when called upon. The soundtrack is immersive, outstanding and was a treat to listen to.


Either the production didn't seem to care for putting out supplements or just didn't want to, but there are barely any bonus materials here, as Jason Bailey describes in his review of the disc. "Known Action Hero" (4:33) covers the thoughts from the cast and crew on Neeson and the story, along with opinions on shooting in Berlin. "What is Known?" (4:24) is more story-focused, but both featurettes are quick and forgettable. A second disc houses both the standard definition and digital copies of the film.


I'm feeling a little conflicted on Unknown. On one hand, the film isn't too bad through acts one and two. It's when it has to wrap it up where things get confusing and a little silly. Technically the disc looks and sounds great even if the bonus material is shite. I'd save the few bucks and watch Taken again if I were you.