Rescue Me: The Sixth Season and the Final Season 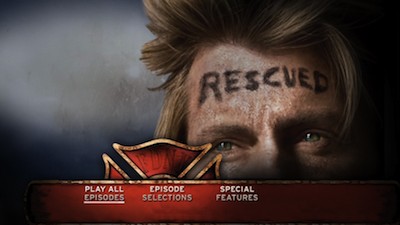 This set contains the last two seasons of Rescue Me (though it feels like one season, and is treated as such). The Denis Leary-driven cable show has run for seven full cycles now, and as the firefighter drama comes to a close, so too does my love-hate bromance with the macho program. Through these many years, I found Rescue Me alternately exhilarating and irritating. As with any divisive entertainment, its greatest assets, including its audacious humor and irreverent point of view, were also its greatest faults. Let me tell you, one funny uncle to another, you stop being funny if you stick around too long. You keep trying to top yourself, and you go too far.

Rescue Me: The Sixth and Final Season runs nineteen episodes. It opens in the aftermath of the previous season closer. [**SPOILER**] The show's booze-guzzling, pill-popping main character, Tommy Gavin (Denis Leary), had crossed the uncrossable line when he sent his uncle's girlfriend home after getting her drunk, leading to an accident and her death. Upset and looking for payback, Uncle Teddy (Lenny Clarke) shot Tommy and left him to bleed out.

As the premiere begins, Tommy is being rushed to the hospital and fighting for his life. He has what may be a near-death experience (the doctors do think they lost him), and in that time, he has a vision of seeing the comrades he lost on 9/11 ascending to heaven, while he is blown back into a hell full of the fire victims he could never save. When Tommy comes out of it, he is shaken, and his friends and family decide to exact some tough love and push him toward sobriety. This makes for a rather tedious run through some heavy-handed drama. Over the years, whenever Rescue Me gets serious about issues of mortality, it tends to turn into a kind of Off-Broadway play. A bad Off-Broadway play. Subtle symbolism this ain't.

Times are tough for everybody, though, not just Tommy. As he re-enters life at the firehouse, the economy is in the crapper, and his crew needs to justify the money being spent to keep their station open. Tommy's godson Damian (Michael Zegen) has joined his team, much to the consternation of his mother Sheila (Callie Thorne), who has been having a torrid on-again/off-again affair with Tommy since her husband died in the World Trade Center. Lou (John Scurti) has an eating problem that is catching up with him. Tommy's daughter Colleen (Natalie Distler) is developing her own issues with alcohol. Life is a mess. 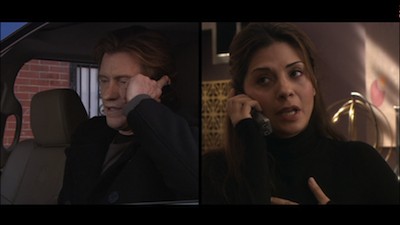 What struck me most about watching this concluding set of Rescue Me episodes was a sense of déjà vu. So much of what happens here feels like we've been there and done that. Tommy's hitting rock bottom, the zany interventions, the dialogue with ghosts, the reconciliations with his wife (Andrea Roth)--this has been the fodder of five seasons already. Leary is relying on the general stubbornness of addicts and the roller coaster ride of broken promises that comes with the disease as an excuse to prolong the show and keep the locker room talk going. It may be accurate to both the struggle toward sobriety and also the post-traumatic stress of the firefighters who stepped up on 9/11, but as the building blocks for quality television, it's getting old.

In fact, the most interesting stuff in the early part of the season is when we step away from Tommy's personal demons and look instead at what is happening to the FDNY in the current economic climate. The city is closing down firehouses, and 62 Truck is under consideration despite its work record thanks to the bad behavior we've witnessed over the previous five seasons. The first handful of episodes shows the guys rallying to save themselves, and it's a plotline that ties up far too fast for my money. On a similar tack, after his own fight with cancer most likely caused by exposure at Ground Zero, Sean (Steven Pasquale) starts to get interested in fighting for health benefits for first responders stricken with similar maladies. The most concrete and immediate action he takes is helping one of his buddies who is suffering. Rather than let him waste away in a hospital bed, he and Mike (Michael Lombardi) help their dying comrade fulfill some bucket-list items, including, funnily enough, taking him to a ballet.

Peter Gallagher does several episodes as a guest star, playing a no-nonsense priest who gives Tommy advice. It's also fantastic to see the great Maura Tierney return for a few episodes playing her character from Season Five, and interesting that they worked in her breast cancer from real life. It fits into the last season's theme of taking stock. This also involves incorporating and critiquing the country's preparations for the 9/11 10th Anniversary--including a sobering visit to Ground Zero in the 16th episode. Tommy's outburst on a retrospective special brings up past indiscretions that have to be examined, quashed, and filed.

One thing I have to say about Rescue Me is that its ensemble cast is an intricate, well-oiled machine by this point. Most of the central players have been with the show since the beginning, and their ability to play off one another in matters both heavy and light puts them amongst the very best television has to offer. Thorne, Scurtti, Lombardi, Pasquale, Robert John Burke, Adam Ferrara--they have all settled deep into their characters, and their portrayals are as complete as any you will find. Given that Rescue Me is largely dialogue driven--episode to episode, the series boasts some of the longest verbal exchanges on the tube--this is important. Even when the material is overwritten or self-consciously clever, the actors make every word sound authentic.

Rescue Me ends with the three expected regular events: a wedding, a death, and a birth. Outside of a cheap fake-out at the start of the finale, Leary creates an emotionally satisfying scenario, complete with a tense last mission in the penultimate episode. The birth of the newest Gavin child is pretty silly, but Rescue Me holds on to its macho cheek right to the last. The finish also reveals that the series' true mission, the "me" of the title that was looking to be rescued, was Tommy Gavin himself. I think most folks will be happy with how this character arc resolves.

Rescue Me had a spotty seven-year run, but it was a good one, and if nothing else, the show, like its characters, stayed true to itself, good or bad, no in between. 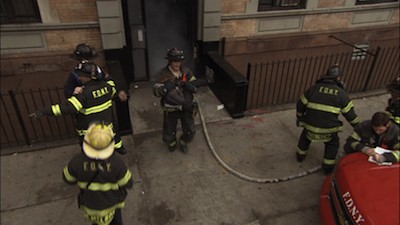 Video:
The final Rescue Me collection has nineteen 40-minute episodes on five discs. All the shows are in widescreen, presented in a 1.78:1 anamorphic aspect ratio. The image transfers look pretty good, with nice colors and decent resolution. Some edges look a little soft and there is some hazy grain, as well, but the general appearance of the material is fine overall, basically in line with the other seasons. Until we get Blu-Ray sets of the show, this will probably be as good as it gets.

Episodes can be chosen one at a time, or there is a play-all function. (It's the same for deleted scenes.) You can also choose to have recaps play before the episodes or skip them.

Sound:
There is only one audio option: the original soundtrack in 5.1 Dolby Digital. The mix is robust, filling all the speakers, even if there aren't a lot of subtle effects. Dialogue has a good center and music has excellent punch.

Extras:
The five discs each house an average of four episodes, and they are packaged in three slimline cases, which then come inside a cardboard slipcase. Each slimline has episode info printed on the inside. 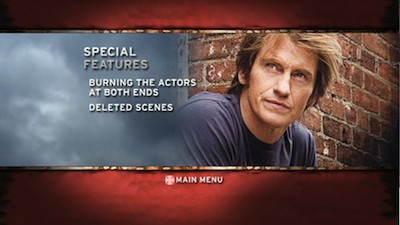 All the discs have their own extras, including deleted scenes specific to the episodes on that DVD. They also have mini featurettes, some of which cover the entire series and some focused on the particular season in question; these programs are as follows:

* "Balls": a two-minute montage of memorable references to body parts. (DVD 1)
* "Kicking the Ashes and Mopping Up: An Attempt to Remember Season 6": 26 minutes of cast and crew talking about the season, your standard behind-the-scenes promo stuff. Probably best saved until late in your viewing, since it covers a lot of the set-up for the season and there are two episodes left on the disc following this one. (DVD 2)
* "Burning the Actors at Both Ends": A seven-minute blooper reel. (DVD 3)
* "Denis & Lenny: A Match Made in Hell": A pretty hilarious four-and-a-half minute collection of contentious bloopers involving Denis Leary and Lenny Clarke. (DVD 4)
* "The Creators' Last Call": A twenty-two-minute conversation between co-creators Denis Leary and Peter Tolan reminiscing about the show. (DVD 5)

DVD 5 also has some trailers.

FINAL THOUGHTS:
I didn't always like it, and even when I did, I never liked all of it, but Rescue Me was what it was, and it kept being that right up to this, The Six Season and the Final Season. The firefighter drama is crass, irreverent, and at times strangely heartfelt. Denis Leary has kept the show alive and turned a great cast into a performance family. It's not the best that cable TV has to offer, but it is Recommended, and the very last show provides a satisfying conclusion to the previous seven years. 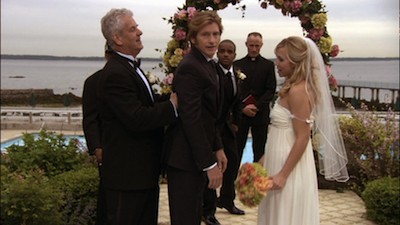