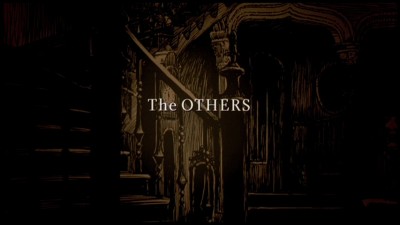 A mother living with her two sickly children must endure the foggy isolation of the Bailiwick of Jersey, which is made all the more ominous by a strange presence within her home. The Others initially feels like a classic ghost story, but the film, from Spanish director Alejandro Amenábar (The Sea Inside), adopts an unexpectedly sharp edge. Nicole Kidman is excellent as a mother dangerously close to unraveling in the face of some unruly night terrors, and The Others recalls a time when horror films were more than a string of jump scares. Tense and well-acted, The Others is one of the most effective horror films of the last decade. 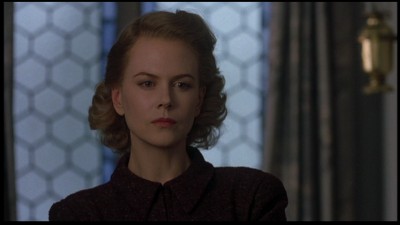 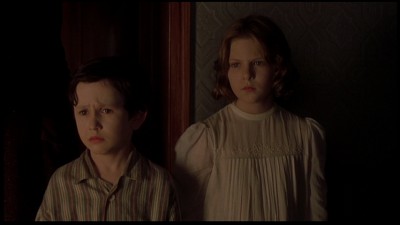 When Grace Stewart's (Kidman) husband goes off to fight the Nazis, she is left in a cavernous country estate with her two children, Anne (Alakina Mann) and Nicholas (James Bentley). The children suffer from a rare genetic disorder that makes then hypersensitive to light, and they must remain indoors and away from sunlight during the day. Grace hires three servants to help around the house, motherly Bertha Mills (Fionnula Flanagan), gardener Edmund Tuttle (Eric Sykes) and Lydia (Elaine Cassidy), a young woman who does not speak. Things move forward smoothly despite Grace's often abrasive demeanor until odd happenings are reported about the house.

Grace runs a tight ship, and requires that each of the house's many doors be locked when passed through to avoid letting sunlight into the inner rooms. Grace spends her time tutoring the children, and puts a heavy emphasis on religion. When the children are unruly, Grace reminds them of the dangers and consequences of sinning. But, Anne and Nicholas are quite astute, and do not take everything their mother says as gospel. Anne is delightfully nasty to her younger brother, and constantly teases and frightens him. Anne's antics backfire when no one believes her story about seeing a young boy named Victor around the house. When doors are slammed and curtains are thrown open without warning, Anne insists that Victor is behind the disturbances. 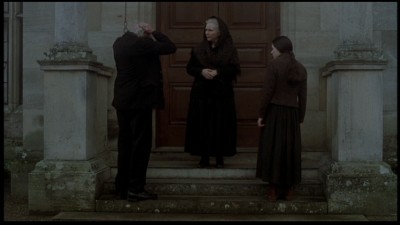 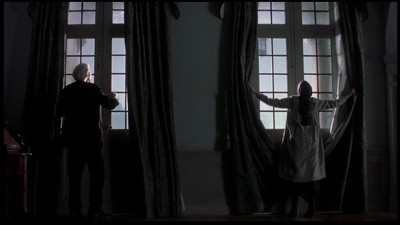 Like any effective haunted-house film, The Others has its fair share of suspense and jolts. Initially incredulous Grace questions her own sanity when she witnesses the disturbances firsthand. She insists the servants help her search the house for an intruder, but they come up empty-handed. The Others expertly balances intrigue with terror, and its scares are always earned. An ominous shot of the house laced in darkness and fog appears several times, and effectively illustrates Grace's predicament. The children's light allergy is a neat trick that allows near-constant darkness in the house. It also means the children are used to darkness, and their fearless curiosity is unnerving. 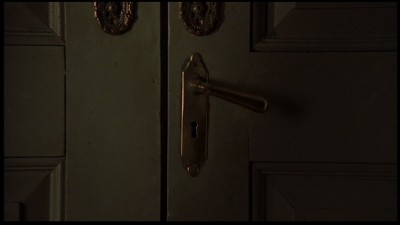 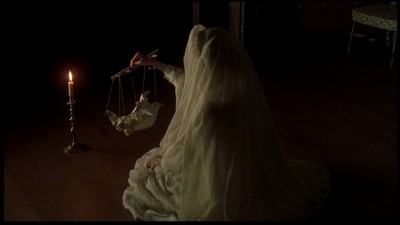 Kidman's career hit a rough patch a few years back, but her performance is brilliant here. She embodies Grace's icy demeanor but keeps her human by revealing great pain below the surface. This may be the best performance Kidman has ever given, and her Golden Globe nomination was deserved. Then-youthful actors Mann and Bentley are also quite good, especially Mann, who gives Anne a healthy dose of sass without becoming irritating. Flanagan is similarly good as the children's mysterious nanny, and the actress deftly handles her character's ambiguous morality.

It would be a pity to spoil the ending, though I imagine most of you already know what happens. Somehow the conclusion is both heartbreaking and a shocking sucker punch, and Amenábar never cheats on the rules or cheapens the proceedings with false revelations. The Others is weighty and effective dread stretched to feature length. Heavy on atmosphere and rich with great performances, The Others is an excellent horror film. 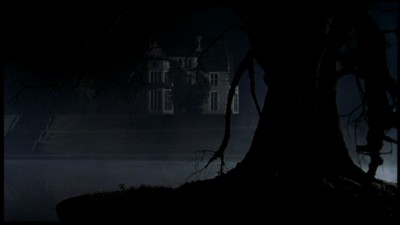 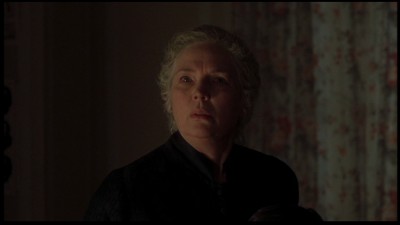 Echo Bridge has been (mis)handling most of Dimension Films' catalog titles on Blu-ray, while Lionsgate continues to churn out high-definition releases from the Miramax catalog. For whatever reason, The Others is a Lionsgate release despite opening with the Dimension logo. The film is dark and dreary and not exactly demo material, but the 1.85:1/1080p/AVC-encoded transfer is above average. The image is neither flashy nor especially deep, but it displays pleasing texture and detail. Many shots exhibit soft focus, but this never leads to smearing. Much of the film is dark and blacks often crush, but at least some of the oppressive darkness is part of the film's intended look. A few scenes, especially those set outdoors in the fog, appear dingy due to the mosquito noise that creeps into the frame. The Others is only given a BD-25, but compression artifacts are never a big problem. The image is also free of any undesirable noise reduction and edge enhancement.

At times, the film's 5.1 DTS-HD Master Audio soundtrack is mercilessly effective. The bumps, creaks and jolts of terror reverberate throughout the sound field, and the track makes heavy use of the rear speakers. My main complaint is with sound balance. Dialogue is always clear, but the difference in its level in the mix and that of the stinger cues and score is huge. On several occasions I turned up the volume during quiet scenes, but I scrambled to turn it down during more active sequences. Some may welcome these crashing scares, but I prefer a slightly better balance between dialogue and effects. Fortunately, directional dialogue and ambient noise are preserved, and the LFE is quite healthy. English SDH and Spanish subtitles are available.

A Look Inside The Others (21:56) is a decent making-of documentary, and it features interviews with the cast and crew alongside on-set footage. More interesting is Xeroderma Pigmentosum: What is it? - The Story of a Family Dealing with the Disease (8:57), which, as its title suggests, tells the story of a young girl suffering from the photosensitivity explored in the film. The Visual Effects Piece (4:29) is a neat split-screen look at how the filmmakers achieved the look of the foggy countryside, and An Intimate Look at Director Alejandro Amenábar (8:14) follows the director as he works on the set. The film's theatrical trailer is also included. 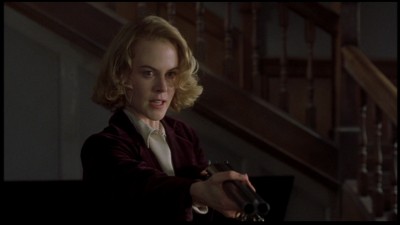 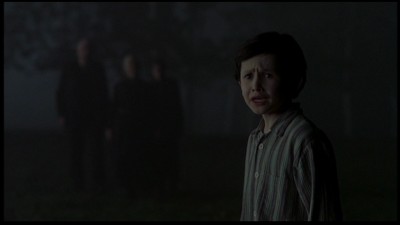 When it was released nearly a decade ago, The Others was a surprise financial and critical success. Part haunted-house thriller and part affecting drama, The Others likely connected with audiences because it serves up more than a weak string of superficial jolts. Nicole Kidman shines as a mother left to care for her two sickly children when her husband goes to fight in World War II. When strange things begin happening around the house, she questions her own resolve and ability to care for her children. Superbly acted and quite suspenseful, The Others will stick with you long after the credits roll. Lionsgate's Blu-ray offers good picture and sound quality, and carries over the extras from the DVD. Highly Recommended