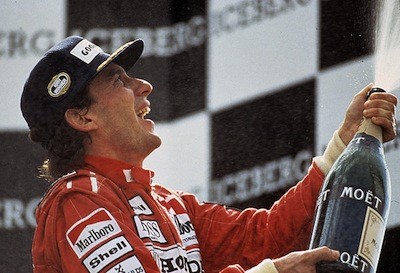 Anytime a storyteller embraces a certain subculture or specialized field, he or she risks losing part of the audience. It shouldn't be so, not if the storyteller did his or her job. If that's the case, it doesn't matter what the story is about because any random consumer can dive in and feel like he or she is part of the group. When I was a comic book editor and potential readers said they had never tried some of the books I worked on because they weren't part of the subculture the stories depicted, I'd usually respond, "Yeah, but you're also not an alien from another planet who can fly, so how is it that you read Superman?"

So, keep that in mind as I inform you that Senna is a new documentary about Formula One racer Ayrton Senna. If you just asked "Who?" or don't know what the difference is between Formula One and NASCAR, don't worry, neither did I. Before seeing Senna, I couldn't have told you anything about the man, I didn't even know his first name; after seeing it, I don't exactly know everything, but I'm so glad I've learned what I have.

The short version is this: Ayrton Senna grew up in Brazil racing go-karts. In the early 1980s, he crossed over to full-fledged Formula One racing, a profession that took him around the world. In his fourth race, he came in second, making incredible gains after starting in the back of the pack. The international racing community took notice. By the end of the decade, he was a superstar and eventually a three-time world champion. Senna was a hero in his native country, a religious man with a humble demeanor contending with a sport that was being transformed by technology. His is a story that ends in tragedy.

Senna was put together by documentary filmmaker Asif Kapadia and writer Manish Pandey. They use archival footage and new audio interviews to piece together the narrative of the boy from Brazil who eventually took over the world. His tale is one of triumph and setback, of a rigorous attention to his craft, of making mistakes and learning how to be better at his chosen sport. We get hints of a personal life--he had some famous girlfriends, he loved working with children--but for a lot of the movie, Ayrton Senna remains inscrutable. We learn about his heated rivalry with French racer Alain Prost and his friendship with the doctor who took care of him after a crash, but even these are related in the context of the cars. Sometimes there are questions or topics approached that never quite seem answered (his charitable work, for instance), but maybe it's because there is no real answer. As the movie progresses, you realize you are getting know plenty about the main man, it's just that his life is all about racing. 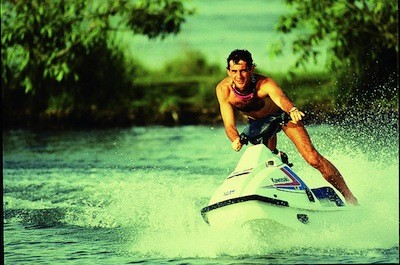 And you will also be shocked by how invested you have become in his personal trajectory. It doesn't hurt that a lot of Senna stays on the inside track. Kapadia assumes you'll have at least some passing knowledge of the subject, and he demands you pay attention. Don't worry, if you do, most of what starts out confusing becomes clear. Senna's disqualification from a Japanese Grand Prix is baffling at first, but Kapadia slowly separates the points of view and highlights the rules and regulations and everything becomes clear. The more you chase the impulse to understand, the deeper your connection to the story.

This particularly pays off as the stakes get higher and the races become more crucial. For most of his races, Senna had a camera mounted in his cockpit, meaning we get to see every twist and turn from the driver's seat. While we can never know in full the visceral rush of racing at such high speeds, this at least gives us an idea of the stamina and skill required to navigate the tangled race tracks. By the time we get to Senna's last grand prix, Kapadia has taught us to read the signs. It was clear something bad was coming, and I could feel it all the way down in my gut.

It's impossible to know what Ayrton Senna might have done had he lived longer, but thanks to Senna we can know what he accomplished while he was alive. His biography is a story full of impossible odds and incredible victories, and the victory of this documentary is that it successfully makes the audience a part of the happenings. Senna is effective storytelling. For an hour-and-a-half, you won't just know what it's like to be a Formula One fan, but also a Formula One driver. It's a total rush, to say the least. 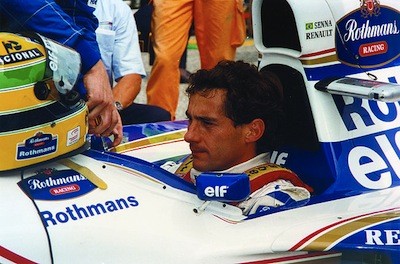