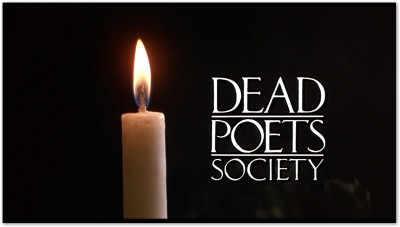 Dead Poets Society is a masterpiece with the power to change lives for the better. There is nothing more special and worthy in cinema than a film than has the ability to influence the lives of others in a way that is compassionate, heartfelt, and honest. This is an example of one of those rare gems. It is blistering with an uncommon beauty that holds our hearts in the cradle of true emotions. You won't walk away from the experience without shedding a tear of joy and sadness. Dead Poets Society is the kind of film that stays with you, inside the human soul, and doesn't let go for one's entire life.

The story is a universal one with an emphasis on friendship, growing up, and the personal discovery of who it is each of us are and what we want to do with our lives. The characters of Dead Poets Society attend an all-boys school by the name Welton Academy. It's a school focused on tradition. The teachers consider the necessary teachings that will have students travel the course required to reach college and to succeed in adulthood. Yet something isn't quite right... almost everyone is concerned with conformity and not the possibilities of free-thinking, until one unexpected day when a group of students experience a teacher with the courage to use a different kind of approach. His name is John Keating (Robin Williams) and he teaches his students to think for themselves and to aspire to live lives with courage that represents their true being: Who do they want to be? How do they want to make their lives great? The message: Carpe Diem. Seize the Day. 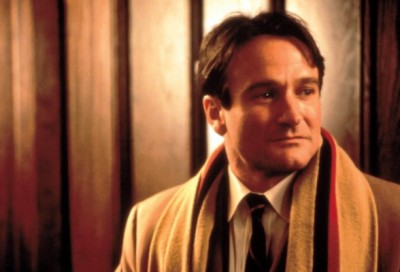 Robin Williams' grounded performance is at the heart of the story. His character plays as a supporting role to the students of the Academy but it is his encouraging words and belief in his students that drives the entire story. He doesn't want his students to only aspire to be something based upon the ideals of others. He wants them to be true to themselves and that is something many of the students had never experienced before. The core students this story centers upon are Neil Perry (Robert Sean Leonard) and Todd Anderson (Ethan Hawke). The other supporting student characters are: Knox Overstreet (Josh Charles), Charlie Dalton (Gale Hansen), Richard Cameron (Dylan Kussman), and Steven Meeks (Allelon Ruggiero).

Neil Perry is one of the most accomplished students attending the school. He's got the great grades, ambition, and talent. Neil's father (Kurtwood Smith) continually drives him towards being the best he can be but doesn't think about what it is his son wants to do with his life. This eventually leads to serious relationship issues between the two. Neil studies towards a professional career his father desires for him but what Neil really wants is to be an actor in theatre. This is something which John Keating encourages. Neil's roommate in school is an incredibly shy and overwhelmed Todd Anderson. Todd's brother was valedictorian and one of the most popular kids in the school. This leaves him with some confusion over what the possibilities are for his own future.   John Keating is an inspiration to both of them and to the other students attending the school as well.

The film so delicately balances the necessary elements. Peter Weir did an amazing job in holding the reins of the entire production. He clearly brought his own personal wisdom to this work as the performances by all of the actors are incredible. It is the mark of a great director when something as wonderful as a completely stellar cast manages to happen in any film. The script tells one of the best stories to ever grace cinema and it does so with characters that are believable and inherently relatable... Tom Schulman did win the Best Original Screenplay Academy Award in 1989 for this script and it is no wonder as to why this was the chosen winner. The movie holds up just as well today. The script is timeless. Then there's the haunting and beautiful cinematography by John Seale and the powerful score by Maurice Jarre. Everything comes together all so beautifully to form a classic of cinema that will continue to enlighten, strengthen, and inspire generations of movie-goers for many years to come. 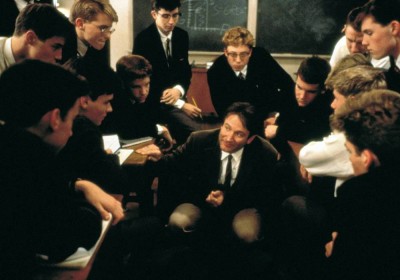 Dead Poets Society fares better than Good Morning, Vietnam did with its High Definition Blu-ray debut. The film clearly shows some aging and could have also undergone some more extensive restoration but the presentation is luckily presented without the excess treatment of DNR to the image. The film grain is kept intact and it looks filmic in a way movie-lovers will surely appreciate. The colors seem somewhat muted but this seems accurate in preserving the style of cinematography and it captures the look of this film generally well. The 1080p image isn't as sharp as a tack but it's a notable improvement, especially compared to the earlier DVD edition. Dead Poets Society is presented in the original theatrical aspect ratio of 1.85:1.

The sound mix is a delicate one and while it won't be as impressive as the modern-day productions that have flashier styles this is still a substantial aural experience. The mix benefits from having been designed by Alan Splet (who was a frequent collaborator to maestro David Lynch). It is a nicely balanced sound-mix and one that uses nuance in beneficial ways to the film. The 5.1 DTS-HD Master Audio track definitely gets the job accomplished.

Subtitles are provided in English SDH (for the deaf and hard of hearing) and French.

The extras included on this release aren't necessarily as lengthy as some fans of the film may be expecting or hoping to see but the quality certainly doesn't disappoint. The main inclusion is the feature-length audio commentary by Director Peter Weir, Screenwriter Tom Schulman, and Cinematographer John Seale.

Most of the video extras are presented in AVC but the presentation still seems to be SD (Standard Definition). These extras are also only in the full frame aspect ratio. Some of these inclusions are in particularly poor shape (especially the original theatrical trailer).

"Dead Poets": A Look Back (26:55) is a thoughtful and compelling video featurette containing an impressive amount of interview clips with most of the core cast and the behind-the-scenes crew. It's a necessary viewing for anyone who wants to hear more concerning the individual takes on some of the film's themes, characters, and creation. Interestingly, most of the cast describes Director Peter Weir as if he was every bit the inspiration to them as actors as John Keating was to his students during the film itself. There really isn't a moment in this footage that feels unnecessary or overlong. It's the special kind of bonus feature that manages to be compelling despite a relatively short running-time. Some interesting details are even shared about some brief changes that became part of the final film as a result of the actor's ideas and suggestions.

Raw Takes (7:57) is as it sounds. Raw Footage of some of the films left-out moments. These are presented in the letterboxed format.

Master of Sound: Alan Splet (10:59). This is basically a brief appreciation of the work done by the great sound technician Alan Splet. The introduction's by Dead Poets Society Director Peter Weir and David Lynch then discusses the artist for the rest of the extra in compassionate detail of their collaborations.

Cinematography Master Class - An Intensive and Inspirational Lighting Workshop (14:47). It's going to be pretty interesting material for anyone with an interest in working in cinematography as an area of study or for those who are simply curious about the process. The piece has specific information about how the technical side of cinematography is done. It's a brief but informative mini-lesson in the filmmaking craft. 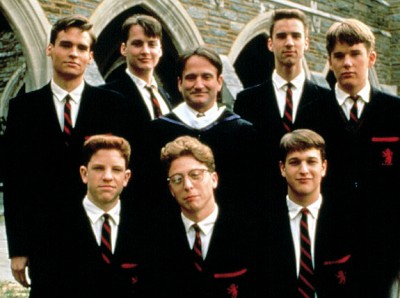 Dead Poets Society has a special place in my heart as one of the most moving, honest, and genuine stories in cinema. Director Peter Weir and Screenwriter Tom Schulman gave every viewer a wonderful gift with this magical effort.  If you have ever felt inspired to be better, true to yourself, and to live life to its fullest while following the dreams of your heart and mind this is a movie made for you. It can also open up the mind to new possibilities with that majestic spirit found within the story. It's when I see movies as powerful as this one that I remember why I love cinema and how important the art-form is to the humanities. Highly Recommended.