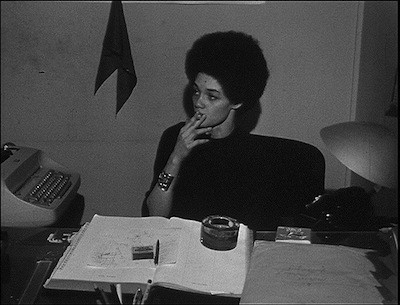 Things may have changed since I was in school, but my only recollection of any civil rights leader ever being discussed at length in American history classes is Dr. Martin Luther King, Jr. There were brief mentions of Malcolm X and Cesar Chavez, and we also learned who Rosa Parks was, but any more meaningful profile of more aggressive political leaders was nowhere to be found. While I have, of course, gathered additional knowledge over the years, The Black Power Mixtape 1967-1975 is still a revelation, a documentary that both educates and informs, but also entertains.

Though credited to director Göran Olsson, The Black Power Mixtape is more of a collaborative effort spreading back more than forty years. The footage used to construct the documentary is taken from a variety of Swedish television broadcasts. Sweden took an active interest in American culture at the time, exploring our internal struggles and racism, as well as condemning the war in Vietnam. Their distance from the issue allowed for a fascinating perspective, and unlike most of the news media in our own country, they viewed the Black Panthers and similarly minded African American leaders as essential figures in an understandable and necessary revolution. As a result, they gained unprecedented access to Black Panther headquarters and social centers. Stokely Carmichael visited Stockholm with his mother, Eldridge Cleaver let camera crews into the Black Panther embassy while in exile in Algeria, and Angela Davis talked at length with a European reporter while in prison awaiting trial. 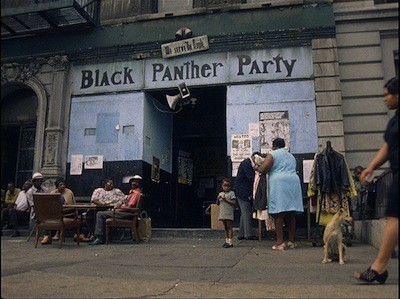 The alternative perspective is astonishing for both new viewers and people more educated in the truth. Olsson has gathered up contemporary African American figures, as well as a few surviving voices from the past, to watch the footage and comment. Their reactions can be heard as voiceover. Rapper Talib Kwali, for instance, is surprised by the humanity of the news pieces, and it also reinforces for him his connection to the Black Power movement of yesteryear. Footage of a black bookstore in Harlem in the 1970s reminds him of one he worked at in Brooklyn in the 1990s. A piece on a typical African American family in the late '60s inspires Erykah Badu to sing the coded songs they taught her in school to discourage questioning authority. In other clips, Harry Belafonte looks at himself as a young man meeting Swedish dignitaries, and Angela Davis reflects on the larger meaning of the struggle.

Smartly, Olsson keeps his commentators off-screen, avoiding letting The Black Power Mixtape turn into a talking-heads documentary. What historical context is not provided in the journalist's copy from the actual broadcasts is given via short news clips of other events or text in the upper corner of the frame. Olsson never lets his audience lose a sense of time and place, and he builds the framework naturally, moving in chronological order across the years. Raw footage is also enhanced by new music from Ahmir "Questlove" Thompson, drummer for the Roots and a respected hip-hop producer. His compositions, like the film itself, blends old and new, mixing vintage musical lines with more up-to-date rhythms, but avoiding making any of it too domineering. (The musician also contributes to the voiceover.)

The Black Power Mixtape 1967-1975 ends on a sobering note. Harlem always served as a microcosm of black culture, and as drugs flooded its streets in the early '70s, they had a damaging effect on African American empowerment. Years of fighting back had brought about some victories, but it also caused fatigue. As with most of the political activism that had survived the turn of the decade, the Black Power movement was losing steam. Yet, there were still voices struggling to be heard, and some of those voices still speak up and, as this movie illustrates, there are others speaking alongside them. Olsson provides the right perspective for why everything shown in the previous 90 minutes still matters and where we can take the inspiration it engenders from here. It's a compelling message, one that seems particularly relevant as disparate individuals gather across the country to protest economic injustice. There is much to be learned and considered from the past, much to be gleaned from the success and failures of those that fought before, and for that, The Black Power Mixtape 1967-1975 is certainly a vital place to start. 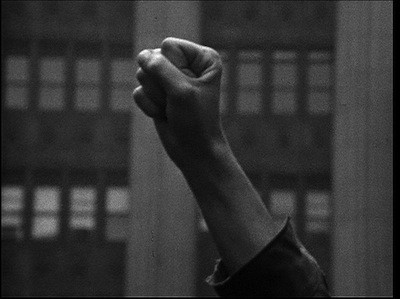