A good-enough Hanna-Barbera late entry for the smarter-than-the-average type bear. Warner Bros.' Archive Collection, the online M.O.D. (manufactured on demand) service that has been a boon to resurrecting all those hard-to-find H-B artifacts we oldsters grew up on, has released Yogi's First Christmas, the 1980 syndicated feature starring Yogi, Boo Boo, and Ranger Smith, with some special guest stars including Huckleberry Hound, Snagglepuss (even), Augie Doggie and Doggie Daddy, and Cindy Bear (and let's not forget the fat man himself, Santy Claus). Almost critic-proof, Yogi's First Christmas isn't rocket science: it puts some H-B superstars together in a Yuletide-themed story filled with a lot of gags, and the Christmas-minded small fry―even if they've never heard of these characters―will respond favorably. No extras for this good-looking transfer. 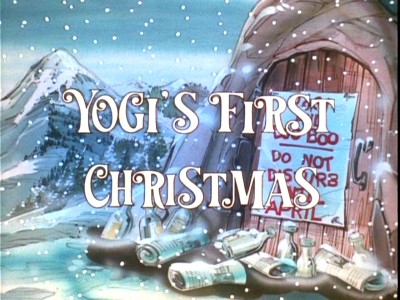 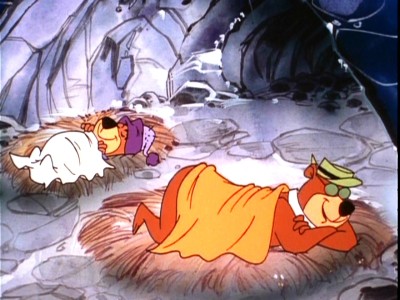 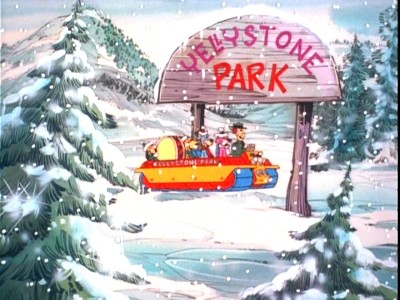 If I saw Yogi's First Christmas when it premiered in first-run syndication back in 1980, I don't remember doing so (I was 14-years-old...so I may have watched it on the sly). I'm sure I've caught it since, because it seemed so familiar to me (we've probably got a VHS of it stuck in a box somewhere). But then again...that familiarity could be because Yogi's First Christmas has elements of at least a half-a-dozen other Christmas movies and specials incorporated into its storyline, from Dr. Seuss' How the Grinch Stole Christmas to Disney's The Snowball Express, to Der Bingle's White Christmas. I'm not going to spend a lot of time discussing or picking apart Yogi's First Christmas―in fact, I'm going to spend almost no time at all on it―because there's really no point in doing so for the fans and kids who are the most likely to wind up watching this. 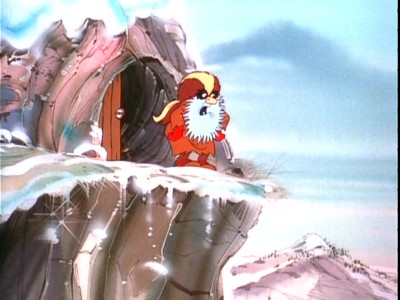 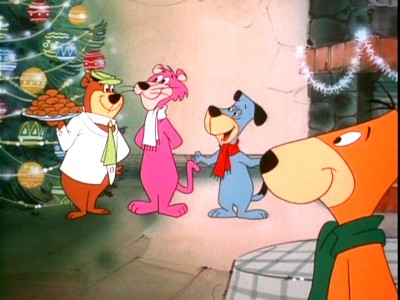 Now, fans of H-B who grew up on holiday-dial offerings like this aren't going to find too much to complain about here because they already have a nostalgic soft spot for vintage TV specials like Yogi's First Christmas. In those pre-cable, pre-VCR days, being home for Christmas break (yas...Christmas break―my Hanukah-celebrating best friend next door called it the same thing) meant watching a lot of TV, and usually, in addition to your regular series that featured Christmas-themed episodes (winner hands-down was The Odd Couple's Christmas Carol take-off), a whole slew of one-offs would hit the networks and local stations (through syndication), as Yogi's First Christmas certainly did, year after year. As for the little kids today who might watch Yogi's First Christmas, they're not going to care one bit that it was made in 1980, nor that it's derivative as hell. All they care about is whether or not it will make them laugh and keep their interest for 90 minutes. Which Yogi's First Christmas does. 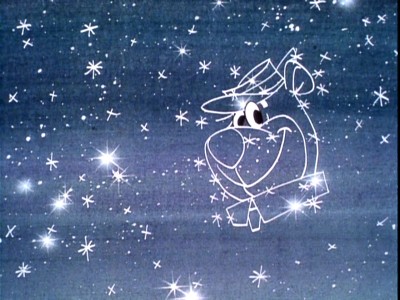 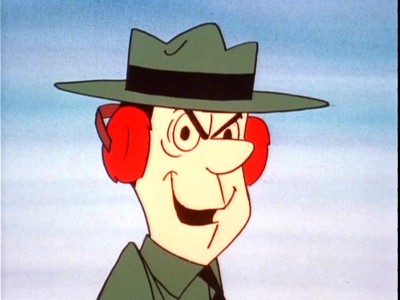 Surprisingly, some heavyweight talents are behind the scenes here, including veteran animator/director Ray Patterson (Dumbo, Fantasia, Tom and Jerry, Spider-Man), and Tony Award-winning (for How to Succeed in Business Without Really Trying) scripter Willie Gilbert. That kind of professionalism doest save Yogi's First Christmas from the usual (and at least in this particular effort, frankly embarrassing) continuity flubs that dogged the quickly and cheaply-made H-B product from this time period, but it does ensure that the product moves surely through its admittedly thin story, with a modicum of gags that work well within the story's framework. Even though some of the songs are recycled from other H-B efforts, they're innocuous and sometimes even a little fun (Boo Boo's Hope is a sweet effort, and Cindy Bear's tune about kissing Yogi under the mistletoe was an up-tempo charmer), and the accompany montages are frequently quite clever (I liked the one where Yogi turns into a star constellation and then a snowflake). Just as a baseline, I had a couple of my younger kids watch Yogi's First Christmas with me (didn't have to ask; when they saw the cover, they all yelled to see it), and there was no complaints from the Peanut Gallery: they laughed in a few spots, and they smiled briefly here and there at one or two of the songs, and they didn't leave before the show was over. Can't get a better recommendation than that. 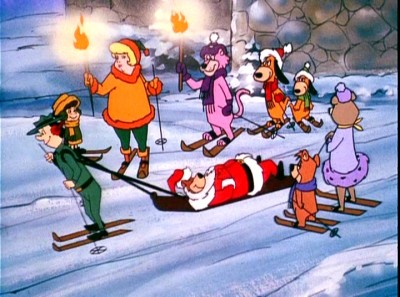 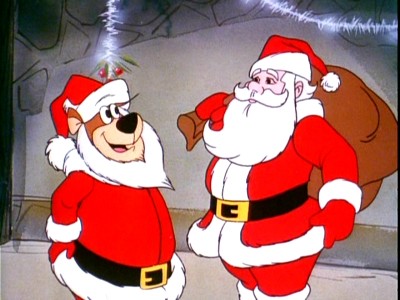 The Video:
The full-frame, 1.33:1 video transfer for Yogi's First Christmas looked fairly good, with solid color and correct values, a sharpish image, and just a few screen anomalies (scratches, dirt). No compression issues that I saw.

The Audio:
The Dolby Digital English split mono audio track was re-recorded at a decent level, with hiss noticeable but not at all distracting, and no close-captions or subtitles.

The Extras:
No extras for Yogi's First Christmas.

Final Thoughts:
Animation isn't all Fantasias and Pixar® "triumphs," you know (did you see Cars 2???). It's also the meat-and-potatoes sked-fillers like Yogi's First Christmas, a syndicated romp that may look skimpy to some, but which made a whole bunch of kids back in 1980 very happy to be sitting in front of their Curtis-Mathis and Sony Trinitron sets. And it plays just fine, 31 years later, for today's small fry set, as well. I'm recommending Yogi's First Christmas.