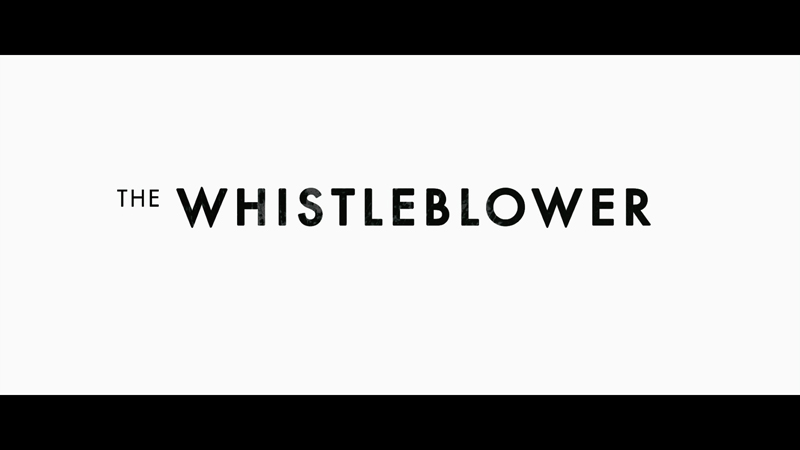 
The Movie
It's somewhat ironic that I sat down to write this review on the day that Penn State football legend Joe Paterno died. His involvement is a sex-abuse scandal boiled down to one thing in the eyes of the public: when he found out what was allegedly happening, many felt he didn't do enough to help stop it. Meanwhile, The Whistleblower, set in 1999 and based on the story of Nebraska cop-turned-United Nations peacekeeper Kathy Bolkovac, is all about what can happen if someone does step up to their ethical responsibilities. Unfortunately, the results, as many can guess, aren't much more positive than what happened with Paterno.

Bolkovac (Rachel Weisz) is a police officer whose ex-husband is moving away with her daughter, but she can't get a transfer to be closer to her, and can't afford to move. That's when she finds out about a lucrative job with Democra Security, making $100,000, tax-free, for a six month tour in Bosnia as a peacekeeper. The money is too hard to turn down, and she finds herself in a drab hell full of corrupt locals, made worse by their view of women, and the questionable quality of the Democra employees she's working alongside. It only gets worse when she actually does her job and starts sticking up for the abused women she meets on the job. Though it gets her a new, more important position, it also puts her at odds with her fellow peacekeepers.

That issue comes to a head when she helps bust a prostitution ring, which as it turns out is part of a human trafficking system, turning women into sex slaves, two of whom she meets and becomes a protector to, raising the stakes for her. It seems this trafficking is not only ignored by UN workers in Bosnia, but also apparently utilized and actively assisted and possibly run by them, and since they have diplomatic immunity, they act with impunity. This puts her in directly conflict with her co-workers and employers, in the middle of what's still something of a war zone, with just two allies, Madeleine (Vanessa Redgrave) and Peter (David Strathairn), who seem to be more capable in trying to remind her to be safe than in actually assisting her. Needless to say, it's a tough road for her to travel. 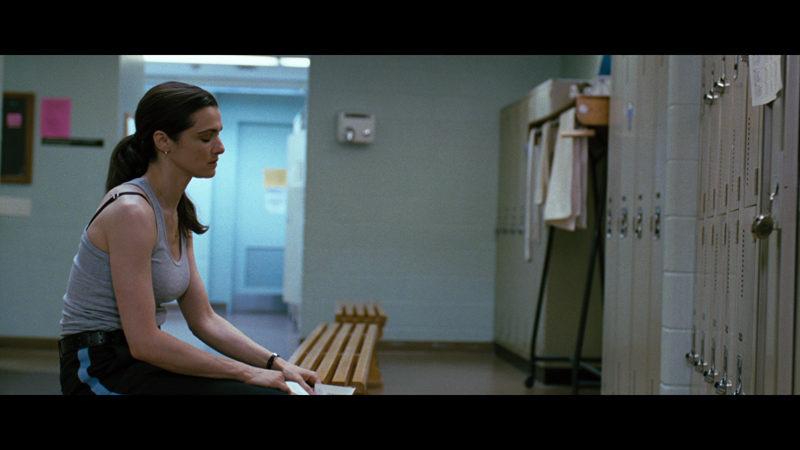 The great thing about a story filled with doublecrossing and paranoia is it opens the doors to true suspense, as nothing you see can be fully trusted. But if you take it too far, nothing you see means anything. The Whistleblower has an advantage in this area though, because it's established that it's based on a true story, and it's also established that the world of Kathy Bolkovac is populated by truly awful people, so inside the built-in realism, just about anything is possible. (By the way, take that idea to its worst extremes. I felt more comfortable watching Hostel than this film at many points, especially since many of the more brutal parts are suggested or just off-screen, making them far more realistic and disturbing.) That element of surprise is incredibly freeing for a thriller, and this film takes full advantage of it, as the viewer is left as unsure of what to believe as Bolkovac, creating a bond with the character.

Weisz is a big part of making that work, playing Bolkovac as a genuine heroine, not a superheroine, as is so often the case in women-against-the-world tales. That Weisz gives a performance as good as anything she's done since The Constant Gardener (and if we're being honest, better than basically everything that preceded her Oscar win) helps sell the drama, and is also a credit to first-time feature director Larysa Kondracki, who shows a deft hand in tackling a rather extreme story (aided by her role as co-writer, with fellow feature-writing rookie Eilia Kirwin.) Certainly it helps having a cast featuring reliably great actors like Strathairn, Redgrave and Monica Bellucci (as a morally-questionable bureaucrat), as well as Benedict Cumberbatch and Dane Nikolaj Lie Kaas (The Idiots and the underrated Adam's Apples), but there are far too many all-star flops out there to not applaud Kondracki's talent wrangling.

Playing the film with a dismal, fear-inducing atmosphere, it's a bit old-school in its construction, eschewing hyper editing and visual gymnastics for more visceral, emotion-building techniques, like playing with light and blurring images to keep danger just out of sight. Though I'm a big fan of David Fincher and Paul Thomas Anderson, there's something to be said for letting the audience experience the film in the same way as our heroine, and the bumpy, sometimes disorienting look is certainly an appropriate technique to use in telling Bolkovac's story. If anything doesn't work quite as well as the rest of the film in establishing a mood of discomfort and dischord, it's got to be the music, which can be a touch overbearing, serving to underline points which seem rather definitive on their own. It may be a result of the music department's background in television, where subtlety is not really rewarded. Thankfully, it's more of an issue with overdoing it, than doing it wrong. 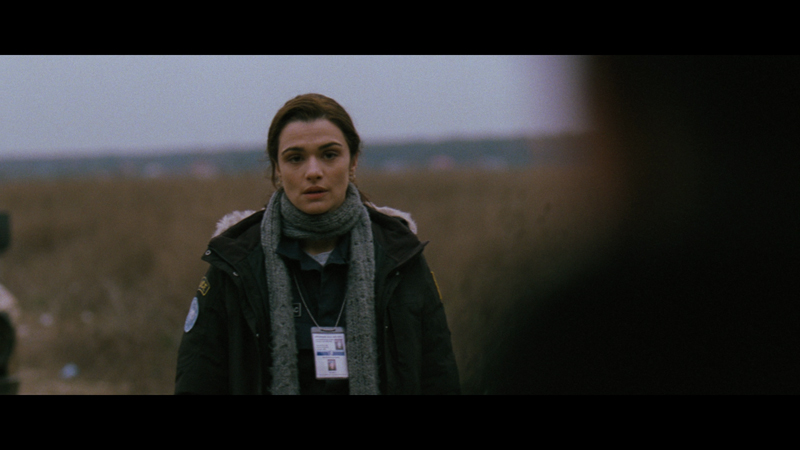 The Disc
This film arrives on one Blu-Ray disc, in a standard BD keepcase. The disc features an animated main menu with options to watch the film, select scenes, adjust the languages and check out the extra. There are no audio options, but subtitles are available in English SDH and Spanish.

The Quality
The Whistleblower is a very dark, gritty film, and it looks quite nice in this 1080p AVC-encoded 2.35:1 transfer. Like Bolkovac's world, the look of the film is not clean, and it doesn't suffer from the presentation, with strong black levels, appropriate color and a very high level of fine detail (where the focus allows for it) and no issues with digital distractions. This easily could have been a muddy mess, considering the dirty colors and murky light-levels throughout much of the film.

Listening to this film, it's not the most engaging sonic experience, as the audio is similar to the visuals, creating a subtle, atmospheric environment befitting a compact, intimate tale. But what is there is impressive on this DTS-HD Master Audio 5.1 track, from the clear, crisp dialogue (a must when dealing with so many languages and accents) to the punches and surround elements, which build Bosnia around you through minor, yet effective touches in the side and rear speakers (at least when the score allows them room to play.)

The Extras
There's one extra, a 5:31 featurette about the film's inspiration, "Kathy Bolkovac: The Real Whistleblower." Filled with interviews with cast, crew and the real people involved, including chats with Weisz, Kondracki and Bolkovac, it's a boiled-down discussion of the things Bolkovac did and what still needs to be done. One thing is weird though, as Weisz' audio sounds like she was recorded in a tin can.

It would have been nice to hear more from Kondracki, as the experiences of a first-time feature film-director, especially one working on such an intense film with such big names, are bound to be worth a listen. 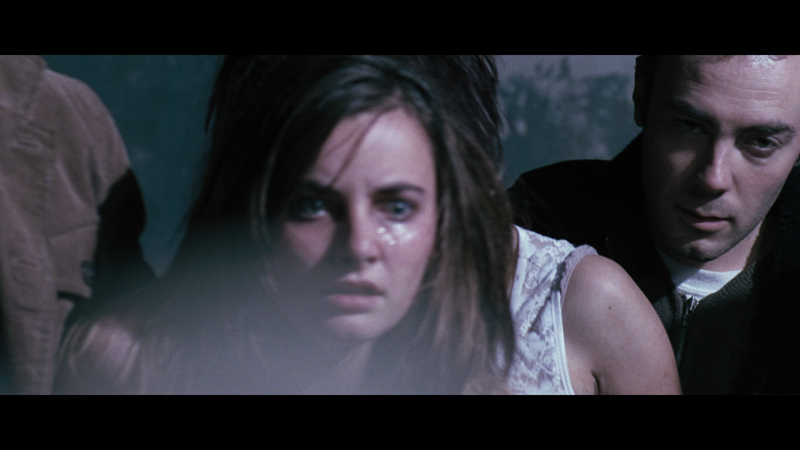 The Bottom Line
The Whistleblower is the kind of film you watch once, "enjoy" it, then never watch it again and wait for the creators to come out with something less hurtful to the soul. It's very well-made and full of excellent performances, but the subject matter is simply too painful to subject oneself to multiple times. The Blu-Ray looks and sounds solid all-around, and offers up at least one extra of some substance, so it's certainly a presentation that matches the power of the film, though the limited extras make it even less likely that you'll be revisiting this disc any time soon. But be certain to give it a look so you can start awaiting Kondracki's next movie.