Surprisingly deft, low-key mystery entertainment. CBS DVD and Paramount have released Father Dowling Mysteries: The First Season, a two-disc, seven-episode collection that gathers together the show's truncated 1988-1989 premiere season, along with the original telemovie pilot, Fatal Confession, that aired in 1987. A series that was probably noted more for its scheduling and network setbacks rather than ratings, Father Dowling Mysteries: The First Season holds up fairly well within producer Dean Hargrove's canon (Matlock, Diagnosis: Murder, Jake and the Fatman, and Columbo, among many others), offering up some laid-back, well-tuned mysteries starring Catholic priest and nun crime-solving team Tom Bosley and Tracy Nelson as irrepressibly curious amateur sleuths. Just promo bumpers as extras for these so-so transfers. 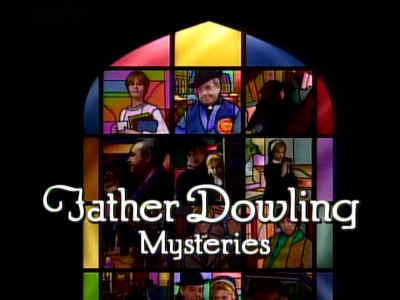 Based somewhat loosely on the Father Dowling mysteries from noted author Ralph McInerny, Father Dowling Mysteries's set-up is relatively straight-forward and unassuming...much like its execution. Catholic cleric Father Frank Dowling (Tom Bosley) operates the financially-stressed St. Michael's church in a somewhat run-down neighborhood in Chicago, Illinois. Filling out his tiny staff is Sister Stephanie Oskowski (Tracy Nelson), who goes by "Steve," a tough, resourceful former street punk saved by Father Dowling, and grousing housekeeper Marie Murkin (Mary Wickes). Both Father Frank and Sister Steve share a passion for crime solving, and every week, they invariably stumble upon mysteries as wide-ranging as international espionage to local drug dealing. Later in this first season, fussy, relatively clueless Father Philip Prestwick (James Stephens) will pop in from time to time, wondering why Father Frank and Sister Steve are always going off on their mysterious errands. 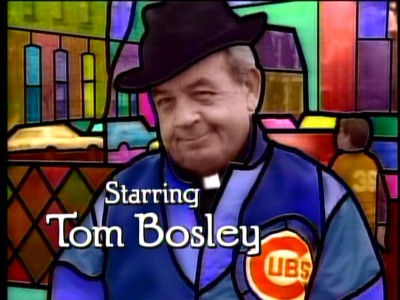 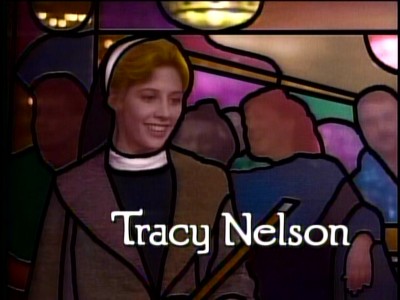 Father Dowling Mysteries is one of those series that, when it originally aired, you kept seeing it pop up unexpectedly on the schedule as you said to yourself, "Oh...is that still on?" Having gone straight from the monster ABC sitcom hit Happy Days in 1984, right into a prominent co-starring role in CBS's equally successful mystery series, Murder, She Wrote, actor Tom Bosley's familiar, easy-going TV persona was deemed ideal for number one-rated NBC's attempt to imitate their own successful mystery series, Matlock. Working with Matlock producer Dean Hargrove (whose career included producing stints for series like The Man From U.N.C.L.E., It Takes a Thief, and several seasons of Columbo), a made-for-TV movie pilot based on the popular Ralph McInerny Father Dowling mysteries was commissioned. Fatal Confession, scripted by no less than heavyweight author Donald E. Westlake, aired on November 1, 1987, where it generated decent-enough ratings to warrant a series commitment for Bosley. Bosley eventually left his popular role on Murder, She Wrote in 1988 (where theoretically he could have stayed for another eight seasons), and signed on for Father Dowling Mysteries...only to see production delayed by the writers' strike that year. It would be over a year after the original pilot aired before Father Dowling Mysteries would make it to the small screen, premiering January 20th, 1989 on Friday nights at 8:00pm...where it sputtered out against emerging hits Perfect Strangers and Full House on ABC (cat lovers, too, deserted Father Dowling for Beauty and the Beast over on CBS). NBC failed to renew the series that spring; however, ABC (as it would do later with Matlock), saw some life still left in the series, and picked it up as a midseason replacement for January, 1990. It managed to hang on the ABC schedule for one additional (and equally uneventful, ratings-wise) full season, before it was finally axed in the spring of 1991. 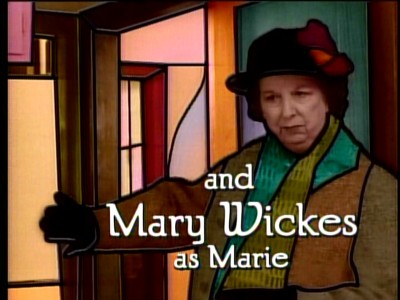 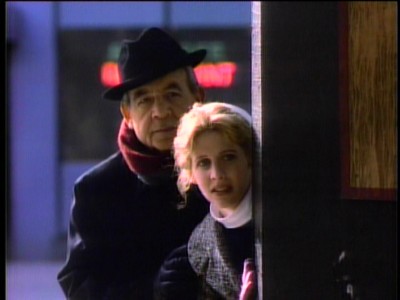 To be honest, I don't think I ever saw an episode of Father Dowling Mysteries when it originally aired. Murder, She Wrote was certainly required viewing at the time, but if I wanted more mystery, I might have checked out a Matlock now and then, but not Father Dowling Mysteries (frankly, all the delays and the network switcheroo probably signaled to me a troubled-if-outright-failed series, so I skipped it). Having watched this first half-season now, though...I rather like its calm, measured style. Having heard the concept back in 1987, I also avoided the series thinking that the producers and Bosley might overdo the whole Barry Fitzgerald/"Saints preserve us!" priest shtick, further compromised in the "cutesy pie" category by having his crime-busting sidekick be a street tough-turned-lock-picking-nun, Sister "Steve." Happily, Father Dowling Mysteries largely avoids those clichéd conventions, presenting instead a methodical, analytical amateur sleuth who also just happens to be a priest (trouble with the bishop is always threatened...but the series avoids this obvious dramatic conflict, too). If you 86'd the collar and changed his HQ, "Father" Frank could just as easily been a butcher or a baker. It's not that the producers and writers of Father Dowling Mysteries avoid showing Frank in his priestly duties; far from it. St. Michael's chapel, its confessional, and the priest's rectory are where about 70% of the series takes place. But interestingly, no one goes out of their way to make the series dependant on that particular angle. Sure, Sister Steve routinely goes undercover as a "party girl," generating some mild innuendos about the impropriety of these occupational clashes (Nelson is quite sweet in this role, playing well off the avuncular Bosley), and thugs regularly attend impromptu, unwelcome services at St. Michael's. However, religion and sermonizing and the accompanying rituals of the priesthood and church aren't as important to the series as one might first expect. 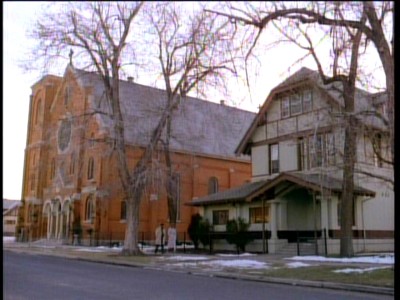 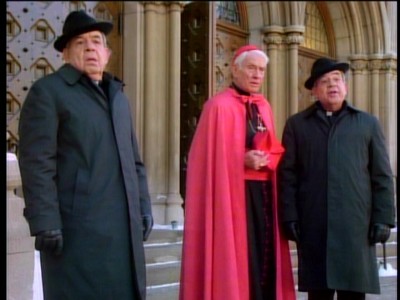 It's enough that we the audience know that these are two of the most defenseless sleuths on TV (no guns, no fisticuffs, no car-as-weapon, a la Cannon, not even prayer-for-revenge like the rest of us) to generate a lot of the suspense here; there's no need to invent silly, "precious" ways for Father Frank and Sister Steve to go toe-to-toe with the killers they find: they either run away, or call the cops. Simple. That may sound unexciting, but it's not, especially since the writers frequently come up with engaging little mysteries and surprisingly deft dialogue and characterizations that we can focus on (just to appease the action folks' expectations, Sister Steve's lead-footed car chases are a frequent running gag). We can laugh at that clichéd, classic TV standby of the "evil twin" that Frank has here in The Face in the Mirror Mystery, but like all the episodes in this first half-season, it's handled with admirable restraint, with Bosley (excellent, as always), underplaying both roles and letting the dialogue handle the rest. Father Dowling Mysteries has guest stars, of course, like Leslie Nielsen or Stella Stevens (in the pilot), but then it backs off from the "spot the faded star" gimmick of Murder, She Wrote to instead concentrate on plots, which are for the most part engaging. The opening pilot, shot on location in snowy, evocative Chicago (instead of relatively bland Denver, substituting for the Windy City, in the subsequent series) and featuring excellent scripting from old pro Westlake, is the highpoint of this season, no doubt (I love how Westlake has Father Frank ask everyone for a donation, regardless of propriety). However, later offerings are entirely respectable―not in the same league with Hargrove's seasons of Columbo, certainly, but probably better than the average Diagnosis: Murder you'll catch on The Hallmark Channel. Undemanding and yet quite deft within its calm métier, Father Dowling Mysteries is a welcome re-discovery. 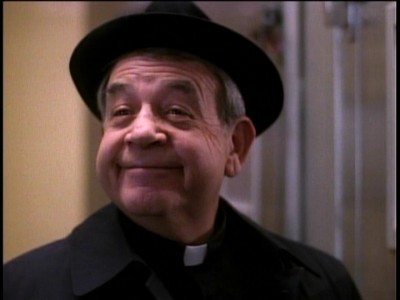 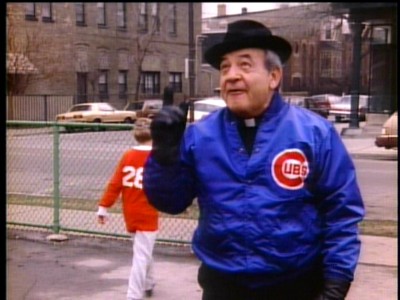 
The pilot episode finds Father Dowling and Sister Steve investigating the apparent suicide of a former parishioner. In between saying Mass, hearing confessions and managing a softball team, Father Dowling somehow finds the time to conduct his own investigation.


Father Dowling lands on the wrong side of the FBI after a dying man falls dead at his feet. Father Dowling puts the church in a bad light when he insists on tracking down the killer.

What Do You Call a Call Girl Mystery


Father Dowling comes to the aid of a man whose fiancée was murdered just as she was about to confess to being a prostitute. A search leads to three powerful clients, none of whom want to be involved in a scandal. 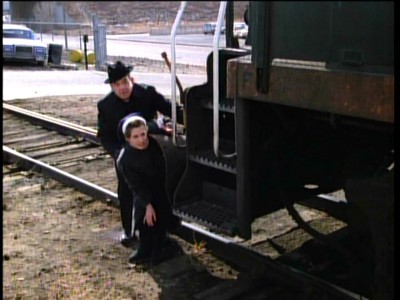 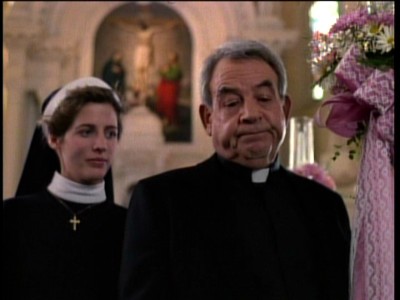 The Man Who Came To Dinner Mystery


Father Dowling finds himself caught in a bizarre mystery when he attempts to prove a fellow priest innocent of murder. He and street-smart schemer Sister Steve get more than they bargained for when they discover the young priest's family is indeed connected to organized crime.


Undeterred by appearances, Father Dowling sets out to prove a young priest innocent of murder after he discovers the priest has been framed by a member of his own family. Nothing is ever easy, of course, and when the real assassin is himself killed, Dowling must rely on a family member who is too timid to tell the truth.

The Face In The Mirror Mystery


When the good Father's evil half-brother shows up unexpectedly, Dowling suspects right away that the evil one is up to no good. After thwarting his brother's attempted diamond heist, Dowling finds himself in hot water when he discovers that the police can't tell the two brothers apart.


Father Dowling and Sister Steve find themselves in the most unlikely role of parents when an abandoned baby is discovered at the rectory. When they attempt to reunite mother and child they learn that the mother is being chased by violent kidnappers. 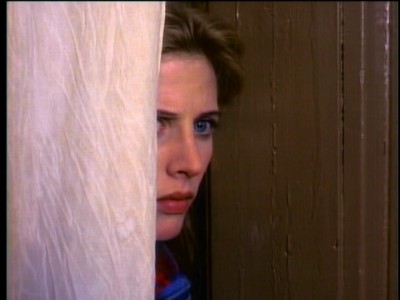 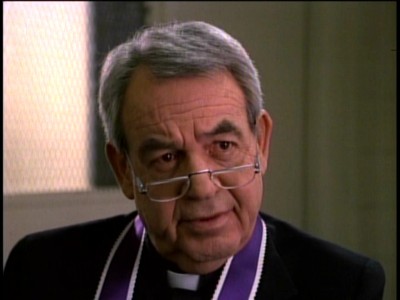 
The full-screen, 1.33:1 video transfers for Father Dowling Mysteries: The First Season are about what I expected, considering these Hargrove productions were often shot on film and then transferred and edited on tape. The pilot looks the worse for wear, coming over as a somewhat noisy, blurry VHS dupe, while the series proper is better, with muted colors, a somewhat darkish image, and no compression issues.


The Dolby Digital English 2.0 stereo track is clean but unremarkable, with little or no separation effects, and minimal fluctuation. English subtitles are included.


Quite nice, really, with a subdued tone, assured performances, and solid mysteries. Eschewing Murder, She Wrote's gloriously gamey "spot the has-been celebrity killer" gimmick, or Dick Van Dyke's sunny, bright atmosphere on Diagnosis: Murder, Father Dowling Mysteries: The First Season is a little glum, a little dark, a little meditative, and always very, very calm. And that's okay, because the mysteries are quite passable, and the dialogue isn't bad for this kind of outing. Bosley is TV-ready and friendly, too, and that always helps. I'm recommending Father Dowling Mysteries: The First Season.