Man Nobody Knew: In Search of My Father, CIA Spymaster William Colby, The 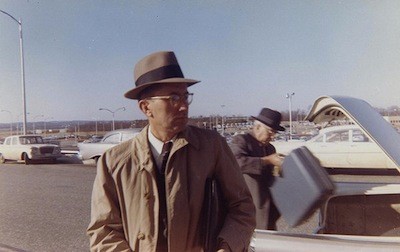 William Colby may not be a name that pops up in history books at first glance, but as the documentary The Man Nobody Knew: In Search of My Father, CIA Spymaster William Colby suggests, this is by design. When Colby did his job right, he wasn't noticed, and his downfall came when he stepped out of the shadows and into the public spotlight. This film purports to be a son's search for all that was left unrevealed, though for as much as his old man was a master investigator, Carl Colby falls a little short of his goal.

The brief history of William Colby, as told by the film, goes something like this: Colby was a soldier in WWII who volunteered for special duty and ended up working deep undercover behind enemy lines as an agent of the OSS. After the war, Colby moved over to the CIA and was assigned to stop the Communists from taking control in Italy. This was followed by an extended stationing in Vietnam, ostensibly to do the same thing. He spearheaded the clandestine Phoenix project to train the South Vietnamese people in counterinsurgency, and was working in President Kennedy's cabinet when the conflict took the wrong turn into a full-blown war. The film spends a good amount of time exploring where things went sour and how America ended up having to own the situation (the original version of Colin Powell's "you break it, you bought it" scenario).

Eventually, Richard Nixon appointed Colby to head the CIA. As Tricky Dick's scandals were coming to light, Colby discovered that the agency he had inherited was guilty of its own indiscretions, including illegal wiretapping and assassination plots. In an attempt to manage the fallout and keep his beloved organization from going under, Colby spent most of his career as director testifying before Congress. Eventually, he had no choice but to resign, leaving him to a life of private citizenry. 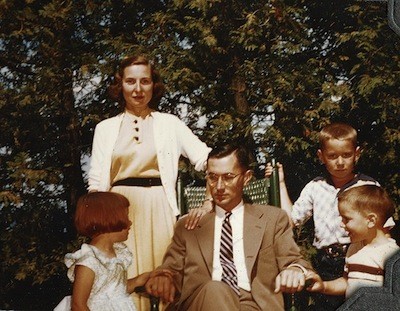 As The Man Who Nobody Knew takes great pains to point out, however, Colby didn't really have a private life. Though his wife Barbara and their many kids traveled with him on his extended "diplomatic" missions, William Colby was essentially an absentee father. In terms of his double life, he always preferred the other side of the equation, giving more time to his work than he did to his progeny. The result was a sense of increasing disconnect amongst the rest of the Colby clan, a division that Carl Colby is attempting to address here. His long-suffering mother even appears on camera, alongside former colleagues like Donald Rumsfeld and General Brent Scowcroft and journalists Bob Woodward and Seymour Hersh. Carl Colby himself speaks from behind the camera, though he only appears in photographs. One of the more interesting aspects of the narrative is how, as a teen in the 1960s, he began to realize that his father's hands were maybe not as clean as William Colby would have the family believe. My favorite anecdote is when Carl describes his relationship with William thusly: when things were good, William called him "sport;" when he was in trouble, it was "friend." It's a tremendous character detail that most fiction writers struggle to concoct, but can't really be invented.

Unfortunately, there is not nearly enough of that to balance out the extended history lesson that makes up most of the movie. The Man Nobody Knew: In Search of My Father, CIA Spymaster William Colby is often as dragged-out and unwieldy as its full title implies. It's as if the filmmakers have given it that subtitle so that we are clear on what the film is supposed to be about and hoping that we won't notice it isn't.

It's not that the story The Man Nobody Knew isn't interesting unto itself. Much of what Colby accomplished is quite fascinating, particularly the Quiet American-esque operations in Vietnam. The delivery, however, is quite dry, particularly as the Congressional hearings roll on and on. It's just talking heads and historical footage, lacking any flourish or any expressed facility for montage. The family interludes are also too few and far between. Perhaps the task that Carl Colby set out for himself was too large. His father was, in the end, unknowable. Yet, when it became clear that he couldn't crack the case, when going over these old stories wasn't going to get him any closer to the truth, Carl should have maybe shifted the focus to include more about his siblings and his remarkable mother. How all these events affected them seems to be where the heart of this documentary really lies. Ironically, his retreat from the personal suggests that Carl Colby may really be his father's son after all. 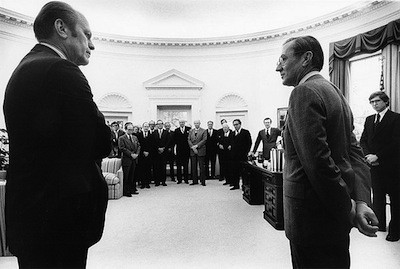 Programming Note: Director Carl Colby will be appearing at Cinema 21 in Portland, Oregon, to promote the film on Friday 1/20 and Saturday 1/21. Details here.