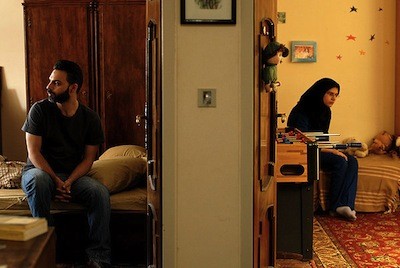 Had I seen A Separation just a month before, in its year of original release, it would have been amongst my top films of 2011. And it's good enough that I might have to bend the rules when it comes time to pick my favorites of 2012. The Online Film Critics Society, of which I am a member, voted it the best non-English film of last year. If I could, I'd definitely throw my weight behind it now, too. It's really that good.

A Separation is a narrative drama by Iranian writer/director Asghar Farhadi. It begins in a courtroom where an unseen judge officiates divorce proceedings between Nader (Peyman Maadi) and Simin (Leila Hatami). Simin has secured a visa to leave the country, but her husband does not want to go. He feels he must stay and take care of his ailing father (Ali-Asghar Shahbazi), whose age and Alzheimer's make it impossible for him to travel. He also doesn't want their eleven-year-old daughter Termeh (Sarina Farhadi) to be uprooted. The girl doesn't want to go either, though Simin suspects she's digging in her heels thinking it will keep her parents together. It works to a degree: Simin doesn't leave the country, but she does leave the house and moves back in with her mother.

To help around the apartment and take care of his father while he's at work, Nader hires Razieh (Sareh Bayat). She is a devout religious woman who, despite thinking the pay is too low and the commute brutal, must take the job in order to support her family. Her husband, Hodjat (Shahab Hosseini), lost his job at a cobbler's and has not been able to find another. He would disapprove of his wife working for a "single" man, so she and their young daughter, Somayeh (Kimia Hosseini), take the gig in secret. 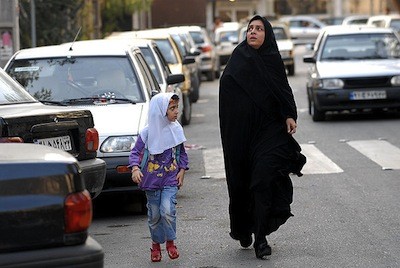 This is just the tip of Razieh's iceberg-sized problems. She's over four months pregnant and Hodjat's creditors keep putting him in jail. The woman isn't equipped to deal with all these things, and Nader's father proves to be a bigger handful than she expected. When Nader comes home one afternoon to find Razieh gone and his father on the floor, barely alive, he naturally gets upset. When Razieh appears, they argue, and he physically expels her from the apartment. What happens next--and really, how all of this went down--becomes a bone of great contention. Razieh miscarries, and she blames Nader. The baby was far enough along that, under Iranian law, he is charged with murder. Nader countersues for the abuse to his father. A long and heated battle gets underway.

Asghar Farhadi has created a complex and complicated human drama. The length it takes to describe A Separation's central conflict is indicative of just what a tangled mess these people's lives become. Though the split in Nader and Simin's marriage is the inciting incident in this story, it's not the only separation on display. The separation isn't even limited to being between the two families or their religious ideologies, there is at least one additional separation on each side. Neither husband nor wife is on the same page for either family. There is also a severe separation between perception and the truth, between what each person thinks happened and what really went down.

As the arguments grow heated and the contested facts pile on, our own personal take on what is happening becomes as knotted as the emerging explanations--and my stomach became knotted, as well. Farhadi creates an extreme tension by creating realistic characters and putting them in realistic situations. Both Razieh and Nader could go to jail, and maybe Hodjat, as well, and we fear for all of them equally. Though each participant in this mess can be irritating at different times, it's difficult to take any one side. Farhadi avoids creating any clear heroes or villains. These are all essentially good people trying to keep their lives from falling apart. Nader stubbornly clings to his belief that he's not at fault, even when it might harm his daughter's life, because her image of him is more important than an easy solution. Likewise, Razieh has no other way to deal with her loss, nor much option for how else to see her family through the financial crisis that grips them. 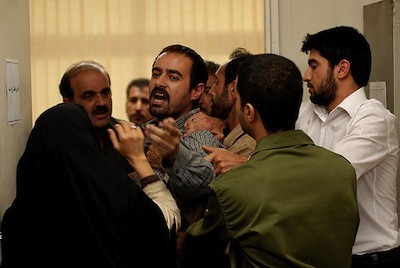 In terms of performances, you'd be hard-pressed to find a better ensemble of actors than this one. Each performer, from young to old, and regardless of how many lines they have, is compelling and believable. There is no one overriding emotion that defines their role. Shahab Hosseini as Hodjat, for instance, could have easily been boxed in as a hot-tempered loser, but instead he is shown as a proud man whose life failings have made him vulnerable. On the flipside, we get to see what a good father Nader can be, but that devotion to his family is also responsible for his having to make moral compromises. Or, at least, think he has to. Peyman Maadi portrays him as a man who is losing strength, and the more doubts he allows to be voiced, the harder it is to maintain his self-belief.

As is often the case in life, there is no satisfactory resolution for anyone caught up in A Separation's drama. There is no great victory to be won here, nor any singular, overriding truth. Farhadi stays true to the naturalism of the piece and let's the things that can't be known, that could not be witnessed or proven outright, remain just as ill-defined at the finish as they were at the start of the dispute. These schisms here can't be traversed or closed. This isn't to say A Separation itself is not satisfying, because it is very much the opposite, even if some of the feelings the ending inspires might be mixed. I still can't quite get at what I want to say about it. Is it that there being no winners or losers provides more comfort for the audience because this means that all of these characters that we have become so invested in will be able to carry on somehow? Or is it the universal feeling of disappointment, that regardless of background or philosophy, we all struggle? It could be that it's meant to shake us to our cores, and it's not positive at all. Regardless, one can't leave A Separation without being effected by it. Just as all of the players in its narrative touch one another, the film touches the audience in profound ways that can't be easily resolved. 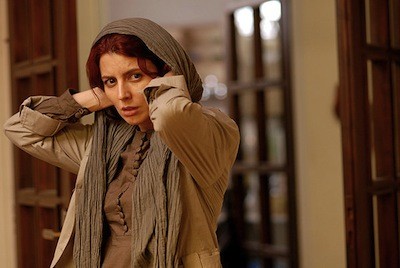